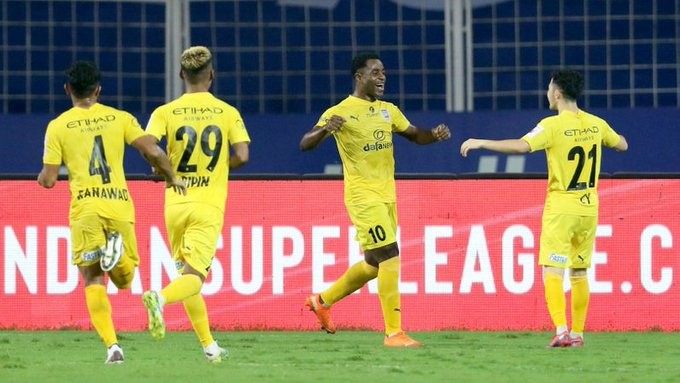 Chennaiyin FC will take on Mumbai City FC in the latest round of Indian Super League 2020-21 fixtures. The clash will be played at the GMC Stadium in Bambolim on January 25, 2021 (Monday). The teams have met each other 13 times in ISL and the two-time champions have a better head-to-head record, recording six wins compared to the Islanders five. Two games between the teams have ended in a draw. CFC vs MCFC Dream11 Team Prediction in ISL 2020–21.

Mumbai City have a five-point lead at the top of the team standings and will be looking to extend that even further. Meanwhile, Chennaiyin are in a slump, winning just one of their previous five games in the competition but will be hopeful of putting an end to this poor form. The two-time champions could go level on points with fourth-placed Hyderabad FC with all three points in this clash. Indian Super League 2020–21 Points Table Updated.

Chennaiyin FC had the better start to the game and their efforts were rewarded as Jakub Sylvestr put them in the lead late in the first half but the advantage was quickly canceled by Hernan Santana right on half time. Adam le Fondre scored 15 minutes from time to give the Islanders all three points in the game.

This meeting ended in Chennaiyin FC winning the game in the final moments of the match. In their late charge to the ISL finals, Lucian Goian scored seven minutes from time to give the two-time champions an all-important win.

This was a pretty cagey affair as none of the teams wanted to lose the game but Mumbai started to grow as time went on. The Islanders had a total of 18 shots in goal but were unable to score past Vishal Kaith, who was in inspiring form.

Chennaiyin FC has the lion’s share of possession but Mumbai City managed to get all three points as they were more clinical in the game. Raynier Fernandes opened the scoring early in the first half and the points were layer confirmed by Moudou Sougou.

Yet another game, where Chennaiyin dominated the possession but Mumbai came away with all three points. Moudou Sougou opened the scoring in the 20th minute of the game and it was enough to give Jorge Costa’s men a crucial win.

(The above story first appeared on Reportr Door on Jan 25, 2021 03:52 PM IST. For more news and updates on politics, world, sports, entertainment and lifestyle, log on to our website reportrdoor.com).