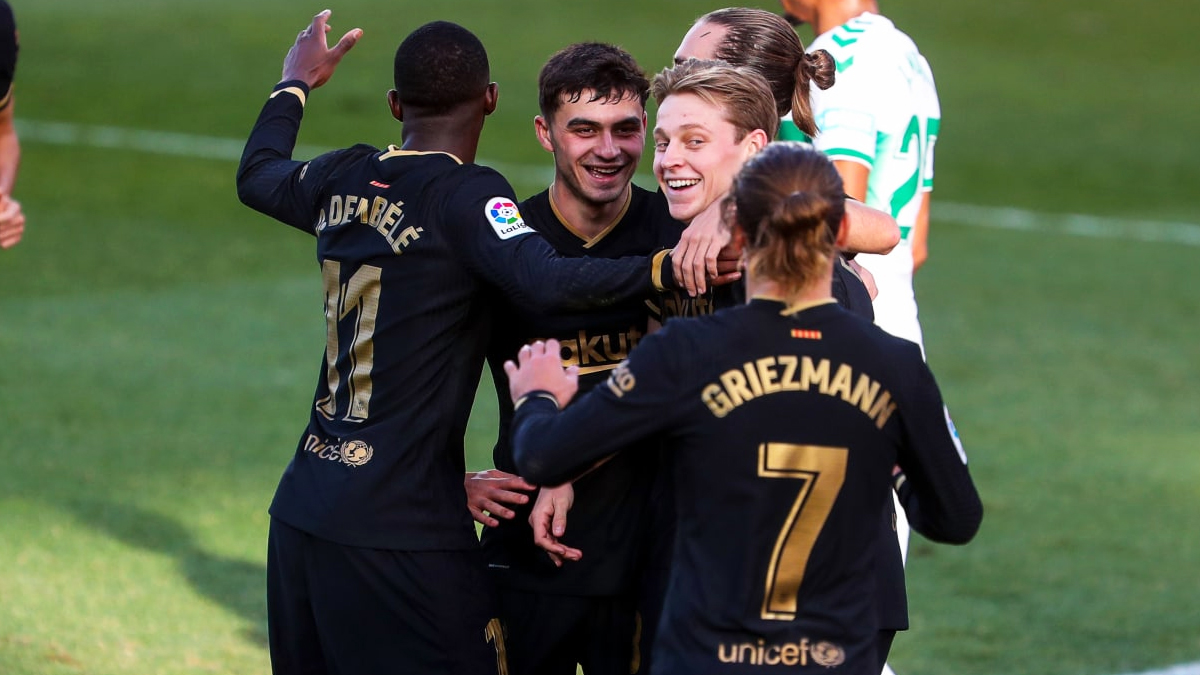 Barcelona extended their unbeaten streak in La Liga to nine games after beating Elche 2-0 away from home on Sunday (January 24). Barcelona were miss captain and talisman Lionel Messi, who was serving the second of his two-match suspension. But the Catalan giants found heroes in Frenkie de Jong and Riqui Puig who combined to take Barcelona to a 2-0 win and kept them in the race for the La Liga title. Barcelona remained third in the points table but still 10 points far from leaders Atletico Madrid. Four Footballers Die in Aircraft Crash in Brazil.

De Jong broke the deadlock in the 39th minute slotting home from inches outside the goal to put Barcelona ahead after Antoine Griezmann flicked a cross from Martin Brathwaite above the rushing Elche goalkeeper. Griezmann was denied then twice in the second half before Riqui Puig came on as a substitute and settled the game with a late header from a De Jong cross. Take a look at the goal highlights from the match.

Barcelona consolidated their position at third and are now at least three points clear of the fourth-placed Sevilla. The Catalan giants, however still have a 10-point gap between them and league leaders Atletico Madrid. Barcelona are on 37 points from 19 matches while Atletico have played 18.

(The above story first appeared on Reportr Door on Jan 25, 2021 10:05 AM IST. For more news and updates on politics, world, sports, entertainment and lifestyle, log on to our website reportrdoor.com).