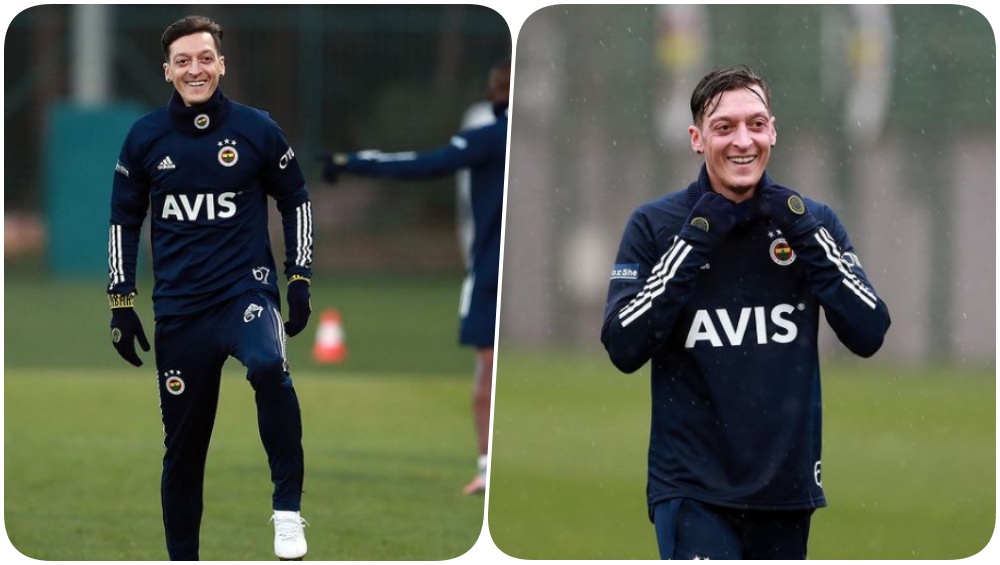 Last week Mesut Ozil quit Arsenal and joined Turkish Club Fenerbahce SK. Ozil had penned a note about his departure on social media and also said that he leaves the Gunnar with no regrets. In the social media post by Arsenal, he also reminisced the times where he won trophies together with the team which gave them a memory of the lifetime. Ozil also thanked the club for the opportunity they have given him to play for the club. Now, Fenerbahce SK has posted a few pictures on social media wherein he was seen training alone. Mesut Ozil Transfer News Update: Arsenal Star Arrives in Turkey Ahead of Fenerbahce Move (See Pics).

He has gone to the Turkish club for a reported fee of $475,000. Arsenal manager Mikel Arteta had also spoken about Mesut Ozil’s achievements at the club and praised him for his creativity and the vision he had for the game. Now, let’s have a look at the pictures shared by the Turkish club.

Another set of snaps

Ozil was committed from the Europa League squad and also did not feature in the Premier League games for a while now. He was also in the news for speaking up about the atrocities in Yiughir Muslims. Back then, Arsenal had said that it was Ozil’s personal opinion and did not have to do anything with the statement.

(The above story first appeared on Reportr Door on Jan 25, 2021 08:51 PM IST. For more news and updates on politics, world, sports, entertainment and lifestyle, log on to our website reportrdoor.com).