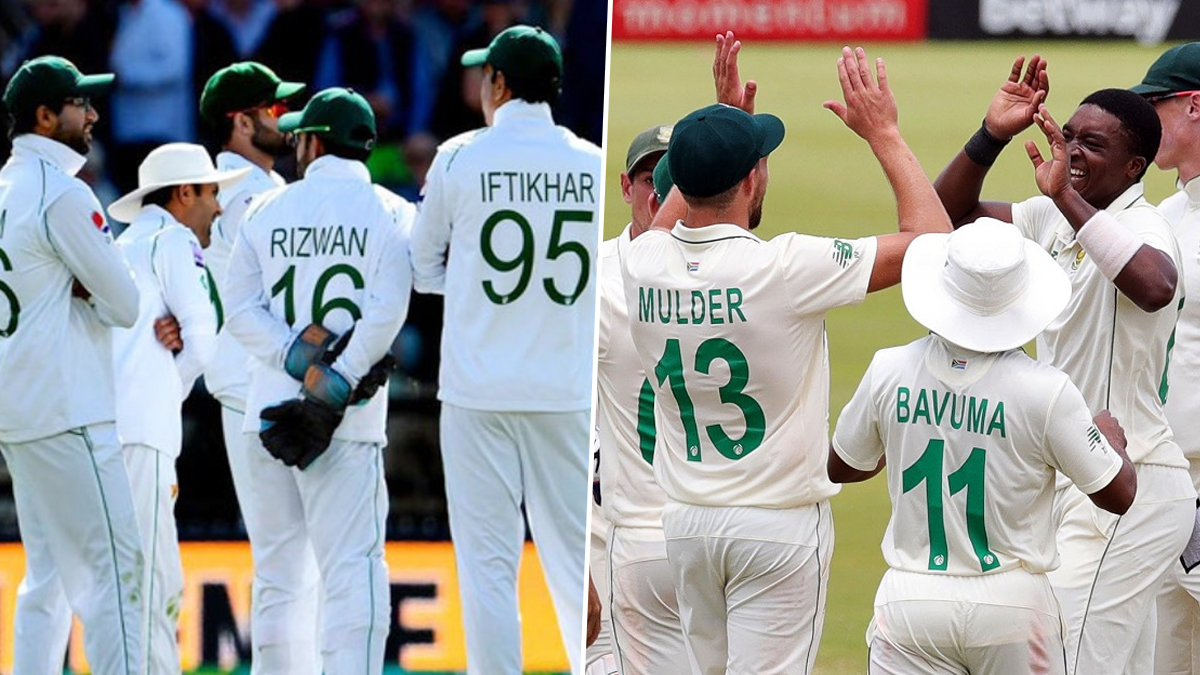 Pakistan will host South Africa in the first match of the two-Test series. The Pakistan vs South Africa 1st Test will be played in Karachi from January 26 (Tuesday). This is the first time in 14 years South Africa are touring Pakistan. The last time the Protea had visited Pakistan was in 2007 when they won the two-Test series 1-0 after beating Pakistan by 160 runs in the opening Test match at Karachi. South Africa will want to replicate the same result if not better. Pakistan have lost both of their last two Test matches and are winless in their last five. Meanwhile, if you are looking for the live telecast and live streaming online and other match details for the PAK vs SA 1st Test please scroll down for all relevant information. Pakistan vs South Africa 1st Test 2021, Rain Forecast & Weather Report From Karachi: Check Pitch Report of The National Stadium.

South Africa beat Sri Lanka 2-0 at home in their last Test series to end an eight-Test winless run while Pakistan were thoroughly thrashed 0-2 in New Zealand. Their last Test win was the victory over Bangladesh at home and since then Pakistan have played six and drawn and lost three each. Babar Azam, who missed the New Zealand series, is back for the South Africa Tests as a captain. The home side is also expected to hand debut to at least three players in the opening Test. PAK vs SA 1st Test 2021 Dream11 Team Selection: Recommended Players As Captain and Vice-Captain, Probable Lineup To Pick Your Fantasy XI.

Pakistan vs South Africa 1st Test 2021 will be played at the National Stadium in Karachi. The match will begin from January 26 (Tuesday). Day 1 of the Test will start from 10:30 AM IST (Indian Standard Time)

In India, fans can watch the live telecast of Pakistan vs South Africa 1st Test 2021 will be available on Sony Sports. Sony Network holds the broadcast rights for South Africa’s tour of Pakistan and will be live telecasting all the matches. Fans can tune into Sony Ten 2 and Sony Ten 2 HD channels to watch the Test live on television. In Pakistan, the match will be live on PTV Sports.

Fans in India can also follow the live-action of Pakistan vs South Africa 1st Test day 1 online. SonyLiv, the OTT of Sony Network, will be live streaming the clash online for fans in India. JIO and Airtel subscribers can also catch the match live on JIO TV and Airtel XStream apps.

(The above story first appeared on Reportr Door on Jan 26, 2021 09:15 AM IST. For more news and updates on politics, world, sports, entertainment and lifestyle, log on to our website reportrdoor.com).