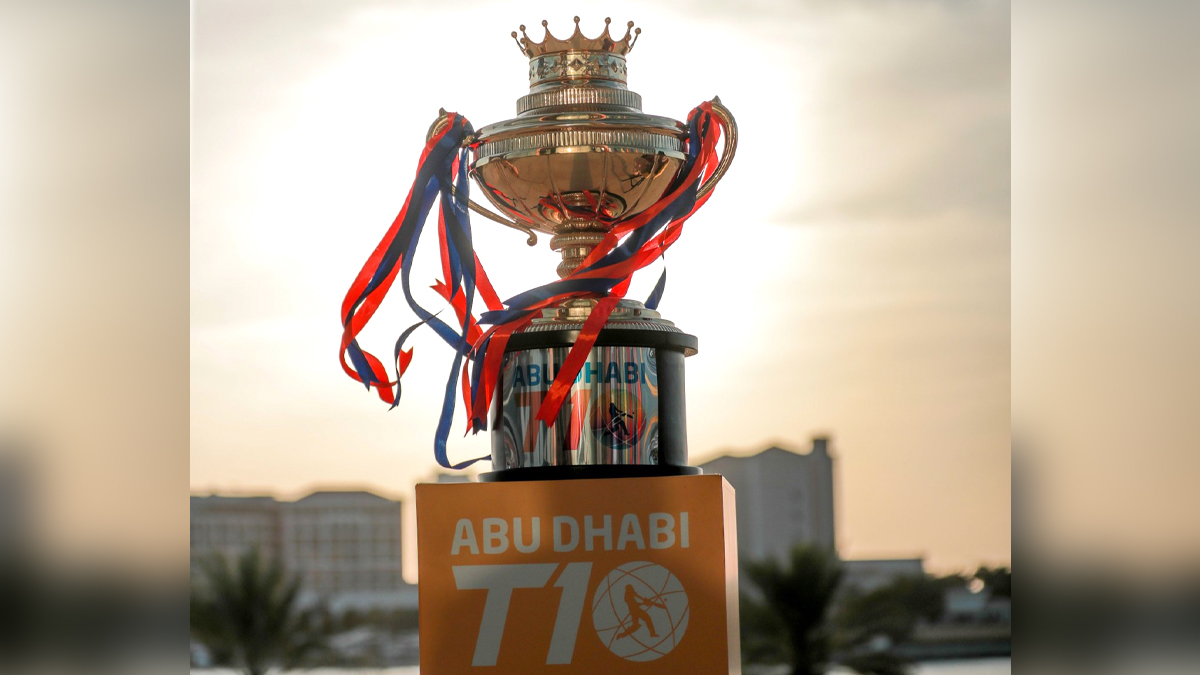 Fans must brace themselves for blockbuster cricket action as the Abu Dhabi T10 League is set to get underway on Thursday (January 28). This is the fourth season of the T10 tournament which promises a great tussle between the bat and ball. As many as 29 games will be played in the league from January 28 to February 6 at the Sheikh Zayed Stadium in Abu Dhabi. As the tournament’s name suggests, the matches will be a 10-over per side affair with time duration of 90 minutes. Each bowler gets only two overs a game and Powerplay lasts three overs with a maximum of 2 players allowed outside the 30-yard circle. Abu Dhabi T10 League 2021: T10 Perfect Format to Bring New Audiences to Cricket, Says Shoaib Malik.

A total of eight teams are taking part in the gala tournament which will be played in a round-robin format followed by semi-finals and the final. Just like the last season, the eight participating teams have been divided into two groups of four teams each. Notably, the slam-bang league is the only 10-over cricket tournament sanctioned by the International Cricket Council (ICC) and licensed by the Emirates Cricket Board. Meanwhile, we bring you Abu Dhabi T10 League’s live streaming details, venues, squads and everything you need to know.

The 12th edition of the Abu Dhabi T10 is scheduled to be played from January 28 to February 6. Eight teams will lock horns across 29 games including semi-finals and the final at the Sheikh Zayed Stadium in Abu Dhabi.

As mentioned above, the tournament takes place in a round robin format. All eight teams will play three matches in the league phase before moving into the Super League. A total of 12 matches in the group stage, followed by 12 more in the Super League, will determine the four teams in the playoff stage. The top-two ranked teams will lock horns in the Qualifier 1 for a berth in the finals whereas the third and fourth-placed team will meet in the Eliminator. The loser of Qualifier 1 and winner of Eliminator will contest in Qualifier 2 to get the other spot in the final.

The eight participating teams have been divided into two groups of four teams each. Group A consists of Maratha Arabians, Bangla Tigers, Delhi Bulls, and Northern Warriors. On the other hand, Deccan Gladiators, Qalandars, Team Abu Dhabi and Pune Devils and slotted in Group B.

(The above story first appeared on Reportr Door on Jan 27, 2021 12:54 PM IST. For more news and updates on politics, world, sports, entertainment and lifestyle, log on to our website reportrdoor.com).