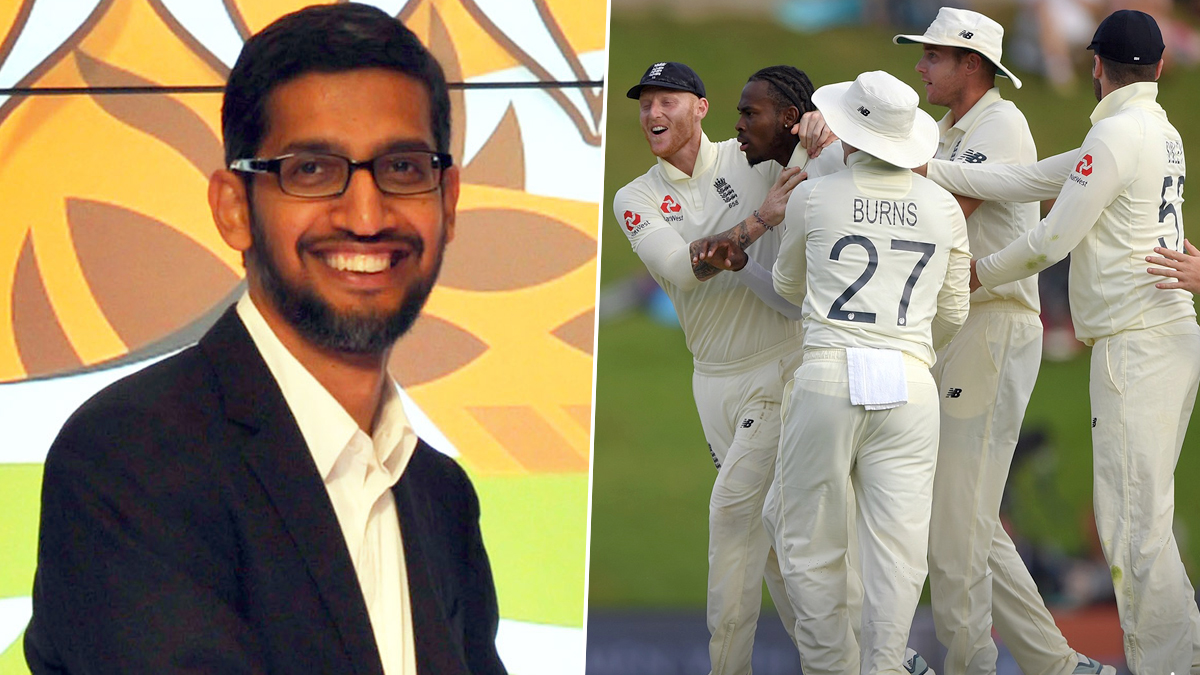 Google CEO Sundar Pichai welcomed England Cricket Team upon their arrival in Chennai for the first Test of the four-match series. “Welcome to my hometown, wish I was there. Should be a great series,” tweeted the 48-year-old. Hailing from Chennai, Pichai graduated from IIT Kharagpur before heading to the USA for further studies. Notably, the first Test match in Chennai will mark the return of international cricket in India after the COVID-19 halt and just like several other Indian cricket fans, Pichai is delighted. The home team must be on cloud nine after their historic Test series triumph over Australia. On the other hand, Joe Root’s men defeated Sri Lanka 2-0 recently and would aim to upset the Indian team. India vs England 2021 Schedule, Free PDF Download.

With the ICC World Test Championship final set to take place in June later this year, the series holds even higher significance. India, who are already at the top of the standings, can consolidate their position. On the other hand, fourth-ranked England need nothing less than a Test series victory to make a place in the finals at the Lord’s Cricket Stadium. Notably, India haven’t lost a Test series since the last nine years and are expected to extend their streak. Meanwhile, let’s look at how Sundar Pichai welcomed the Three Lions in his hometown. Here’s How IND & ENG Fared in Their Last Tussle on Indian Soil.

Welcome to my hometown @englandcricket wish was there for the game, should be a great series https://t.co/BNRDOQnnyO

England last travelled India in the 2016-17 season for a full-fledged series. Under Alastair Cook’s leadership, the visitors lost the five-match series 0-4. England also lost the ODI and T20I series by 1-2. Virat Kohli’s men will again start the series as favourites and England need nothing short of an extraordinary effort to breach India’s fortress.

(The above story first appeared on Reportr Door on Jan 27, 2021 04:07 PM IST. For more news and updates on politics, world, sports, entertainment and lifestyle, log on to our website reportrdoor.com).

ICC Introduces ‘ICC Player of the Month’ Awards to Recognise ‘Best Performances’
CSK, RR, MI, SRH React to IPL 2021 Player Auction Dates’ Announcement And They Are Worth Your Time!
Comment