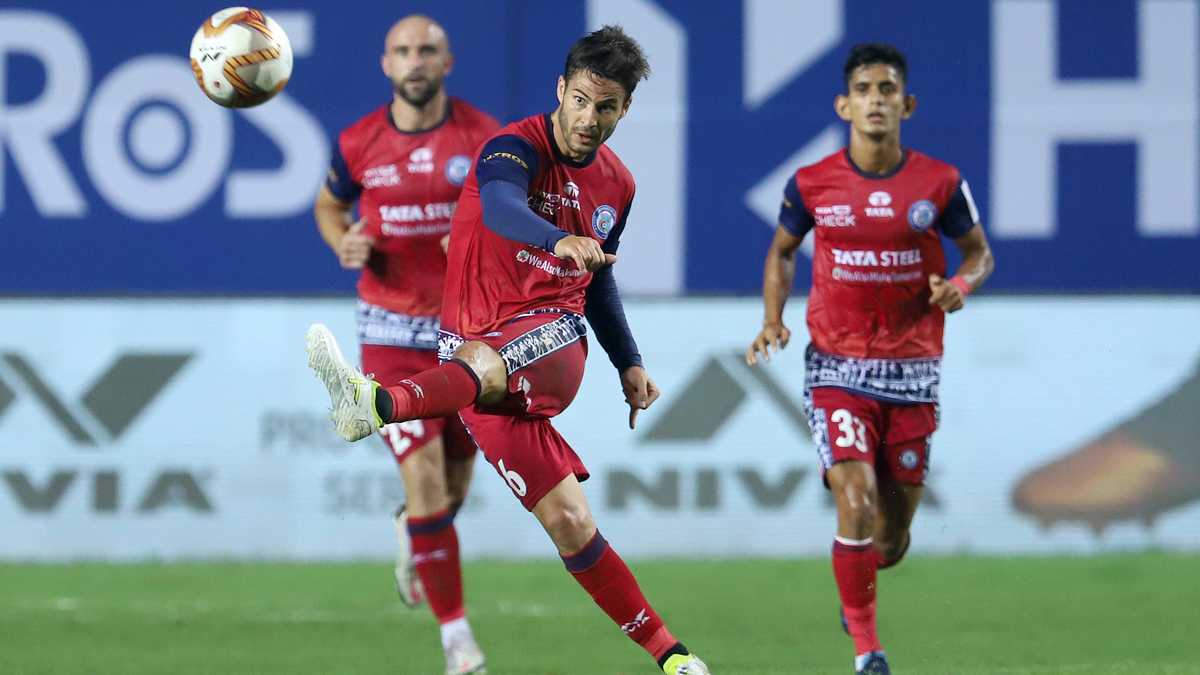 The Indian Super League 2020-21 match has an interesting fixture on the cards as Kerala Blasters FC and Jamshedpur FC will take on each other at the GMC Stadium in Goa. In this article, we shall have a look at the live streaming details of the match. But before that’s let’s have a look at the previous results of both teams. So Kerala Blasters FC walked into the game with a 1-1 draw with Rahul Kannoly Praveen scoring an equaliser. Kerala Blasters are placed on number nine of the ISL 2020-21 points table with 14 points. KBFC vs JFC Head-to-Head Records: Ahead of ISL 2020–21 Clash, Here Are Match Results of Kerala Blasters FC vs Jamshedpur FC Last Five Encounters in Indian Super League.

The Red Miners Jamshedpur FC are on number eight of the ISL 2020-21 points table. The team last faced the Hyderabad FC and they faced a goalless draw. The team had quite an okayish play during their last match. The team had 46 per cent possession and had 282 passes in the match. The team took six shots on target out of which one of them ended up being on target.

Kerala Blasters FC vs Jamshedpur FC ISL 2020-21 match will be played on January 27, 2020 (Thursday). The match will take place at the GMC Stadium in Goa and it is scheduled to start at 07:30 pm IST (Indian Standard Time).

Fans in India can live telecast the Kerala Blasters FC vs Jamshedpur FC match on Star Sports channels. Star Sports is the official broadcaster for Indian Super League (ISL) 2020-21 in India. Fans need to switch to Star Sports 2, Star Sports Hindi, Star Sports 2 HD and Star Sports Hindi HD channels to catch the live-action of JFC  vs KBFC match. Those fans not able to follow the clash live on television can enjoy the game live online on Disney+Hotstar, which will be live-streaming the JFC vs KBFC clash online for fans.

(The above story first appeared on Reportr Door on Jan 27, 2021 08:51 PM IST. For more news and updates on politics, world, sports, entertainment and lifestyle, log on to our website reportrdoor.com).