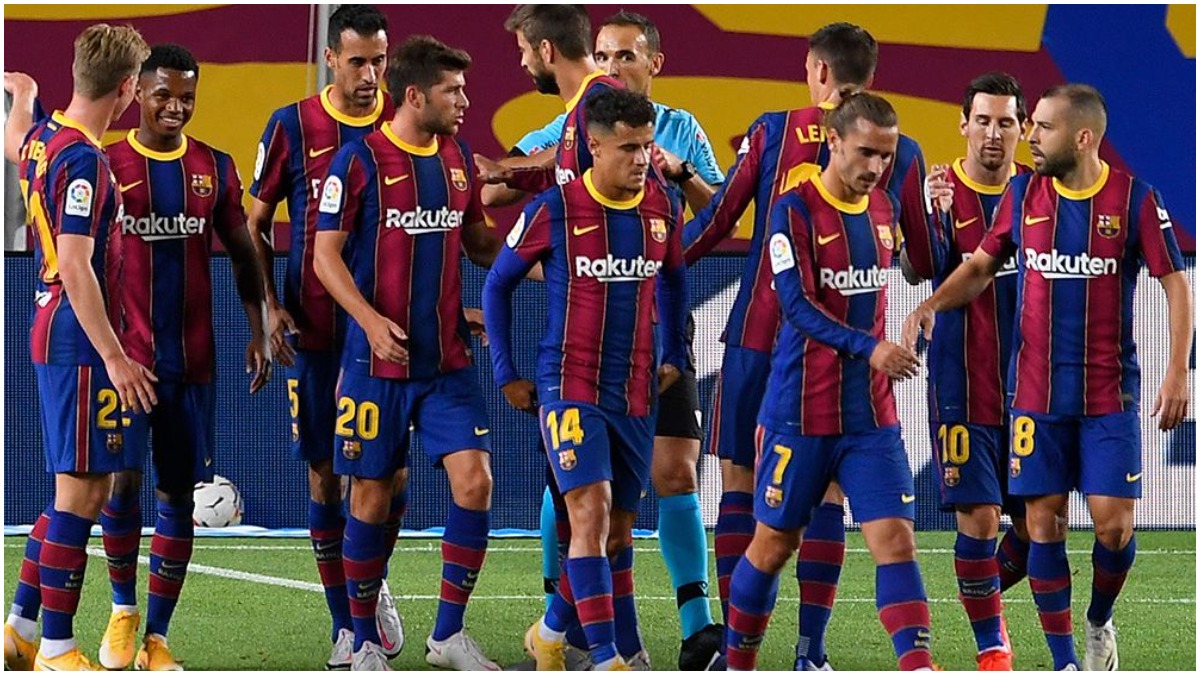 Barcelona turn their attentions to the Copa del Rey 2020-21 for a one-off Round of 16 tie against Rayo Vallecano. The encounter takes place at the Estadio de Vallecas Stadium in Madrid on Wednesday (January 27). The Catalan giants are coming off 2-0 victory over Elche and would like to extend their winning streak. On the other hand, Vallecano faced a 1-3 humiliating loss against Mallorca in their last assignment and would like to put up a better show against the La Liga giants. Meanwhile, fans can scroll down to get the live streaming, live telecast and other details of Rayo Vallecano vs Barcelona match. Lionel Messi Included in Barcelona Squad For Rayo Vallecano Clash After Completion of Two-Game Ban.

Notably, Argentine talisman Lionel Messi is expected to return for this fixture, boosting Barcelona’s morale even further. Notably, Barca have won all of their last 13 matches against the Madrid side. The last time Rayo Vallecano beat Blaugrana was way back in 2002. Going by the recent form of both teams, Barcelona’s triumph looks a mere formality. However, Rayo have La Liga experience and underestimating them at their den won’t be wise. As the upcoming contest gets lined up, let’s look at the streaming and other details.

Rayo Vallecano vs Barcelona match in the Copa del Rey 2020-21 will be played at the Camp Estadio de Vallecas Sadium on January 27, 2021 (Wednesday Night). The encounter is scheduled to start at 01:30 am IST (Indian Standard Time).

Unfortunately, the Rayo Vallecano vs Barcelona clash in Copa del Rey 2020-21 will not be telecast live in India as there are no official broadcasters available for the tournament in India. Fans can, however, follow the game on online platforms.

Where to Get Free Live Streaming Online of Rayo Vallecano vs Barcelona, Copa del Rey 2020-21 Football Match in India?

Fans can catch the live action of Rayo Vallecano vs Barcelona Copa del Rey 2020-21 clash on the online platform. You can log on to Jio TV to catch the live-action of the game.

(The above story first appeared on Reportr Door on Jan 27, 2021 08:49 PM IST. For more news and updates on politics, world, sports, entertainment and lifestyle, log on to our website reportrdoor.com).