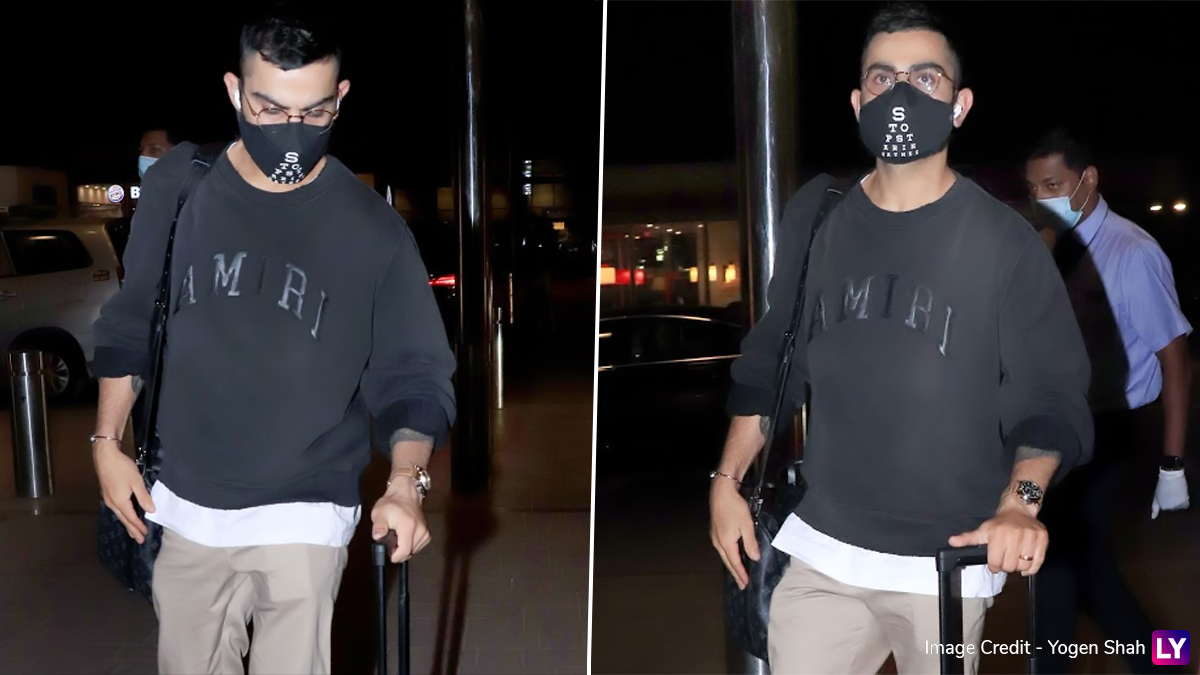 Virat Kohli, after missing the latter part of the Australia tour, is all set to lead the Indian team again in the full-fledged series against England starting from February 5, 2021. The Indian skipper travelled back to India to attend the birth of his first child but will now return to cricketing action and captain the national team against the Three Lions. India vs England Test Series 2021: Top Order Remains England’s Achilles Heel As India Cement Theirs.

The Indian skipper has left for Chennai to take part in the first Test against England in Chennai. Virat Kohli featured in the limited-overs series against Australia and played in the first Test, before returning back to India on paternity leave. The Indian skipper was spotted at Mumbai airport leaving for Chennai. Google CEO Sundar Pichai Welcomes England Cricket Team to His Hometown Chennai.

The England squad have also touched down in Chennai for the first Test match of the four-game series. The Three Lions squad who were playing in Sri Lanka reached the venue on Wednesday (January 27) while the likes of Ben Stokes, Jofra Archer, who weren’t part of the series, had landed a couple of days earlier.

The first Test will be played at the MA Chidambaram Stadium in Chennai starting from February 5, 2021. India are fresh off their series win in Australia while England are coming into this match on the back of their win against Sri Lanka. The hosts haven’t lost a Test series in nine years and look likely to extend that run.

(The above story first appeared on Reportr Door on Jan 27, 2021 09:17 PM IST. For more news and updates on politics, world, sports, entertainment and lifestyle, log on to our website reportrdoor.com).