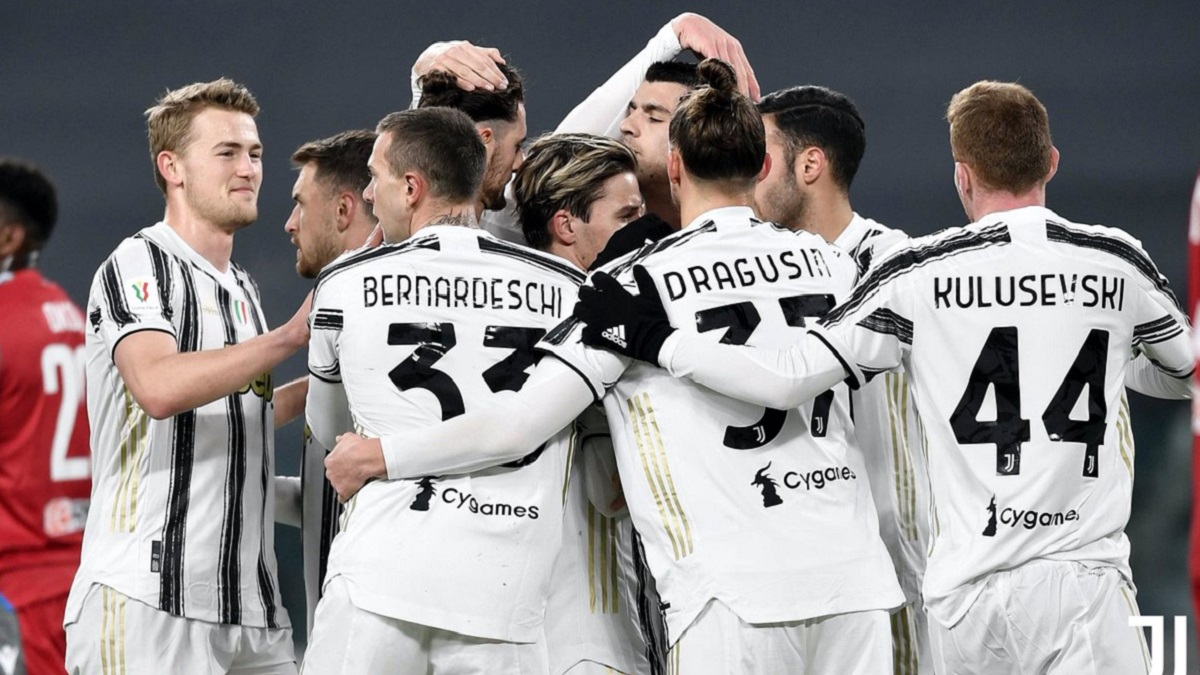 Turin, January 28: Juventus booked their spot in the semi-finals of the Coppa Italia after defeating SPAL at the Allianz Stadium here on Thursday. In the quarter-final clash, Juventus dominated SPAL to register an impressive 4-0 win. Alvaro Morata opened the scoring from the penalty spot in the 16th minute. Gianluca Frabotta doubled the lead in the 33rd minute as the first half concluded on 2-0, in Juventus’ favour.

Juventus continued their stunning performance in the second half as well. Dejan Kulusevski netted a goal to extend Juventus’ lead before Federico Chiesa too got onto the scoresheet, sealing the final scoreline. With this win, Juventus set up a semi-final match against Inter Milan, who defeated AC Milan to advance in the competition. Cristiano Ronaldo Reacts Angrily After Getting a Yellow Card During Napoli vs Juventus, Serie A 2019-20 Tie (Watch Video).

The first leg of the semi-final between Juventus and Inter Milan will take place on February 3, with the second leg slated to be held on February 10.