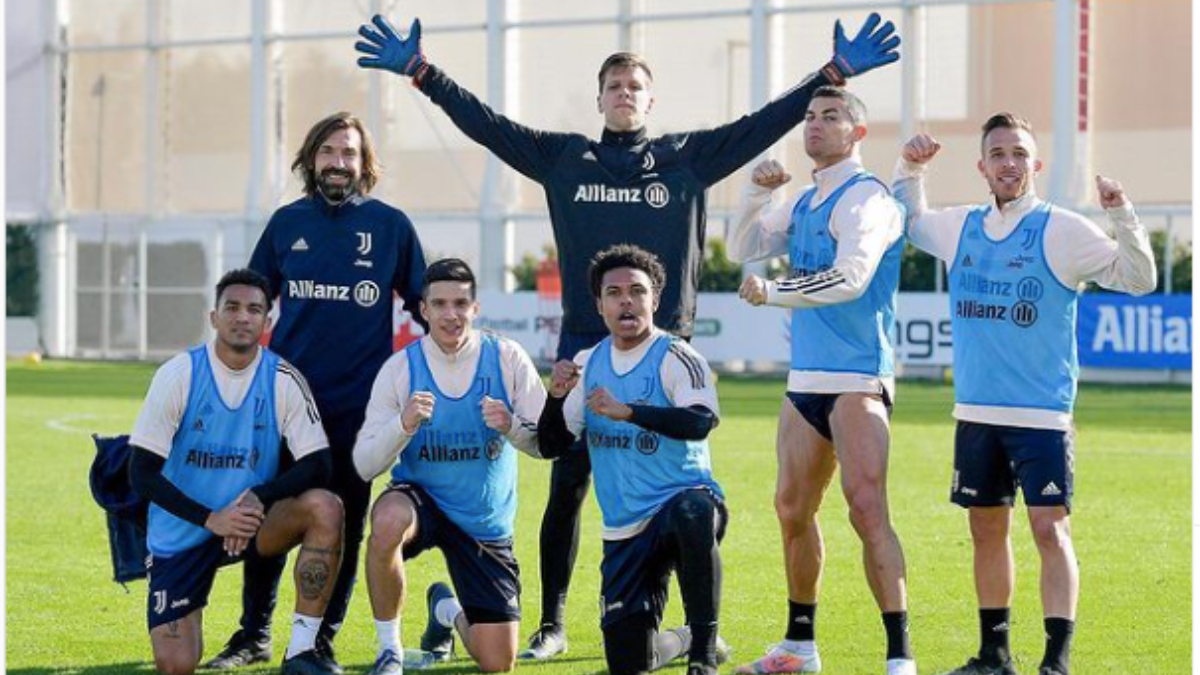 Cristiano Ronaldo dropped in an Instagram post the Juventus’ 4-0 win over SPAL at the Allianz Stadium in Turin. Ronaldo shared the photo with his Juventus teammates and in the caption wrote, “Winning team! The normal.” Juventus latest win sends them in the semi-finals of the Coppa Italia 2020-21. For Juventus Alvaro Morata, Gianluca Frabotta, Dejan Kulusevski and Federico Chiesa netted a goal each to help their team emerge victorious in the quarter-final clash. Ronaldo, however, was rested with team playing some important games ahead. Georgina Rodriguez Celebrates Her Birthday With Cristiano Ronaldo & Kids, Shares Happy Pictures on Social Media.

After Morata’s opener from the penalty spot in the 16th minute Frabotta doubled Juventus’ lead in the 33rd minute. In the second half, Kulusevski and Chiesa netted goals in the 78th and during the stoppage time respectively.

Juventus will now face Inter Milan, who defeated AC Milan, to advance in the competition. The first leg of the semi-final between Juventus and Inter Milan will take place on February 03, with the second leg scheduled to be held on February 10.

(The above story first appeared on Reportr Door on Jan 28, 2021 10:14 PM IST. For more news and updates on politics, world, sports, entertainment and lifestyle, log on to our website reportrdoor.com).