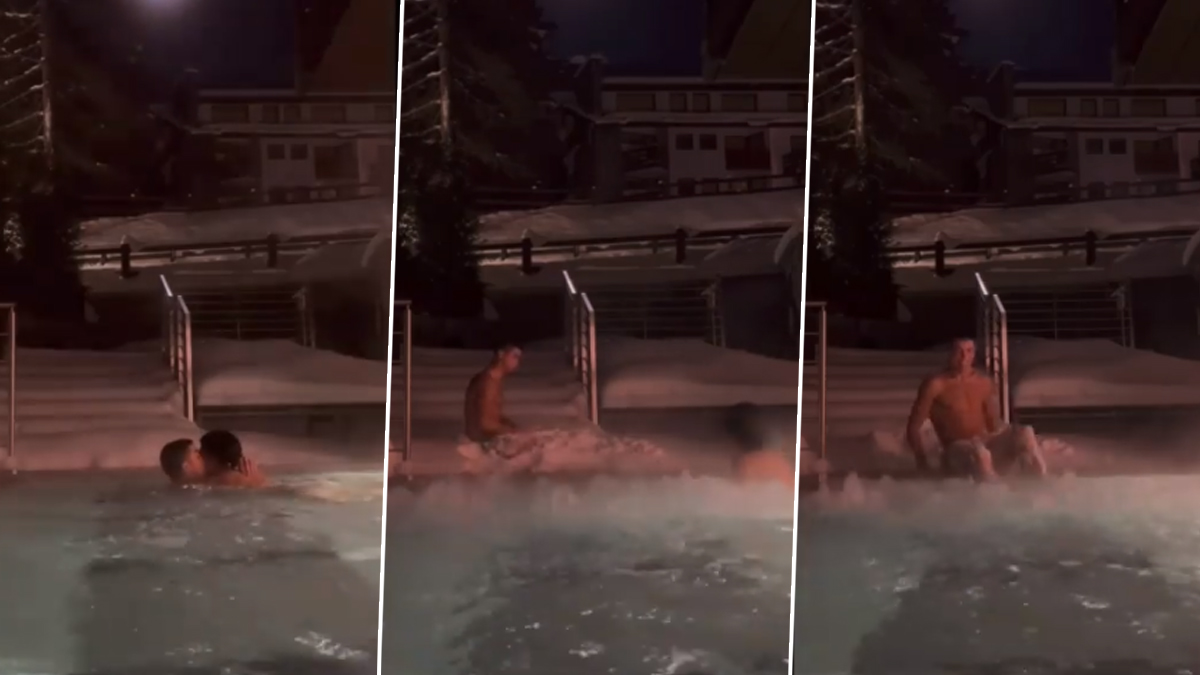 Cristiano Ronaldo’s Girlfriend Georgina Rodriguez recently celebrated her 27th birthday. The Juventus footballer was snapped with his girlfriend as the duo enjoyed the time out. Rodriguez has now posted a video on Instagram which appears to be captured during her birthday celebrations. In the video, Ronaldo and Rodriguez can be seen taking a dip in a hot pool and kissing each other as well. Georgina Rodriguez Celebrates Her Birthday With Cristiano Ronaldo & Kids, Shares Happy Pictures on Social Media.

Rodriguez along with the hasHtag “love” captioned the video as “Nos ilumina” in Spanish which roughly translates to English as “enlighten’s us”. While outside area of pool is covered with snow, Ronaldo and Rodriguez indulged in romance in a hot pool.

As per some reports, Ronaldo and Rodriguez could face a fine for their alleged breach in travel restrictions related to COVID protocols. It is reported that despite travel restrictions, Ronaldo took a trip to Courmayeur, an Alpine resort, along with his girlfriend. The authorities have banned the travel between “orange zone” regions and Ronaldo reportedly has breached it. There are chances that both Ronaldo and Rodriguez could face fines for breaking the travel regulations.

Meanwhile, Ronaldo is all set to return to Juventus’ line-up for upcoming trip to Sampdoria in Serie A. The 35-year-old was rested for Juventus’ Coppa Italia quarter-final against SPAL, which they won 4-0.

(The above story first appeared on Reportr Door on Jan 28, 2021 11:42 PM IST. For more news and updates on politics, world, sports, entertainment and lifestyle, log on to our website reportrdoor.com).