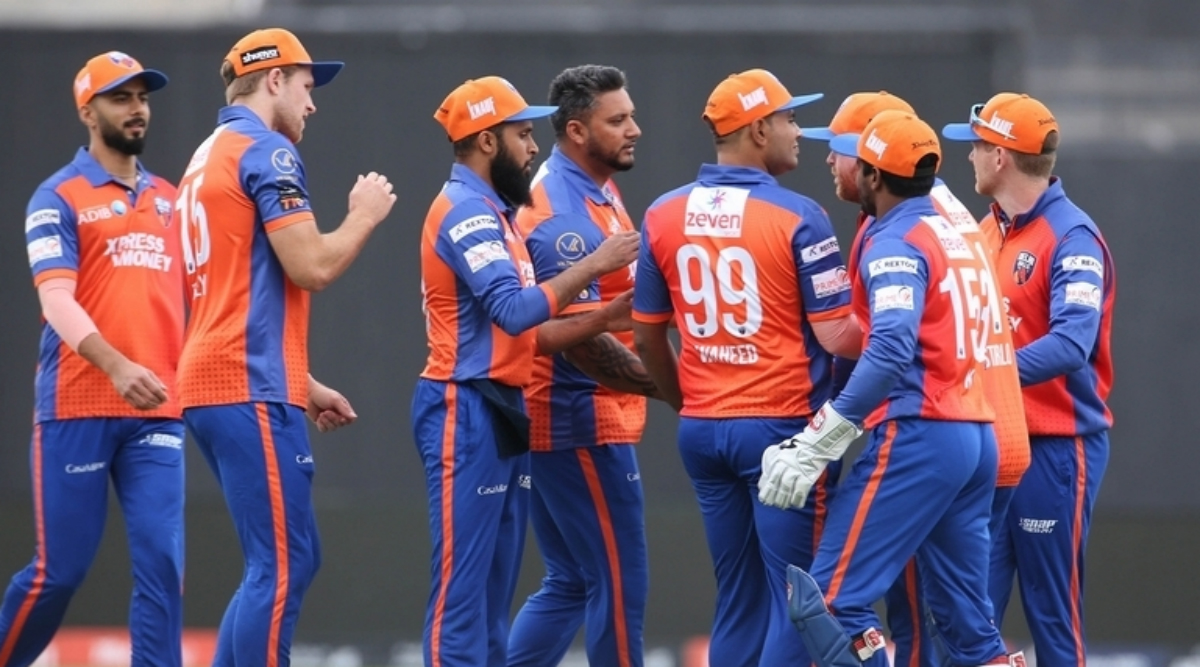 Delhi Bulls vs Bangla Tigers, Abu Dhabi T10 League 2021, Live Streaming and Live Telecast Details: The third match of Abu Dhabi T10 League 2021 will see Delhi Bulls going up against Bangla Tigers. The Sheikh Zayed Stadium in Abu Dhabi will host the encounter on Thursday (January 28). Both sides are fighting for the elusive title and would like to make a winning start to the season. While Bangla Tigers finished the 2019 season at the third spot, Delhi Bulls suffered a disappointing campaign last season where they won only one of their first league-stage games. Meanwhile, fans can scroll down to get the live streaming, live telecast and other details of DB vs BT match. Abu Dhabi T10 League 2021 Schedule, Live Streaming Online, TV Telecast, Teams, Groups and Everything You Need to Know About the T10 Tournament.

Speaking of the key players in both sides, Bulls have the services of Dwayne Bravo, Evin Lewis and  Mohammad Nabi who are the proven stars of this format. On the other hand, Tigers lineup is star-studded by Andre Fletcher, Mahedi Hasan and Mujeeb ur Rahman who can take the game away from opposition single-handedly. Although the competition is expected to be neck-to-neck, Delhi Bulls look a tad stronger on the paper and would like to get the favourable result. As the upcoming game takes a countdown, let’s look at the streaming and other details.

Fans can catch the live action of Delhi Bulls vs Bangla Tigers match in Abu Dhabi T10 league 2021 on Sony Pictures Networks India channels. Sony Pictures Network (SPN) is the official broadcaster of Abu Dhabi T10 League in India and will be live telecasting the matches. Viewers can tune into Sony Six and Sony Ten 3 channels to catch the DB vs BT game live on television.

SonyLiv, the official online media streaming outlet of Sony Network, will be live streaming the Delhi Bulls vs Bangla Tigers encounter online for its fans in India. Fans can either download the app or log in to sonyliv.com to enjoy DB vs BT live action.

(The above story first appeared on Reportr Door on Jan 28, 2021 08:45 PM IST. For more news and updates on politics, world, sports, entertainment and lifestyle, log on to our website reportrdoor.com).