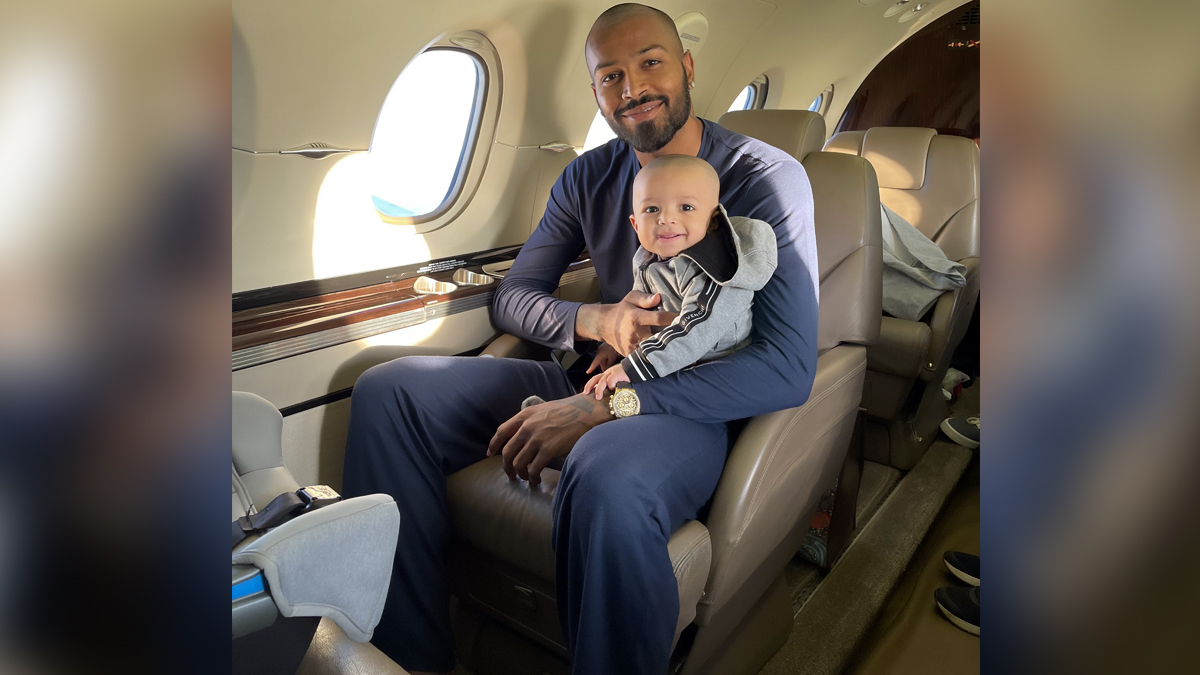 Hardik Pandya’s son Agastya boarded a flight for the very time, and the all-rounder celebrated the moment by sharing an adorable picture on Twitter. “My boy’s first flight,” Pandya wrote while sharing a super cute photo with the little toddler.  The swashbuckling batsman and his little son took the flight for Chennai where the first India vs England Test match will take place. Although the clash gets underway on February 5, all players have been asked to serve six-day quarantine amid the COVID-19 pandemic. Nevertheless, the cricketers have been allowed to travel with their family members. Hardik Pandya Shares Adorable Video With Son Agastya.

Henceforth, the Junior Pandya decided to take his little son alongside him to Chennai. For the unversed, the all-rounder and his wife Natasa Stankovic welcomed their first child Agastya in August last year. Although the Mumbai Indians star couldn’t spend a lot of time with his son initially due to his cricket commitments, he has fulfilled all his father duties precisely after returning from Australia in December last year.  Meanwhile, let’s look at Hardik’s latest click with his little munchkin. India vs England 2021 Schedule, Free PDF Download.

Meanwhile, the upcoming Test series will mark international cricket return to India after the COVID-19 halt. Team India must be on cloud nine after their historic 2-1 Test series triumph over Australia. Moreover, they haven’t lost a home Test series since the last eight years. Hence, Joe Root’s men will have an uphill task at hands. Although the Three Lions are coming off a 2-0 Test series win in Sri Lanka, challenging Virat Kohli and Co at their fortress would be a much formidable task.

(The above story first appeared on Reportr Door on Jan 28, 2021 04:19 PM IST. For more news and updates on politics, world, sports, entertainment and lifestyle, log on to our website reportrdoor.com).