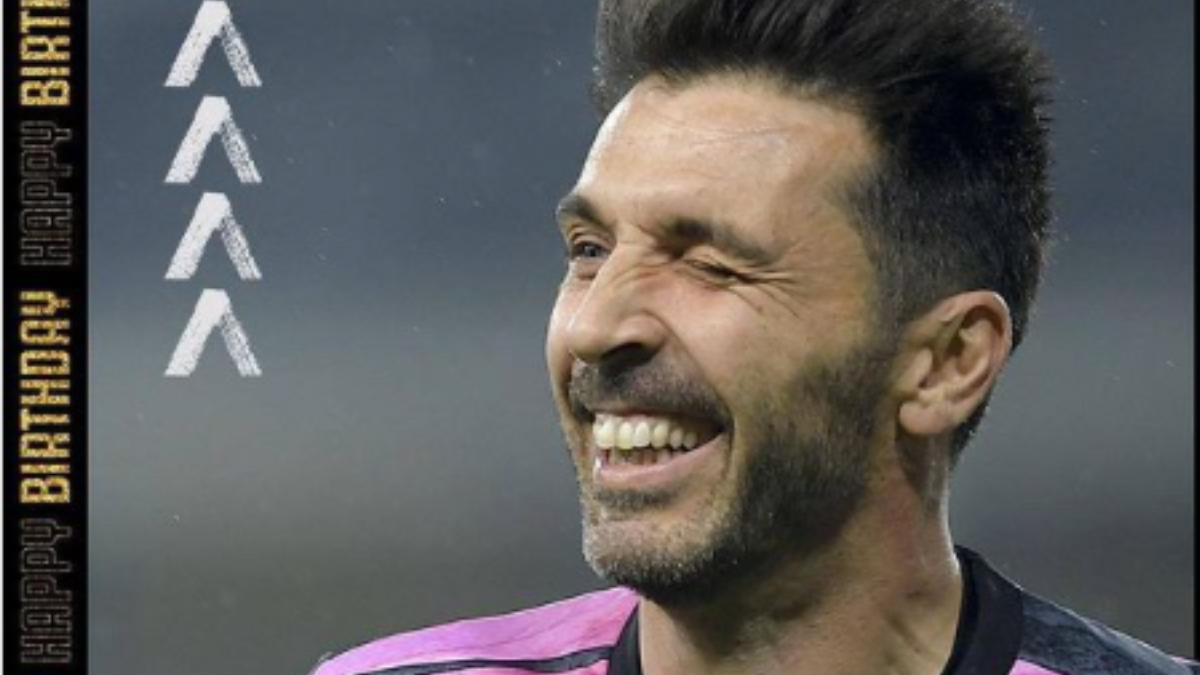 Juventus took to their Instagram official account and posted a birthday greeting for their goalkeeper Gianluigi Buffon. Juventus uploaded a photo of Buffon winking and in the caption wrote, “𝗛𝗔𝗣𝗣𝗬 𝗕𝗜𝗥𝗧𝗛𝗗𝗔𝗬, 𝗦𝗨𝗣𝗘𝗥 𝗚𝗜𝗚𝗜! #Buffon #FinoAllaFine #ForzaJuve.” Buffon, who turns 43 today, was born in Carrara, Tuscany in Italy. Buffon has represented Parma and Paris Saint-Germain apart from Juventus. Coppa Italia 2020–21: Juventus Progress to Semi-Finals With 4–0 Win Over SPAL.

Buffon played for Juventus between 2001 and 2018 and then represented PSG for 2018-19 season before retuning back to Juventus. Meanwhile, as per some reports Buffon’s contract at the Juventus is set to be extended. His current contract is about to end at the end of the ongoing season.

During his career the 43-year-old has won the World Cup, ten Scudetti and the UEFA Cup in 1999. However, he is yet to win the Champions League trophy. Interestingly, few days back, Neymar picked Buffon in his all-time PSG XI despite having represented the club for just one season. “He is my idol and I learned a lot from him when he played here,” Neymar was quoted as saying by Football Italia.

(The above story first appeared on Reportr Door on Jan 28, 2021 05:10 PM IST. For more news and updates on politics, world, sports, entertainment and lifestyle, log on to our website reportrdoor.com).