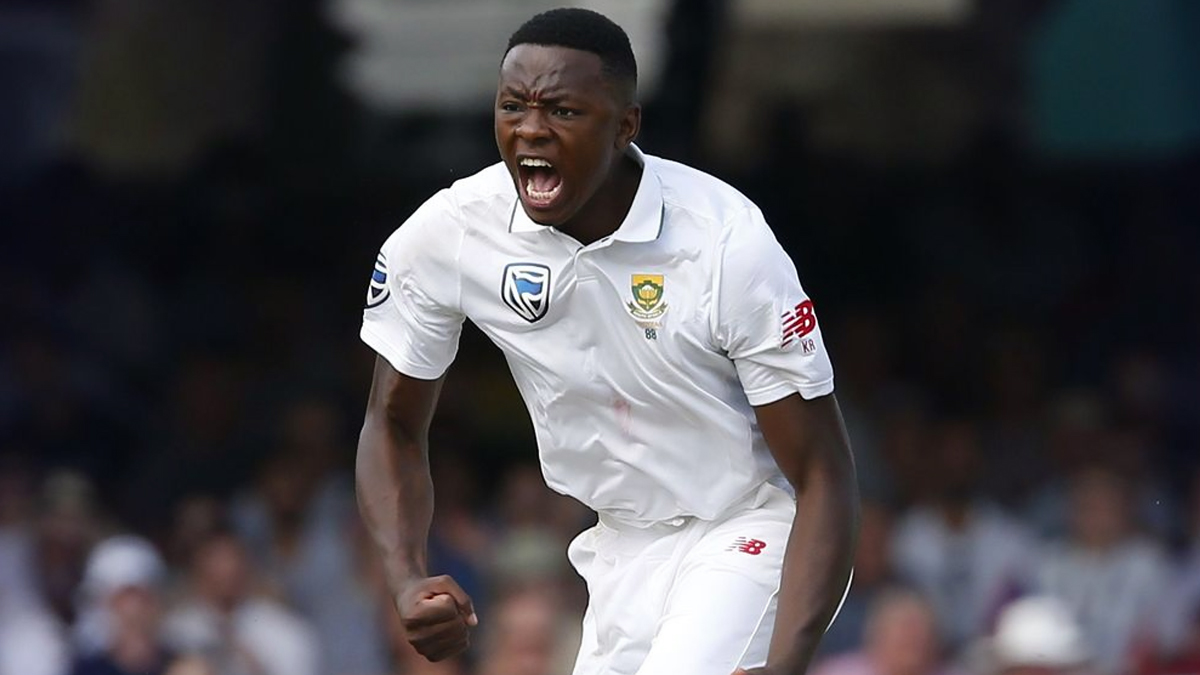 Karachi [Pakistan], January 28: Pace spearhead Kagiso Rabada on Thursday not only became the eighth South African to scalp 200 Test wickets, but also became the third-fastest Proteas bowler to reach the milestone in the longest format of the game. The right-handed bowler achieved the feat on day three of the ongoing first Test against Pakistan here at the National Stadium in Karachi. Dale Steyn is the fastest South African to reach the milestone while pacer Allan Donald is the second-quickest Proteas to scalp 200 Test wickets. Rabada creamed through Hasan Ali’s defense to become the third-fastest bowler to 200 Test wickets after former Pakistan pacer Waqar Younis (7,730) and compatriot Dale Steyn (7,848) in terms of balls bowled. Mohammad Rizwan Took a Stunning Catch to Dismiss Dean Elgar off Yasir Shah.

Rabada, who took 8,154 balls to claim his 200th wicket, is also the fourth-youngest bowler ever to reach the glorious milestone in the longest format of the game. At the moment, Rabada has the best strike rate among bowlers with 200-plus Test wickets. Meanwhile, Pakistan resumed day three of the first Test with the lead of 88 and added 70 runs to their overnight score before South Africa bundled the hosts for 378. Rabada dismissed Ali in the 108th over but a fifty-run partnership for the last wicket saw Pakistan going over the 350-run mark to bag a lead of 158 runs.

A fine way for @KagisoRabada25 to get to the mark 👏#PAKvSApic.twitter.com/Wz2nVpvPhc

For South Africa, Rabada and Keshav Maharaj were the pick of the bowlers scalping three wickets each while pacer Anrich Nortje and Lungi Ngidi picked two wickets each. Resuming the second innings, South African openers got off to a solid start to cut Pakistan’s lead to 121 runs. South Africa scored 37 runs as the visitors went to lunch without losing a wicket.

On Wednesday, Fawad Alam rescued Pakistan with a fighting ton after the hosts were left reeling at 27/4 in the first innings. Fawad and Faheem Ashraf played knocks of 109 and 64 respectively on the second day of the opening Test to put Pakistan on top.