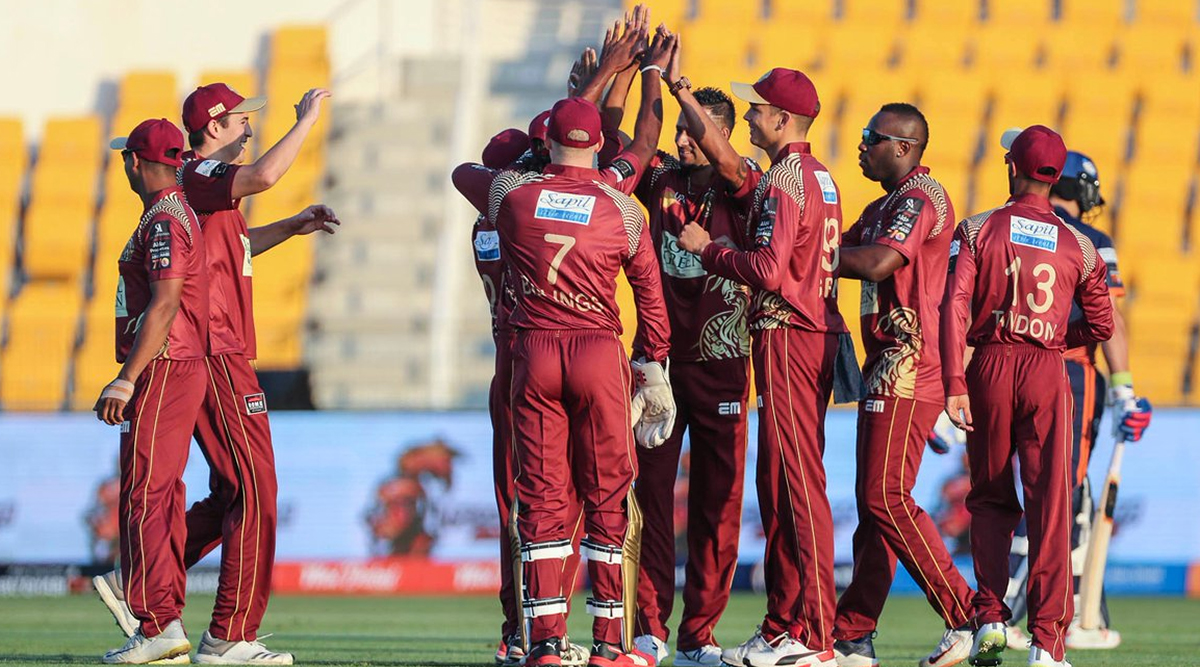 Maratha Arabians vs Northern Warriors, Abu Dhabi T10 League 2021, Live Streaming and Live Telecast Details: Maratha Arabians will lock horns with Northern Warriors in the opening clash of the Abu Dhabi T10 League 2021. The encounter takes place on January 28 at the Sheikh Zayed Stadium in Abu Dhabi. Shoaib Malik-led Maratha Arabians are the defending champions of the tournament and would like to start the new season on a winning note. On the other hand, Northern Warriors finished at sixth position last season and are aiming to redeem themselves this time around. Meanwhile, fans can scroll down to get the live streaming, live telecast, time and other details of MA vs NW match. Abu Dhabi T10 League 2021 Schedule, Live Streaming Online, TV Telecast, Teams, Groups and Everything You Need to Know.

Runs are expected to galore in the game as both teams are studded with swashbuckling batsmen. While Arabians have the services of Mohammad Hafeez, Mosaddek Hossain  and Shoaib Malik, Northern Warriors’ line-up is graced by Brandon King, Nicholas Pooran and Rovman Powell. While the competition seems neck to neck among the batsmen, Warriors seem to have an edge in the bowling department. Veteran T20 stars like Wahab Riaz, Wayne Parnell and Rayad Emrit will pile their trade for the Warriors. As the upcoming contest takes a countdown, let’s look at the streaming and other details.

Fans can catch the live action of Maratha Arabians vs Northern Warriors match in Abu Dhabi T10 league 2021 on Sony Pictures Networks India channels. Sony Pictures Network (SPN) is the official broadcaster of Abu Dhabi T10 League in India and will be live telecasting the matches. Viewers can tune into Sony Six and Sony Ten 3 channels to catch the MA vs NW game live on television.

SonyLiv, the official online media streaming outlet of Sony Network, will be live streaming the Maratha Arabians vs Northern Warriors encounter online for its fans in India. Fans can either download the app or log in to sonyliv.com to enjoy MA vs NW live action.

(The above story first appeared on Reportr Door on Jan 28, 2021 04:49 PM IST. For more news and updates on politics, world, sports, entertainment and lifestyle, log on to our website reportrdoor.com).