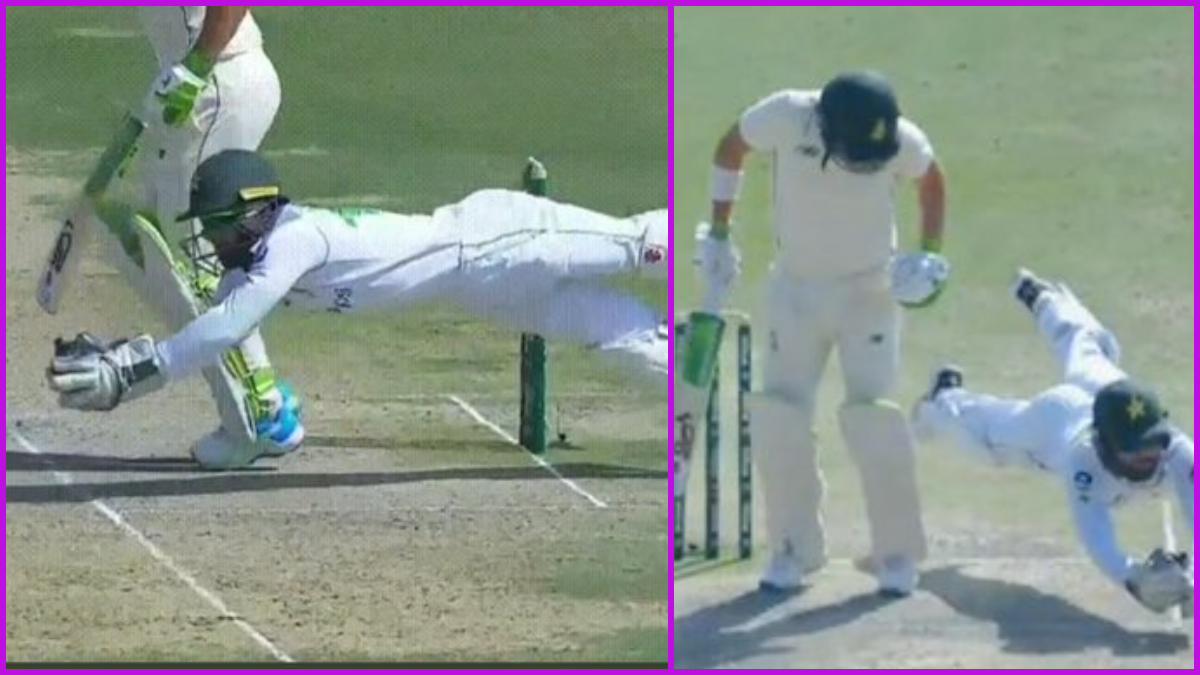 Pakistan’s wicketkeeper Mohammad Rizwan took a stunning catch to dismiss South African opening batsman Dean Elgar. In the 17th over of South African second innings, Elgar was caught off spinner Yasir Shah, but it was more of a wicketkeeper’s wicket. Rizwan divided forward from behind the stumps to complete the catch. The spinner bowled a full one outside off from around the stump, Elgar, who opted for sweep, bottom-edged the ball onto the pad and then it popped up. Pakistan vs South Africa 1st Test 2021 Live Streaming Online Day 3 on SonyLiv: Get PAK vs SA Cricket Match Free TV Channel and Live Telecast Details on PTV Sports.

The Pakistan wicketkeeper made a full-length dive and took the catch from outside the popping crease. Rizwan has been impressive with the gloves ever since taking over from former Pakistan captain Sarfaraz Ahmed. Pakistan Need To Give Fawad Alam a Second Chance To Revive His Test Career, Says Ramiz Raja.

Nothing just Rizwan at his best🤩#PAKvsSApic.twitter.com/gRDW0ToKwJ

Before Shah accounted for Elgar, the South African openers had put on 48 runs for the first wicket. In response to South Africa’s 220 in the first innings, Pakistan scored 378 and took a valuable first innings lead of 158 runs. Fawad Alam scored a century while Azhar Ali and Faheem Ashraf chipped in with half-century each. South Africa after losing Elgar found a good partnership in the form of Aiden Markram and Rassie van de Dussen. The duo helped the visitors cut down the deficit.

(The above story first appeared on Reportr Door on Jan 28, 2021 04:26 PM IST. For more news and updates on politics, world, sports, entertainment and lifestyle, log on to our website reportrdoor.com).