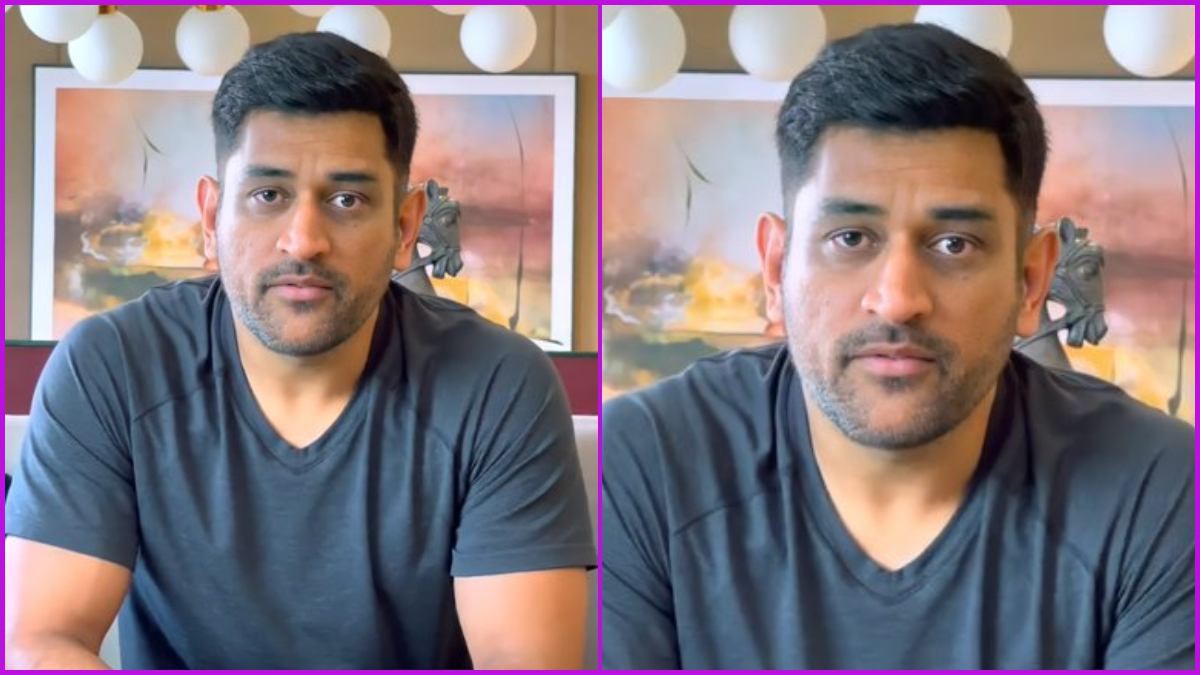 There is no match to MS Dhoni’s popularity. The former Indian cricket team captain is still loved by fans despite having retired from international cricket. The Chennai Super Kings (CSK) captain was one of the trending topics on Twitter and the reason behind it was Dhoni’s latest candid picture which surfaced on the social media. The photo appears from recent advertisement shoot. Dhoni’s fans didn’t held back and showered all the love. MS Dhoni Cancels Order for ‘Kadaknath’ Chickens Amid Bird Flu Crisis in Madhya Pradesh, Says Report.

Dhoni, who bid adieu to international cricket last year, will be seen in action in the Indian Premier League 2021. The 39-year-old after the IPL 2020 in the United Arab Emirates (UAE) has been spending time with his family. The IPL 2020 was Dhoni’s first tournament following the 2019 ICC Cricket World Cup. Meanwhile, check out the picture which is going viral.

You have taught me how to win a losing game

You have made every possible possible. #MSDhoni ❤️ pic.twitter.com/kOolg9AGmr

Boss is trending in India 🔥😎🤙

Dhoni-led CSK for the first time failed to qualify for the playoffs last season. The Chennai-based franchise will be looking to get back to their usual best in the upcoming edition of IPL. Ahead of the IPL 2021 player auction, which will take place on February 18, CSK released Kedar Jadhav, Piyush Chawla, Murali Vijay, Monu Kumar, Harbhajan Singh and Shane Watson from its squad.

(The above story first appeared on Reportr Door on Jan 28, 2021 08:13 PM IST. For more news and updates on politics, world, sports, entertainment and lifestyle, log on to our website reportrdoor.com).