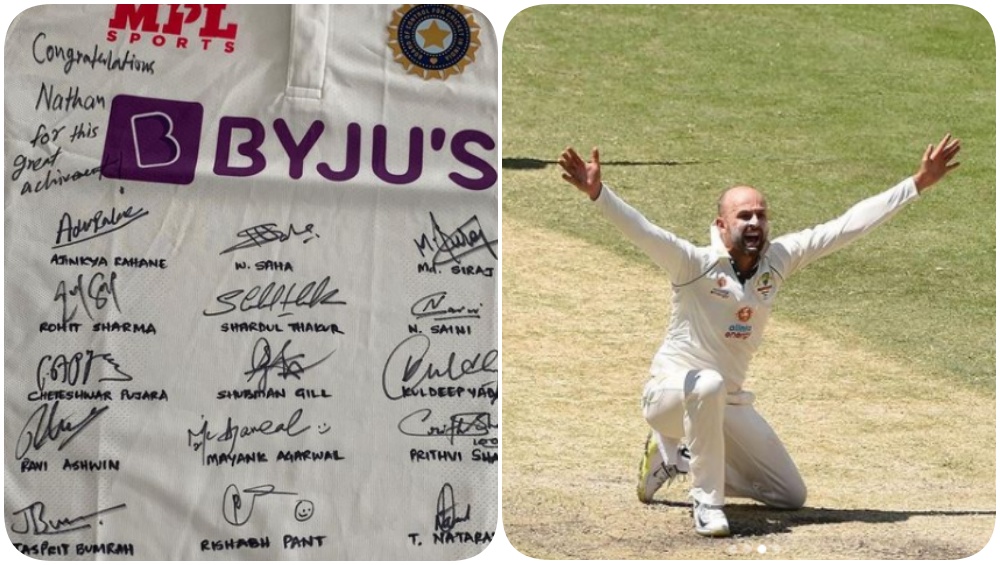 Nathan Lyon played his 100th Test match against India at the Gabba in Brisbane. The Indian Team sealed the four-match Test series by 2-1. From 100 Test matches that he featured in Lyon scalped 399 wickets. After India won the series, they presented a jersey to the Australian. Lyon posted a picture of the same on social media and further thanked the players for the kind gesture. Lyon also posted a long note and congratulated the Indian team. As we remember right before the fourth Test, nine players from the Indian side were injured. India Presents Australia Spinner Nathan Lyon With Signed Jersey for Completing 100 Test Matches (Watch Video).

The likes of Ravindra Jadeja, Ravichandran Ashwin and many others were ruled out. Indian opening batsman, KL Rahul had already been ruled out of the series even before the third Test match. Needless to say that Ajinkya Rahane and Indian team management had sleepless nights as and when the players got injured. In the end, it was Rishabh Pant, T Natarajan who led the team to a massive win. In one part of the note, he even mentioned that he was proud of celebrating his 100th Test match. Now, let’s have a look at the note by Nathon Lyon.

(The above story first appeared on Reportr Door on Jan 28, 2021 03:30 PM IST. For more news and updates on politics, world, sports, entertainment and lifestyle, log on to our website reportrdoor.com).