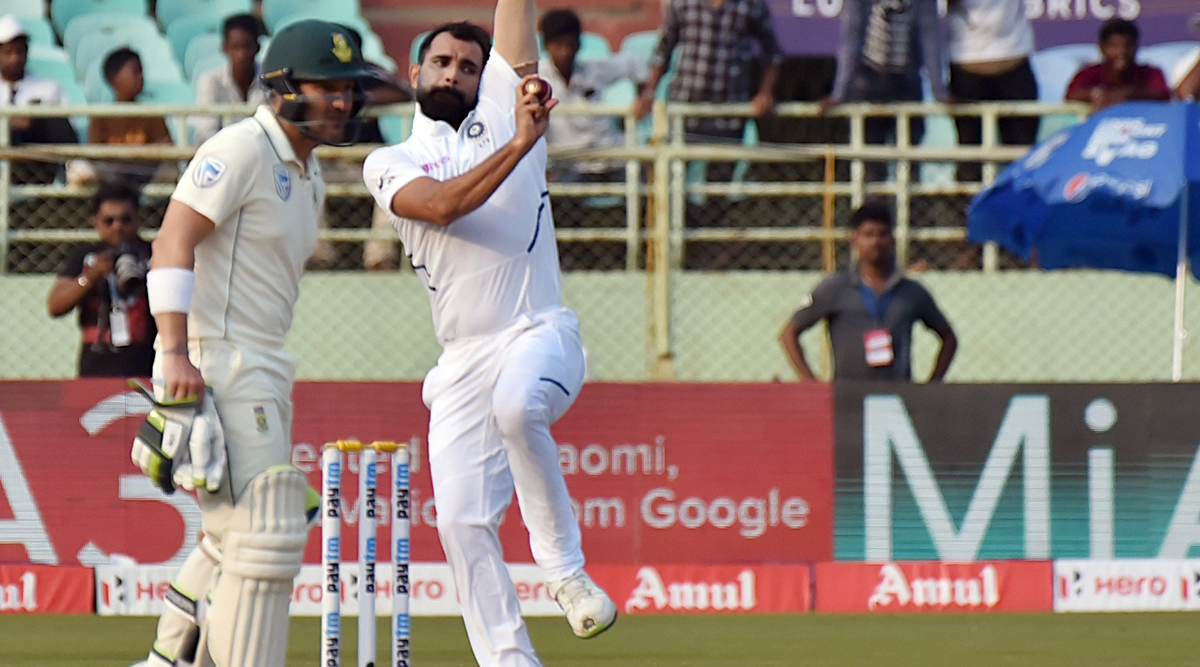 New Delhi, January 29: While India begin favourites against England in the upcoming four-Test series since they are playing at home, their two top exponents of reverse swing, Umesh Yadav and Mohammed Shami, will be missing from the line-up, depriving the hosts of a key weapon required on Indian surfaces.

Reverse swing plays an important role on all Asian pitches and MS Dhoni made that clear in 2012-13 when the visiting England pulled off a surprise 2-1 win over host India.

Although spinners Monty Panesar and Graeme Swann picked wickets and demolished India, Dhoni termed James Anderson’s presence in the England camp as the major difference between the two sides. Anderson picked just 12 wickets in four Tests then but that made the difference. Cheteshwar Pujara Reveals Some Marks and Blood is Still There Due to Body Blows During Australia Test Series.

Anderson, 38, will again be featuring in England playing XI at least in one of the first two Tests. England also have the experience of Stuart Broad and the pace of Jofra Archer to draw on. Ben Stokes, too, is quite adept at bowling reverse swing.

India, on the other hand, have Jasprit Bumrah, Ishant Sharma, Mohammed Siraj, and Shardul Thakur in their line-up as both Shami and Umesh, who have been effective in home conditions, are absent.

The two were injured during the recent tour of Australia and are are still recovering. They haven’t been named in the squad for the first two Tests.

England batting coach Graham Thorpe on Friday admitted that reverse swing would play a key role, but declined to comment on whether England are in an advantageous position in that respect due to the absence of Shami and Yadav.

“It obviously could come into play. I think a lot of people understand that if it does, it is quite important weapon for bowlers on both sides. Any movement which seam bowlers can get, whether that is normal swing or reverse swing is often the key for putting pressure on batsmen,” Thorpe said in response to a question from IANS during a virtual media interaction on Friday.

“We’ll see as the series plays out and how much reverse is on show,” he added when asked if England will have an advantage. The wickets are unlikely to turn from the first session meaning that pace bowlers will be crucial at home.

Former India pace bowler Manoj Prabhakar, who was himself very adept at using the reverse swing, said that the presence of Anderson in the England camp and the absence of Shami and Yadav in host camp means the series may not be easy for India. India vs England Series Part 8: India win their first series against England, 1961/62.

“It won’t be that easy. Most of our bowlers in the squad hit the deck. For reverse, you need bowlers who release the ball like Shami. Besides, you need experience. I don’t know if Siraj and Co. are good at reverse swing, but both Shami and Yadav are very experienced and will be missed,” Prabhakar told IANS.

The last time England travelled to India in 2016, Shami and Yadav were India’s most successful pace bowlers with a combined tally of 18 wickets. The series was, however, dominated by spin with 68 of the 93 English wickets falling to Indian spinners.

Quite surprisingly, despite his 2012-13 exploits Anderson couldn’t make an impression in 2016. He picked just four wickets in three Tests. England also didn’t bowl him much — just 79 overs in three Tests.

A year later, Anderson’s tour of Sri Lanka, too, was similarly unproductive. He picked one wicket in 41 overs across two Tests.

But this time Anderson picked a six-wicket haul in the only Test he played against Sri Lanka, in Galle, where he also bowled 29 overs in an innings.

(The above story first appeared on Reportr Door on Jan 29, 2021 10:35 PM IST. For more news and updates on politics, world, sports, entertainment and lifestyle, log on to our website reportrdoor.com).

Lionel Messi Transfer to PSG? Before Retirement Angel Di Maria Hoping to Play Alongside his Compatriot
Cheteshwar Pujara Reveals Some Marks and Blood is Still There Due to Body Blows During Australia Test Series
Comment