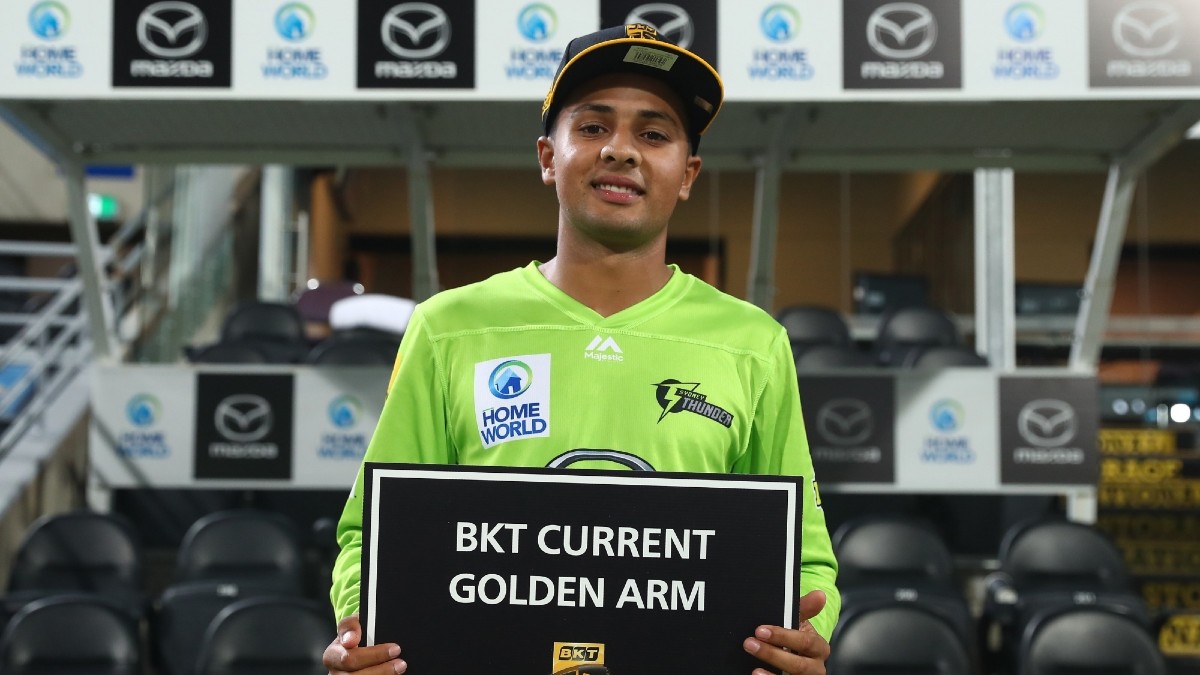 Melbourne, January 29: Teenaged leg-spinner Tanveer Sangha, son of an Indian-origin taxi driver in Australia, has been named in Australia’s T20 squad for the upcoming five-match series in New Zealand.

Sangha, who represented Australia at the under-19 World Cup just 12 months ago, is son of Sydney-based Joga, who had migrated from Rahimpur Kala Sanghian, a village near Jalandhar in Punjab, in 1997.

Sangha, 19, has been in great form in the Big Bash League 10 regular season. Playing for Sydney Thunder, he scalped 21 wickets at an impressive average of 16.66. Former Australia captain Ricky Ponting had also called for Sangha’s inclusion in the national side. India vs England Series Part 8: India win their first series against England, 1961/62.

“He’s a young bloke who looks like he’s pretty confident and in control of what he’s doing, and he bowls proper good balls so he might be someone they’d look to get into the system,” Ponting told cricket.com.au

“It’s a hard one for young leg-spinners, because they come along quickly and everyone’s excited by how good they might be, quite often they’re introduced early and they can have a few setbacks after that. But they might have to think about that,” he said.

Sangha was Australia’s leading wicket taker in the under-19 World Cup last year. He scalped 15 wickets in the six matches in the tournament held in South Africa.

Before Tanveer, Gurinder Sandhu was the other Indian-origin player to have played for Australia national team. The five-match series between Australia and New Zealand will start from February 22.

(The above story first appeared on Reportr Door on Jan 29, 2021 07:48 PM IST. For more news and updates on politics, world, sports, entertainment and lifestyle, log on to our website reportrdoor.com).