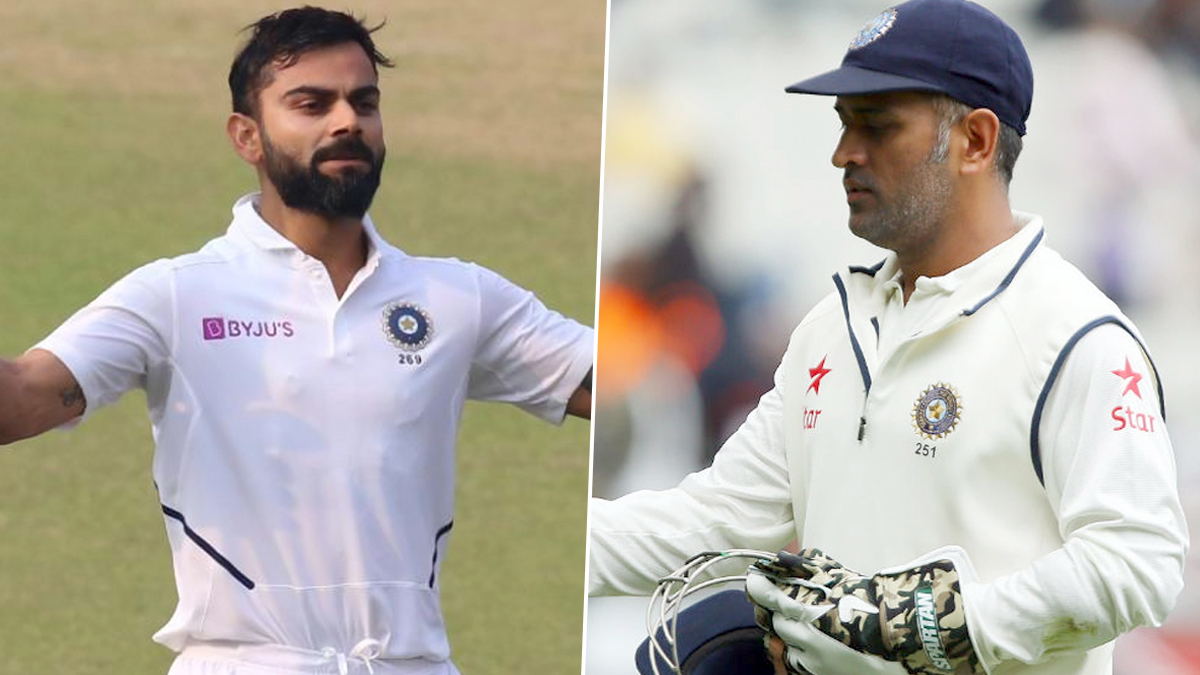 International cricket is set to return after the COVID-19 halt as Virat Kohli’s men will host England in a full-fledged series comprising four Tests, five T20Is and three ODI matches. Stakes are incredibly in the Test series as Team India can seal their berth in the ICC World Test Championship Final with a series win whereas Joe Root & Co need nothing short of an emphatic series win to stay in the race of finals. While India look to extend their winning streak on home soil, Virat Kohli is in line to break a prominent captaincy record set by former skipper MS Dhoni. Virat Kohli Works Out to The PropheC’s Track ‘Solace’ Ahead of India vs England Test Series 2021.

With 33 victories in 56 games, Kohli is already India’s most successful Test captain but win a series win against England, the talismanic batsman will also become the most successful Indian skipper on home soil. Under Kohli’s leadership, India have won 20 Test matches so far in India, while Dhoni holds the record for most wins as captain on Indian soil (21). Hence, the fourth-ranked Test batsman needs two wins in four matches to go past the wicket-keeper’s tally. India vs England 2021 Schedule, Free PDF Download: Get Fixtures, Time Table With Match Timings in IST and Venue Details of IND vs ENG Test, T20I and ODI Series.

The 32-year-old is all but likely to get the feat as India haven’t lost a home Test series since 2012. Moreover, the home team must be on cloud nine as they recently won the historic Test series in Australia with the second-stringed squad. As most of the big names are back in the team, the hosts are expected to clinch another series triumph.

The first of the four-match Test series gets underway on February 5 at the MA Chidambaram Stadium in Chennai. As of now, players of both teams are serving quarantine amid the coronavirus pandemic.

(The above story first appeared on Reportr Door on Jan 29, 2021 03:29 PM IST. For more news and updates on politics, world, sports, entertainment and lifestyle, log on to our website reportrdoor.com).