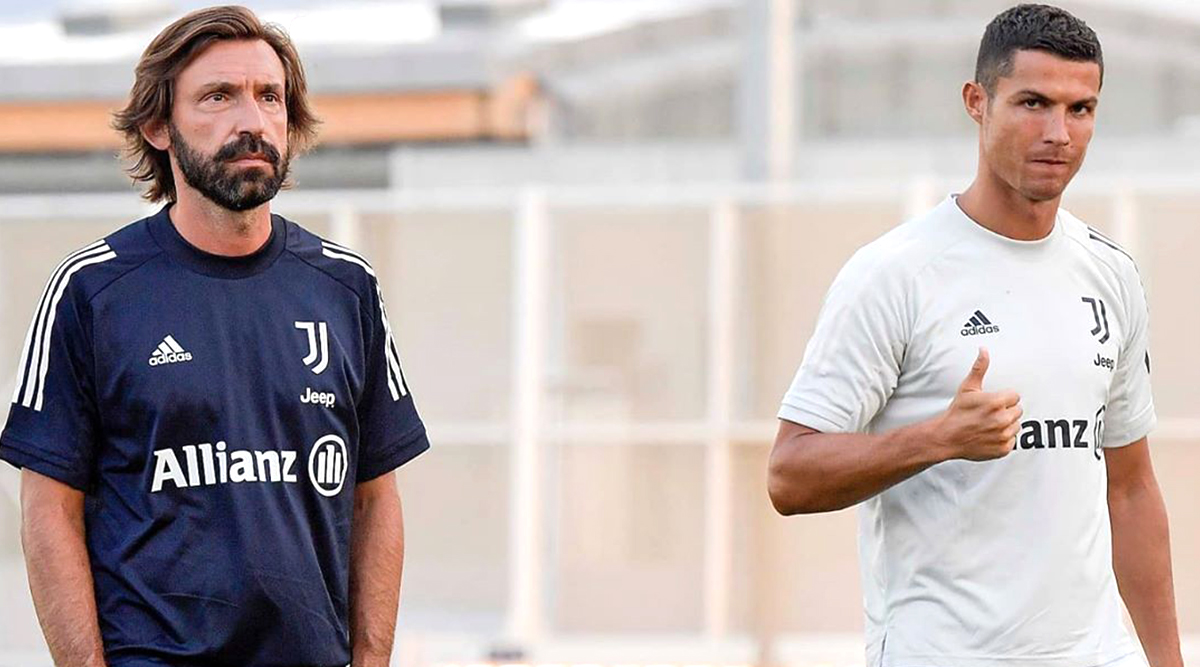 Cristiano Ronaldo has been in the news lately for the wrong reasons. The Juventus star has been in scrutiny for allegedly flouting COVID-19 regulations while celebrating his girlfriend Georgina Rodriguez’s birthday on January 27, 2021. Now ahead of the trip to Sampdoria, Juventus boss Andrea Pirlo spoke to the press about the match. Here’s when he was asked to speak up about Cristiano Ronaldo’s alleged breach of the COVID-19 norms and Pirlo said that he is a free citizen and is allowed to take his own actions. Pirlo further explained that the players are under his control only on the field. Cristiano Ronaldo Under Investigation Over Allegedly Breaching COVID-19 Rules After His Girlfriend Georgina Rodriguez Shares Video of the Couple Riding Snowmobile at Mountain Resort on Social Media.

Cristiano Ronaldo had gone skiing with his girlfriend Georgina to an area which has been listed in the orange zone. “Cristiano Ronaldo had a day off and on your days off you are free to do what you want. When they are here they are under my control, but outside of here they are, free citizens, and can take their own actions,” said Pirlo during the press conference. If one might recall, Juventus had decided to rest their key players for the Coppa Italia match against SPAL. Ronaldo who has been tested positive with COVID-19 could be fined if found guilty.

In the same conference, he spoke about Weston McKennie who has now become the key player for the team. Cristiano Ronaldo is seen sweating it out ahead of the game against Sampdoria and could be included in the playing XI as well.

(The above story first appeared on Reportr Door on Jan 30, 2021 09:02 AM IST. For more news and updates on politics, world, sports, entertainment and lifestyle, log on to our website reportrdoor.com).