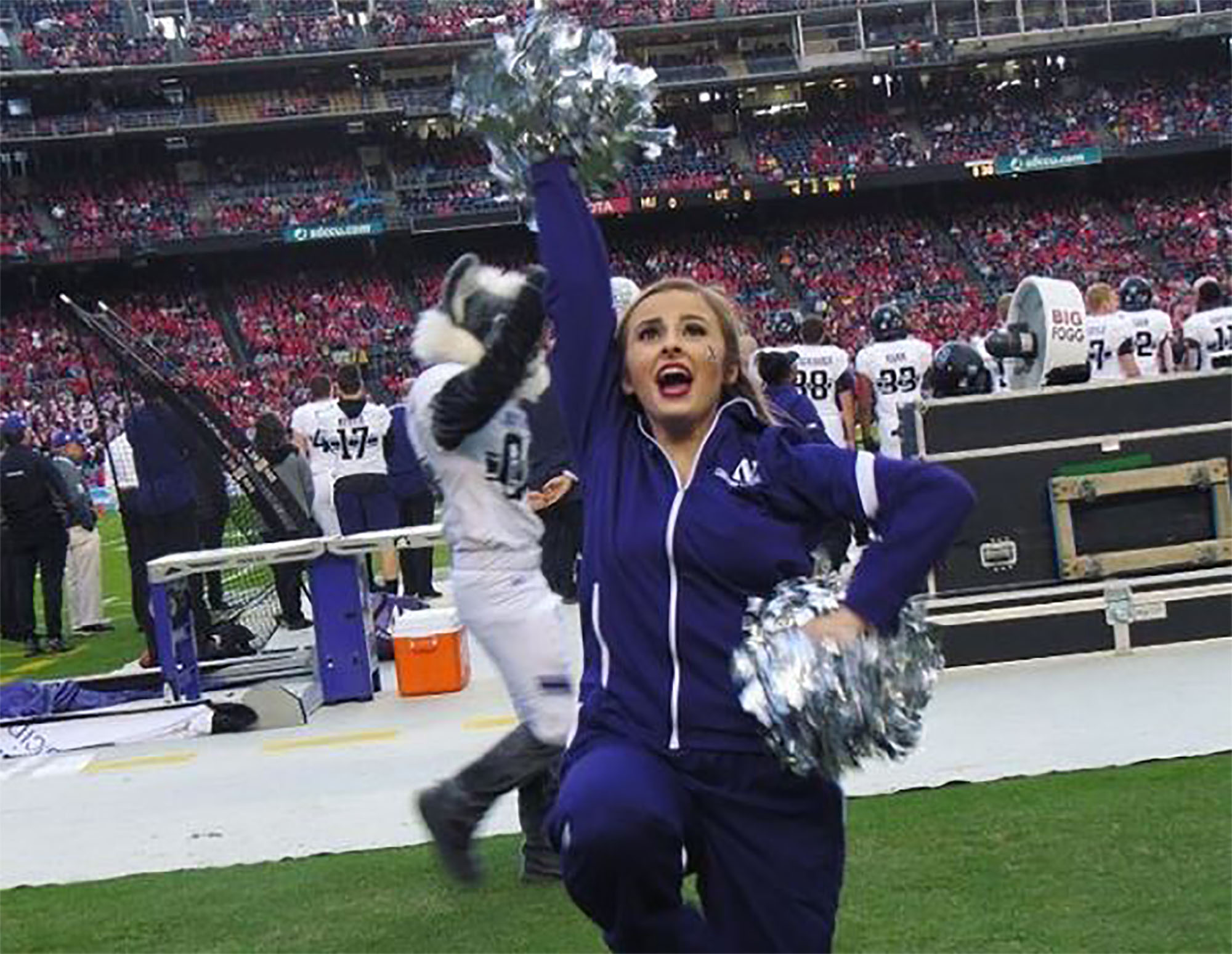 Members of Northwestern University’s cheerleading team were forced to associate with drunk and belligerent fans without security, according to a lawsuit filed by a female former cheerleader against the university on Friday.

The 58-page complaint filed by Hayden Richardson in federal court and obtained by the Chicago Tribune alleged that members of the team were “presented as sex objects to titillate the men that funded the majority of Northwestern’s athletics programs.”

The suit says the team’s head coach, Pam Bonnevier, required them to “mingle” with the wealthy donors, who, Richardson said, touched her breasts and buttocks over her uniform and made “sexually charged comments.”

Richardson, who cheered for the school from 2018 to 2020, also said in the suit that Northwestern  “forced its cheerleaders to behave in a degrading and demeaning manner intended to entice and captivate wealthy donors.”

Additionally, Richardson says men offered her alcoholic beverages even though she was underage in 2018-19, the timeframe detailed in the suit.

According to the suit, which was filed in the Northern District of Illinois, Bonnevier stopped working for Northwestern in October, although the reasons for the departure are unclear. The university confirmed to the Chicago Tribune that Bonnevier is no longer employed by Northwestern.

“This is not the highlight, by any means, of my life or time at Northwestern but it is certainly the most impactful,” the 22-year-old Richardson said.