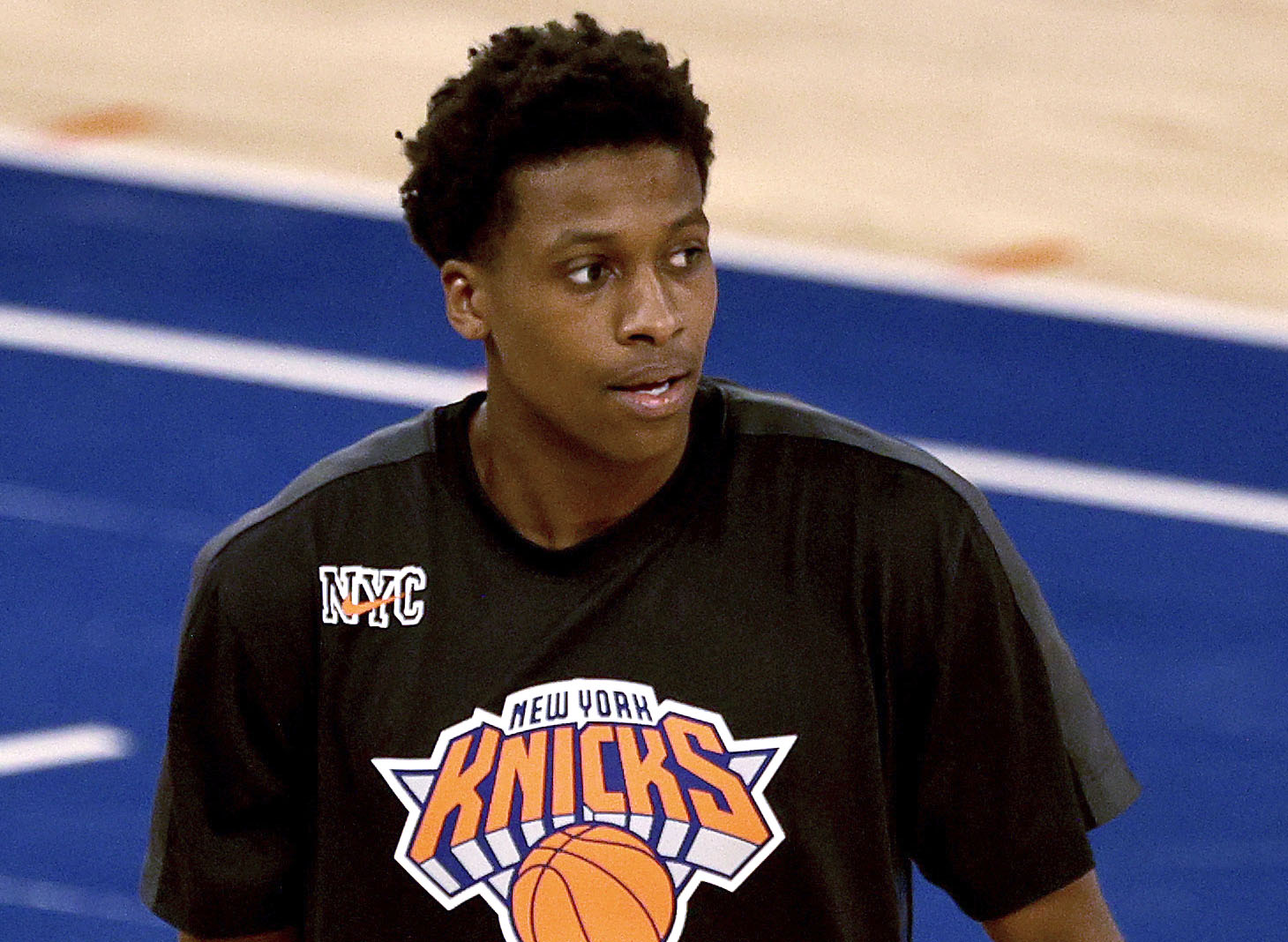 Frank Ntilikina hasn’t played in any of the first three games he has been available after missing 13 with a sprained right knee.

With the Knicks back home following their four-game road trip — including the final two stops in Portland and Utah — Ntilikina was working out on the Garden court while still wearing a knee brace beforehand but didn’t get off the bench in Friday’s 102-81 win over Cleveland.

“He’s getting there,” Tom Thibodeau said about Ntilikina before the game. “When you go through those things it takes some time. But he’s moving well in practice.”

Thibodeau added that starting small forward Reggie Bullock (sore neck) is “coming along” after participating in parts of Thursday’s practice, with a possibility of playing Sunday against the Clippers.

Thibodeau on the death Friday of longtime Temple coach and Basketball Hall of Famer John Chaney: “I didn’t know him great, but I had great admiration for him. … I watched his teams. I studied him. A brilliant tactician, a terrific person. I know the impact that he had on his players, having coached a number of different Temple players over the years.

“Obviously, a Hall of Fame career but who he was as a person really stood out to me. Great conviction, cared about people and did a lot for his players, even when they were done playing for him. I know the impact he had on everyone in Philadelphia. I would say most coaches studied the things he’d done. He was a brilliant coach and a great human being.”

“I’m not really worried about that,” Noel said. “I’ve been focused on being a New York Knick, playing basketball at the highest level possible and being focused.”