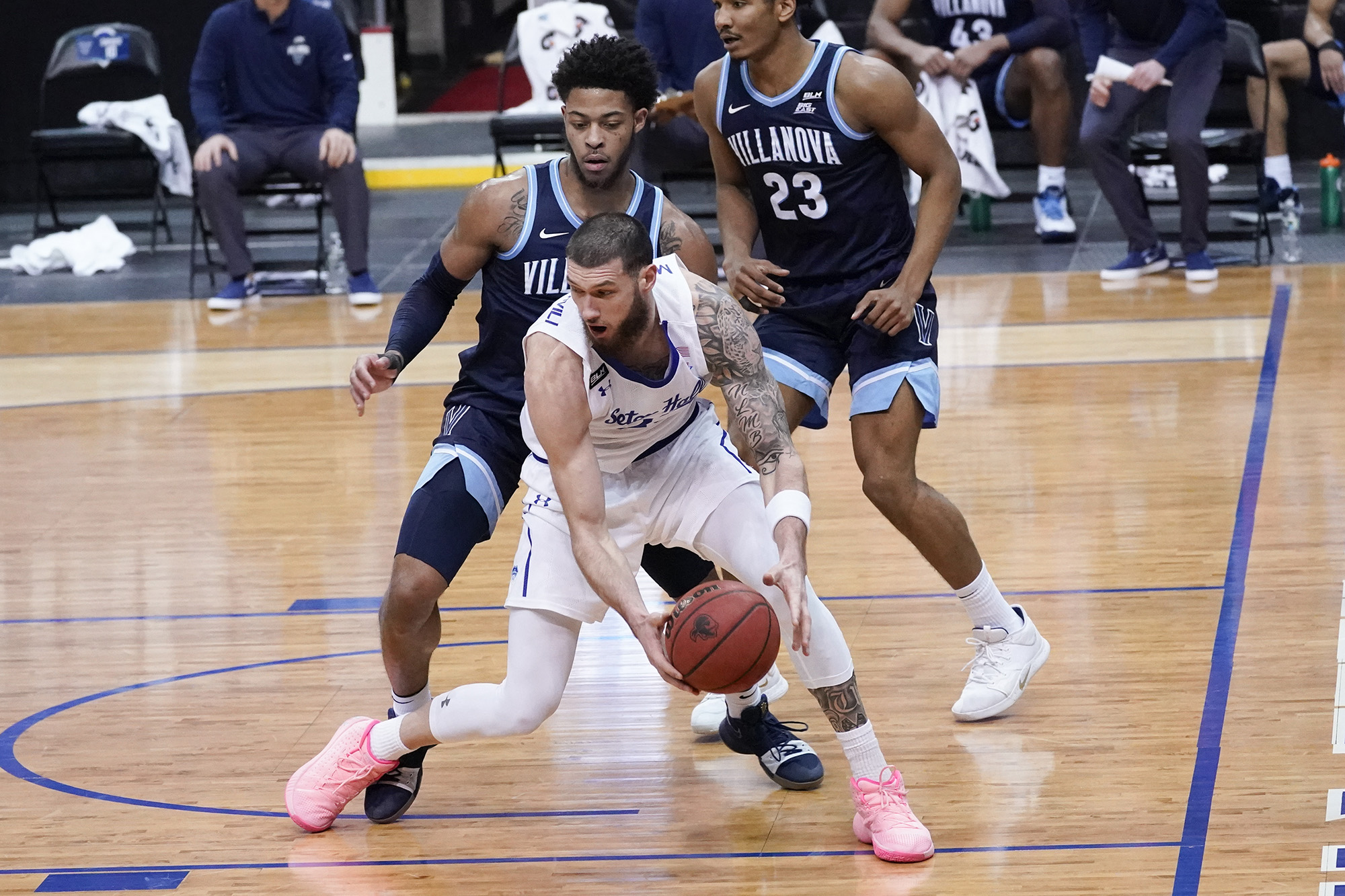 Wednesday evening, Seton Hall was envisioning a big week. By late Saturday afternoon, that hope had turned into resigned disappointment.

The Pirates suffered a home sweep against the best of the Big East, blowing a big lead Wednesday against No. 17 Creighton and getting overwhelmed on Saturday by third-ranked Villanova, 80-72, at Prudential Center.

Instead of proving without a doubt it belongs in the NCAA Tournament, Seton Hall finds itself squarely on the bubble, badly needing to pad its now underwhelming resume and without many opportunities to do so.

It has now lost three straight games — all to Creighton and Villanova — and needs a split next week on the road against bubble teams Providence and Connecticut.

Eleven days ago, Seton Hall and Villanova played a classic game in Philadelphia in which the Pirates came inches from pulling the upset in the final seconds. This matchup wasn’t nearly as close. Villanova led by double figures nearly the entire way. It torched the Pirates’ shaky 3-point defense, making 10-of-22 attempts, and limited star Sandro Mamukelashvili to 12 points on 4-of-14 shooting.

They weren’t nearly sharp enough to threaten the Wildcats. Whether it was 11 turnovers leading to 15 points or the suspect perimeter defense, Seton Hall couldn’t create any sustained runs.

Shavar Reynolds led Seton Hall with 13 points, while Jared Rhoden and Myles Cale each scored 12. Jeremiah Robinson-Earl had 23 for Villanova, who remain undefeated in the Big East.

Seton Hall (9-8, 6-5) was fortunate to trail by just 10 points at halftime. It was down by as many as 16 at one point, after committing eight turnovers that led to 13 Villanova points and making just two 3-point attempts. Leading scorers Mamukelashvili and Rhoden managed just eight points on 3-of-11 shooting.

The Wildcats (11-1, 6-0) opened up a big lead on the strength of a 17-3 run during which the Pirates were either coughing up the ball or taking ill-advised shots deep into the shot clock. After allowing Creighton to hit 17 3-pointers on Wednesday in its comeback win, Villanova made its first 3 from deep and hit 6-of-12 in the opening half. Justin Moore hit three of them and produced 11 points at the break.

Head coach Kevin Willard’s team did close the half well, scoring the final six points and holding Villanova without a point for the final 2:42. Considering how much of the initial half went, that was progress.

It didn’t last. Villanova quickly pushed the lead back to 15 and was never really threatened over the final 20 minutes. Seton Hall got within nine, after a mini 5-0 run early in the second half. But the Wildcats had an answer with Jermaine Samuels’ three-point play. When they got within 10 at around the 10-minute mark, Villanova responded with consecutive 3-pointers.

Whenever the Pirates tried to gain momentum, the Big East’s premier program responded. And now they will need to bounce back. Otherwise, the New Jersey program will miss the NCAA Tournament for the first time in six years.

Immanuel Quickley’s Knicks rise has a lot to do with assistant
Rangers sit Igor Shesterkin vs. Penguins in surprising move
Comment