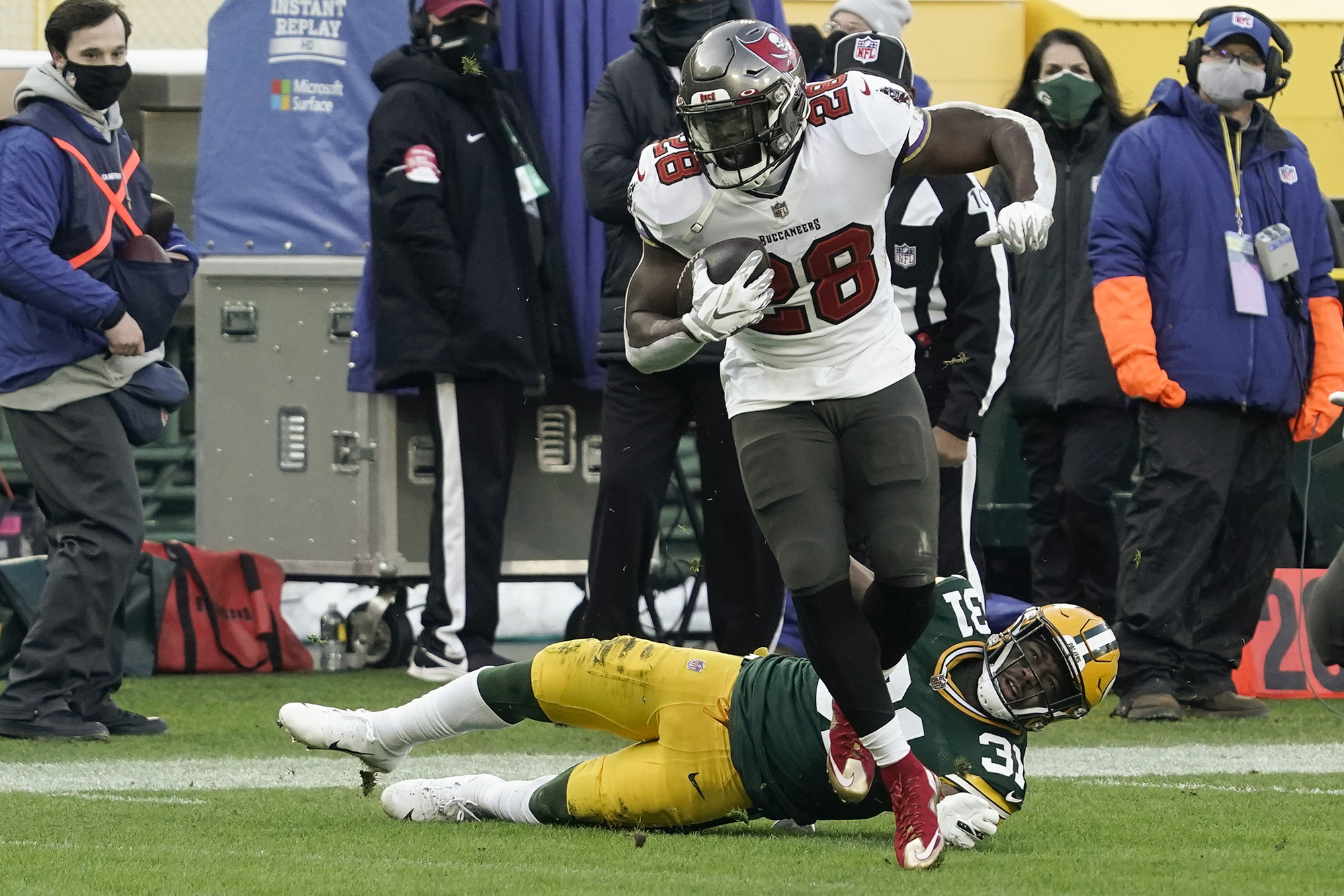 Let’s break down the Buccaneers’ season from a gambling perspective, including their future odds, season win total and game-by-game breakdown.

When the Westgate SuperBook posted the first Super Bowl LV future-book odds on Jan. 13, 2020, the Buccaneers were listed at 30/1 to win the NFC and a whopping 60/1 for the Super Bowl in a group that included the Denver Broncos and Jets. Yes, seriously. During the early part of the offseason, most books were offering them around 50/1, but then rumors started circulating about Tom Brady. When it was clear Brady was signing with them on March 17, the odds were lowered to 13/2 win the NFC and 14/1 to win the Super Bowl. By the time the regular season started, the Bucs were still about 6/1 to win the NFC and 14/1 to win the Super Bowl. With the early wagers at big odds and continued backing from Brady fans, the Buccaneers were the worst-case scenario for many sportsbooks’ future books.

Bucs Over/Under 10 was the most debated win total in the NFL. For every expert or bettor you’d hear say that Brady (and Rob Gronkowski and Leonard Fournette) made Tampa Bay an instant contender that would fly Over 10 wins, someone else was saying it was too high and the Bucs would be a .500 team again. They were just 7-5 heading into their bye in Week 13. That meant they would have to run the table to go Over 10 and 3-1 to push on 10. But the Bucs closed strong by beating the Vikings, Falcons, Lions and Falcons again to finish 11-5 and win for the Over bettors.

The Buccaneers were a hit-or-miss team to bet on through the first 12 weeks before their late bye in Week 13 as they were 6-6 ATS and didn’t have a streak of more than two covers or non-covers. After losing in Week 12 to the Chiefs to fall to 7-5 straight up (though 6-6 ATS after covering as 3.5-point home underdogs), they went 4-0 SU and 3-1 ATS down the stretch to make a small profit for backers. The Bucs started 2-0 with Overs and continued to mostly trend that way, though they were never more than two games over .500.

The Bucs were 10-point favorites at 7-9 Washington. They won, 31-23, but didn’t cover. They then avenged two regular-season losses to the Saints by beating them 30-20 as 2.5-point road underdogs. They followed that up with a 31-26 win over the Packers in the NFC Championship as 3-point road underdogs. The Bucs-Saints game stayed Under, while the other two went Over.

Brady and the Bucs were rarely underdogs during the regular season but lost the opener 34-23 to the Saints as 4-point underdogs. Nevertheless, that was the Bucs only ATS loss, as they routed the Packers 38-10 in Week 6 as 2.5-point home underdogs and covered as 3.5-point home ’dogs in their 27-24 loss to the Chiefs in Week 12. Then, of course, they beat the Saints and Packers as road ’dogs in the playoffs.

The Buccaneers are the first team to play the Super Bowl in its own stadium. They were 5-3 SU and ATS at Raymond James Stadium in the regular season but did not have any home postseason games.