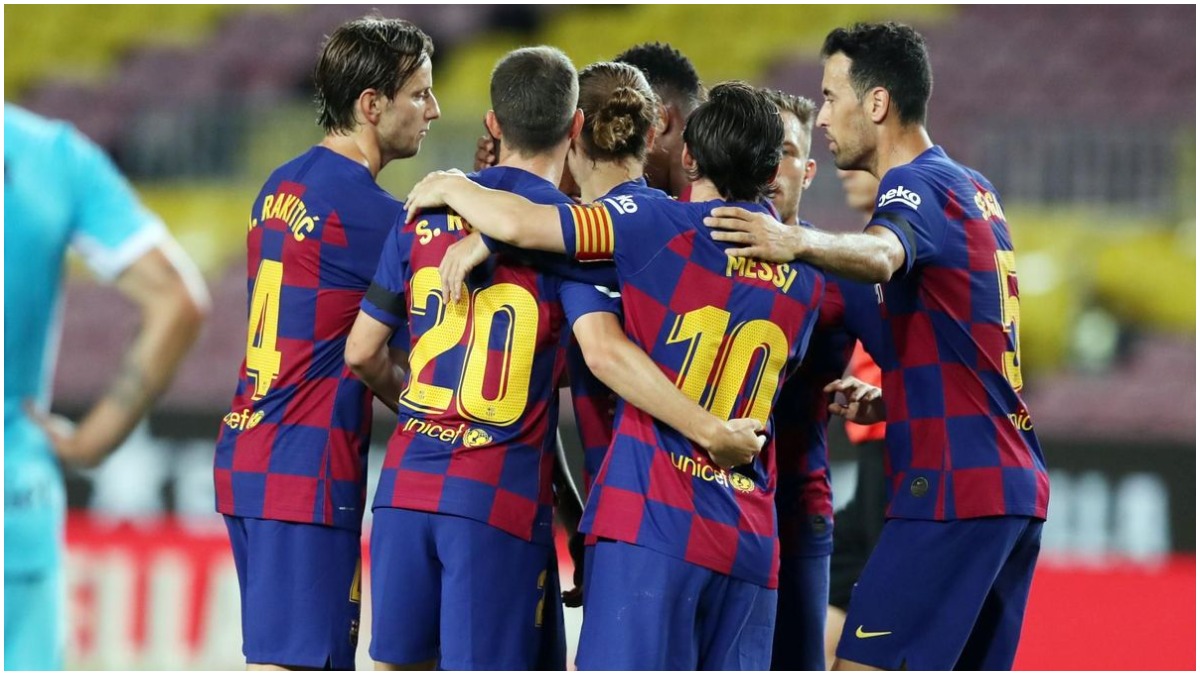 Barcelona will seek revenge for the Spanish Super Cup final defeat when they play Athletic Bilbao in their next La Liga match. Barcelona have won each of their last three matches across all competitions and are chasing a fourth successive win. Ronald Koeman’s side have also won each of their last four league matches and are unbeaten in their last nine. Their opponents Athletic Bilbao are on a similar run and have won five on the trot across all competitions. Meanwhile, fans searching for how and where to watch the Barcelona vs Atheltic Bilbao La Liga clash please scroll down for all details. Lionel Messi Contract Leak: Barcelona To Sue Spanish Newspaper El Mundo for Publishing Details of Argentine’s Current Deal.

Athletic Bilbao beat Barcelona 3-2 in the Supercopa de Espana final but have failed to beat the Catalan giants at Camp Nou since 2001. They have only managed to eke out just one point in their last 16 meetings at this venue. Athletic Bilbao were beaten by Barcelona in the reverse league fixture earlier this month. But since then Basque club have gone on to beat both Barcelona and Real Madrid in cup competitions.

Barcelona vs Athletic Bilbao La Liga match will be played at Camp Nou on February 1 (Sunday midnight). The game is scheduled to be played at 01:30 am IST (Indian Standard Time).

Fans in India can follow live action of La Liga 2020-21 on Facebook Watch. Fans can catch the live telecast of Barcelona vs Athletic Bilbao on the official Facebook page of La Liga. The match will not be telecasted on TV as there are no official broadcasters for La Liga 2020-21 in India.

(The above story first appeared on Reportr Door on Feb 01, 2021 12:27 AM IST. For more news and updates on politics, world, sports, entertainment and lifestyle, log on to our website reportrdoor.com).