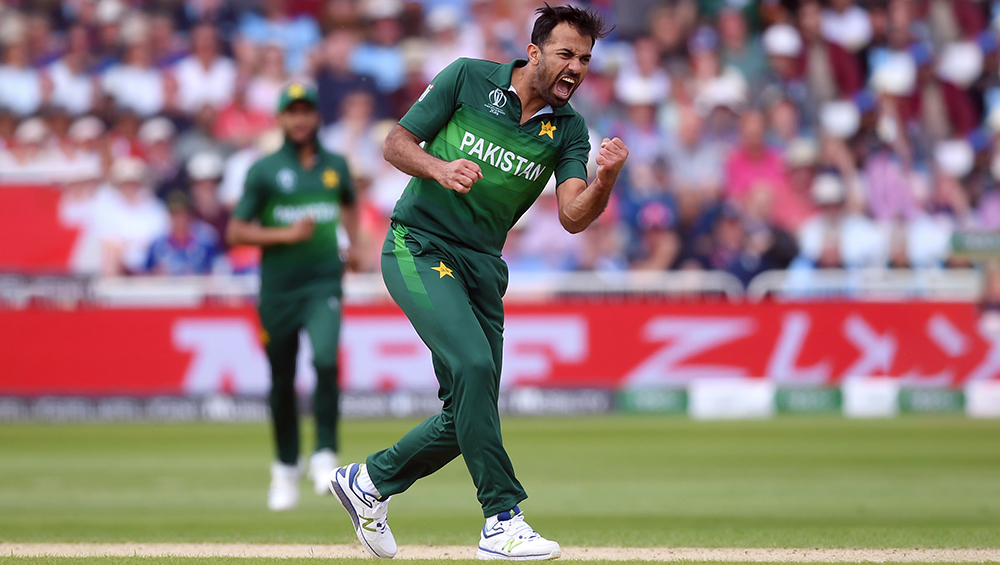 Karachi, January 31: Pacer Wahab has been dropped from Pakistan’s squad for the upcoming three-match T20I series against South Africa, Pakistan Cricket Board (PCB) confirmed on Sunday. Along with Wahab, opening batsman Fakhar Zaman has also been shown the door while pacer Hasan Ali has made his way back into the squad. The hosts would be led by Babar Azam in the upcoming three T20Is.

Asif Ali and Aamer Yamin have also been recalled to the side, while four uncapped players — Zafar Gohar, Danish Aziz, Zahid Mehmood, and Amad Butt have been named in the squad. Pakistan vs South Africa 2021 Schedule: Get Fixtures, Time Table With Match Timings in IST and Venue Details of PAK vs SA Test and T20I Series.

Shadab Khan, Imad Wasim, and Mohammad Hafeez are also missing from the T20I squad. Hafeez had been in good form in the T20I series against New Zealand and he even registered a 90+ plus score in the second T20I.

The national selectors led by chief selector Muhammad Wasim on Sunday announced the Pakistan men’s 20-member squad for the three-match T20I series against South Africa which will be played in Lahore.

The three matches will be played on February 11-14. The Pakistan squad along with the officials will enter the bio-secure bubble from Wednesday, February 3. The players taking part in the Test series will join the bubble at the end of the second Test that starts in Rawalpindi on Thursday, February 4.

Pakistan had defeated South Africa by seven wickets in the first Test, and now both teams will square off in the final Test of the two-match series.