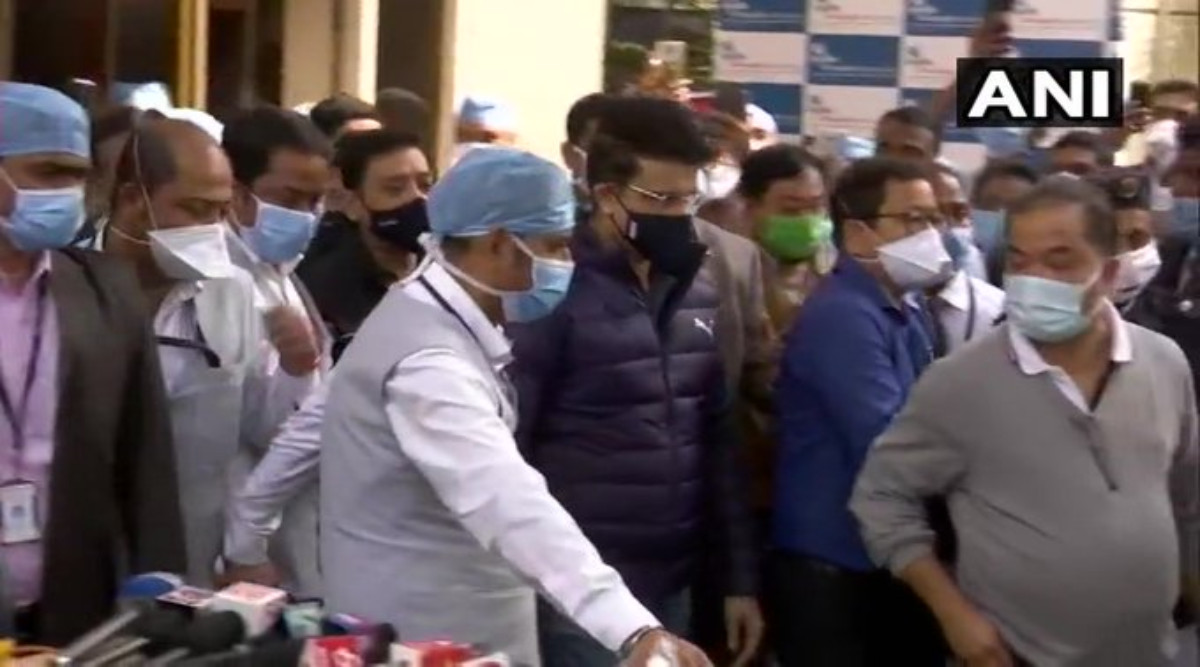 Kolkata, Jan 31: Indian cricket board chief Sourav Ganguly was discharged from hospital on Sunday morning, three days after he underwent a fresh round of angioplasty to clear clogged coronary arteries, officials said.

The 48-year-old cricket legend was hospitalised on Wednesday for the second time in a month due to his cardiac condition. On Thursday, two more stents were implanted during the surgery conducted by a team of doctors, including noted cardiologist Dr Devi Shetty and Dr Ashwin Mehta.

“Mr Ganguly is doing fine and his heart is as strong as a normal person. He had an uneventful recovery and we are hopeful that within the next couple of days, he will be able to return to normal life,” a senior doctor of the private hospital, where he was admitted, said.

The former India captain is required to follow a strict routine and needs to be on medication for a few months, he added. The batting great suffered a mild heart attack earlier this month and was diagnosed with Triple Vessel Disease. He had undergone an angioplasty procedure during which a stent was inserted into one of the blocked arteries.