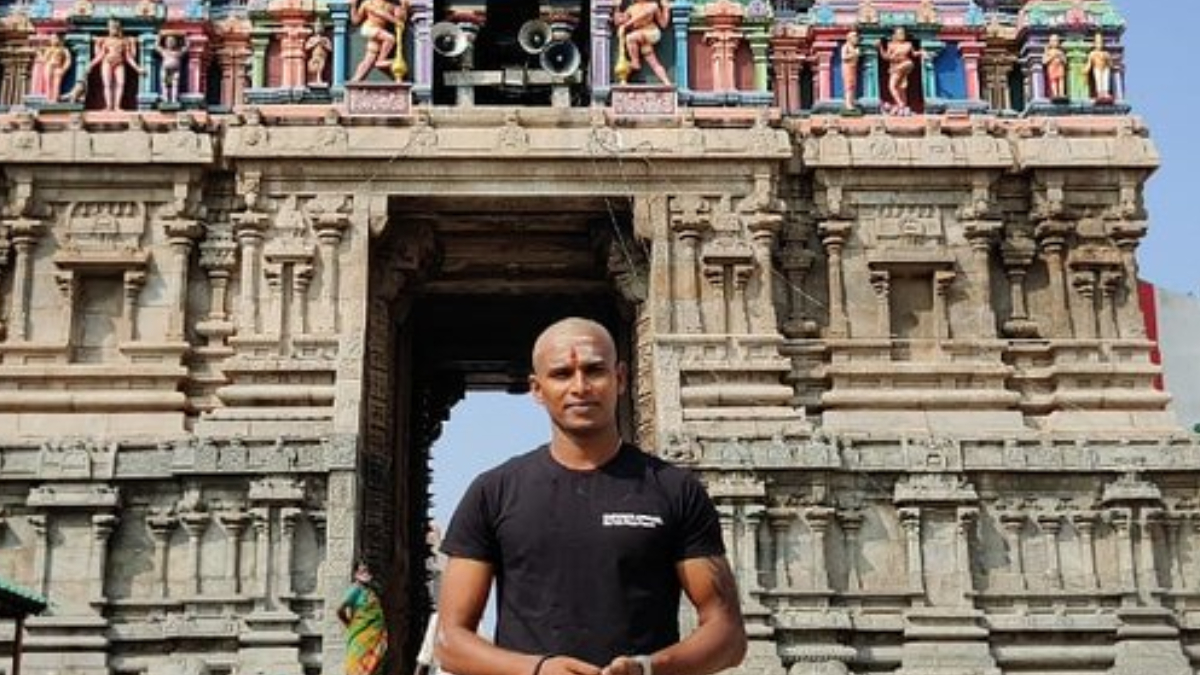 Team India’s fast-bowler T Natarajan made a visit to Sri Dhandayudhapani Temple in Palani. The cricketer after tonsuring his head Natarajan offered prayers to the Lord at the hill temple. Natarajan recently came back from the successful tour of Australia. The left-arm pacer made his debut for India in all three formats on the tour and with it became the only cricketer to do so. As part of the thanksgiving, the 29-year-old visited the temple and tonsured his head as well. T Natarajan Receives Royal Welcome Upon Arrival at His Village, Taken Home on Chariot.

Natarajan, who was added to India’s ODI squad as a cover to injured pacer Navdeep Saini, made his debut for the national team in the third ODI. He was then handed the T20I debut after replacing injured Varun Chakravarthy in the squad. Subsequently, Natarajan was added to Test squad after replacing injured Umesh Yadav and made his debut at The Gabba in Brisbane. T Natarajan Rises Down Under! From Playing Tennis Ball Cricket in Chinnappampatti to Making Debut in Indian Test Team, Know All About the Inspirational Journey.

Natarajan had a successful tour of Australia as he picked 11 wickets across formats. The pacer was, however, left out of India’s Test squad for first two games against England in Chennai, which starts from February 05. He is expected to be picked for the limited-overs series’ against England more so in the shorter format of the game. While Natarajan was playing in the IPL 2020 in UAE, he was blessed with baby girl back home. He then joined team India in Dubai and left for Australia tour.

(The above story first appeared on Reportr Door on Jan 31, 2021 12:57 PM IST. For more news and updates on politics, world, sports, entertainment and lifestyle, log on to our website reportrdoor.com).