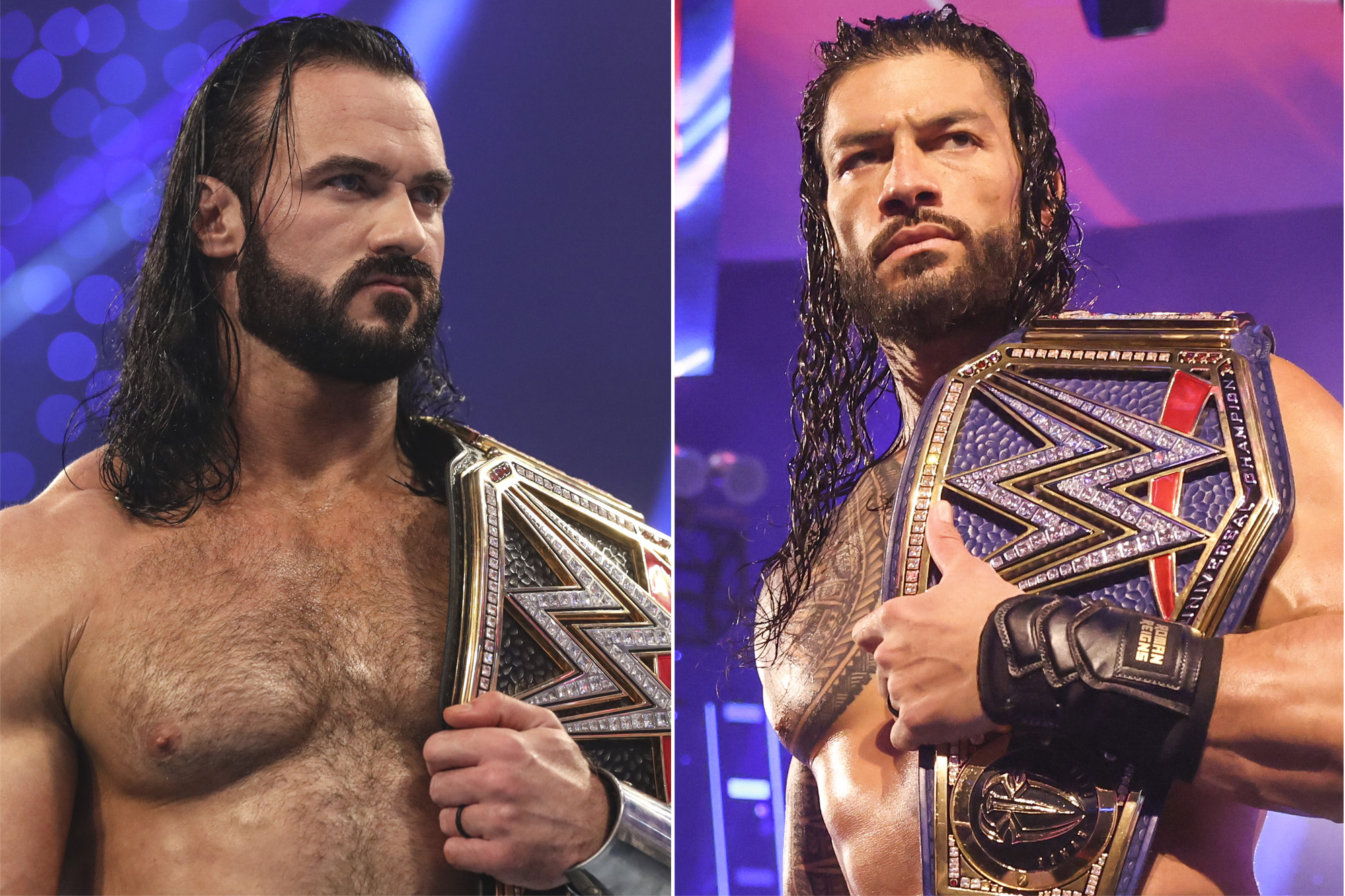 The Royal Rumble pay-per-view has been the gateway and jumping off point to so many WWE Superstars’ WrestleMania moments. Who will it be this time?

The Post’s pro wrestling writer Joseph Staszewski tries his hand at prognosticating who will be victorious at Sunday’s 2021 Royal Rumble (7 p.m., WWE Network) and get the chance to main event WrestleMania 37 at Raymond James Stadium on April 10-11.

It’s possible Kevin Owens finds a creative way to get the job done after losing in his previous two tries against Reigns. This being a last man standing match means Reigns won’t have to be pinned or submitted to lose. Still, it’s even harder to believe WWE has Reigns drop the belt before WrestleMania or even in the calendar year.

Owens, as usual, will fight like heck to the end but Reigns fill find a devious way to tie him to the floor, put him through the stage or pile stuff on top of him to get the job done. Expect some help from Jey and maybe Jimmy Uso or maybe Reigns finds a way to blackmail WWE official Adam Pearce into ensuring he leaves as champion.

Goldberg winning here and losing at WrestleMania isn’t out of the question. But Goldberg is contracted for a limited number of matches per year and it’s hard to see WWE using both of them in the first four months of 2021.

McIntrye will take everything Goldberg throws at him — spear, jackhammer repeat — and uses two to three Claymores to put him away. The two shake hands in the ring. Goldberg bows and the two men appear to leave with respect.

It won’t end there.

The Miz — having teased a Money in the Bank cash after failing on his first try — will find a way to get involved. An attack on a celebrating McIntyre allows him to make good and become WWE champion. It gives McIntyre someone to chase to get the belt back from before WrestleMania.

Banks is already trying to play mind games after getting flirtatious with Carmella’s assistant Reginald this week on SmackDown. The Boss will beat Carmella a second time – maybe with help from Reginald. It will begin her transition back into more of a heel as she gets ready for a possible WrestleMania match with a baby face Bianca Belair.

Ric Flair and Lacey Evans being a distraction to Charlotte Flair needs to have major repercussions. Causing his daughter to lose the women’s tag team championships would be just that and provide a way to protect Charlotte or Asuka if they get pinned. WWE finally ends their reign so Flair and Evans can go have their feud, Asuka can focus on being Raw women’s champion again and Baszler and Jax can go start programs with the Riott Squad or Mandy Rose and Dana Brooke.

Yes, there are plenty of potential surprise winners for this match starting with Becky Lynch, Ronda Rousey and Rhea Ripley. But none of them need to win to reenter the main event scene. Belair has been positioned to do just that for weeks through her interactions with Bayley.

She will break her shared record with Baszler of eight eliminations by getting nine to secure a SmackDown women’s championship match against Sasha Banks at WrestleMania. Belair will eliminate either Bayley or Charlotte Flair win. Natalya, who enters at No. 30, will finish out the final four. The WWE women’s division needs new stars and Belair has the potential to be exactly that.

There are plenty of viable options to win from SmackDownstarting with Daniel Bryan and possibly a returning Seth Rollins. Those guys should be made to jump through some hoops by Roman Reigns before finally getting a crack at The Tribal Chief.

Edge winning as the No. 2 entrant after starting the match with Randy Orton will deliver a lot of things for WWE. First, it’s a feel-good moment to likely close the Royal Rumble pay-per-view. Second, if McIntyre is chasing Miz for the WWE championship, you will be rooting for the former champ even more because him against Edge feels much more like a marquee WrestleMania match than Edge vs. The Miz. Third, with fans back in attendance, Edge beating McIntyre for the championship or maybe in a triple-threat match if Miz stays involved will deliver a huge pop and moment for the crowd at Raymond James Stadium.

With Edge’s history with Randy Orton, don’t be surprised if he is one of the last people eliminated, maybe with help from Alexa Bliss, “The Fiend” Bray Wyatt and the lights going out. The final four will be Edge, A.J. Styles, Seth Rollins and Daniel Bryan. But it will be the Rated-R superstar standing tall at the end.