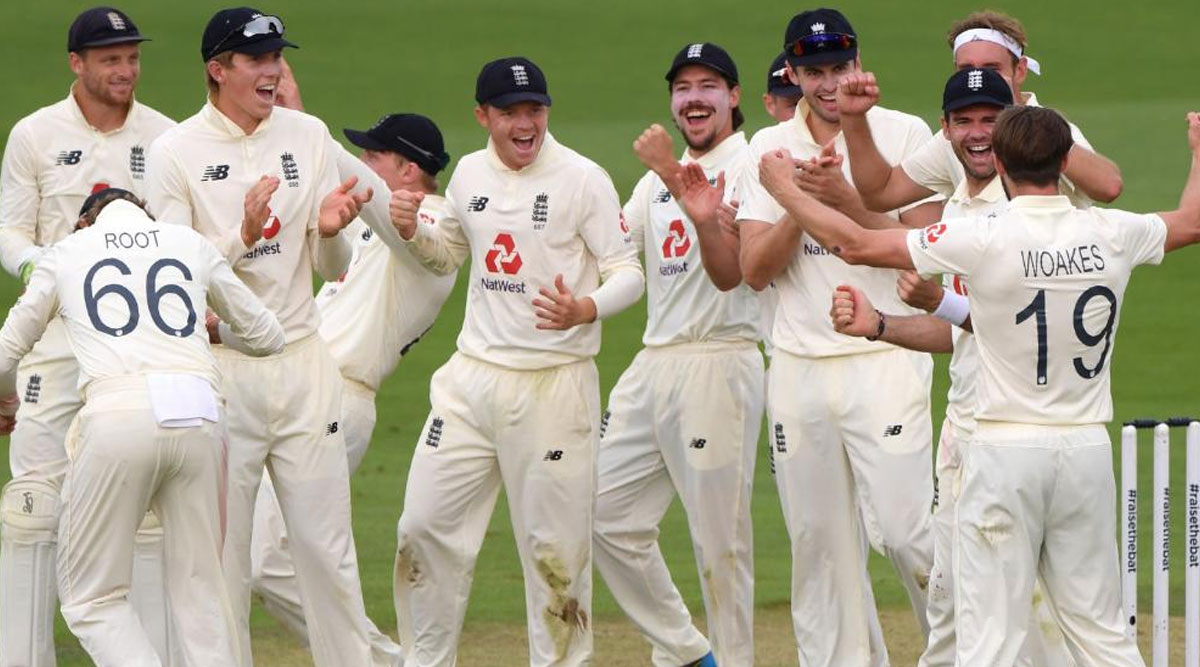 With the aim of scripting history, England will take on India in the four-match Test series. Joe Root’s men have an uphill task at hands as Team India hasn’t lost a home Test series since 2012. Interestingly, England were the last visiting team to register a Test series triumph on Indian soil, but the challenge is much more formidable this time. The Three Lions have everything to play for as they need nothing less than a 3-0 win to make a place in the World Test Championship (WTC) final which takes place later this year in Lord’s. Hence, the visitors can’t afford to get off to a losing start in the first Test which gets underway on February 5 at the MA Chidambaram Stadium in Chennai. India vs England 2021 Schedule, Free PDF Download: Get Fixtures, Time Table With Match Timings in IST and Venue Details of IND vs ENG Test, T20I and ODI Series.

England have an inexperienced top order that can be exposed against the likes of Jasprit Bumrah and Ishant Sharma. Once the ball gets old, Ravichandran Ashwin and Kuldeep Yadav will take the matter in their hands. In the department, Team India have services of Cheteshwar Pujara, Rohit Sharma, Ajinkya Rahane and skipper Virat Kohli who boast off an incredible record at home. Hence, Joe Root and Co need to be at the top of their A-game even to put up a fight. Meanwhile, let’s look at England’s likely playing XI for the first Test. India vs England 2021: Here’s How IND & ENG Fared in Their Last Tussle on Indian Soil.

Openers: Zak Crawley and Dominic Sibley opened England’s innings during the two-match Test series against Sri Lanka. Although the duo didn’t enjoy a great outing, they are likely to retain their place. However, Crawley is expected to go back to the number three spot as Rory Burns is back in the side. Hence, Sibley and Burns will start proceedings for England with the bat in Chennai.

Middle-Order: As mentioned above, Crawley is likely to go back to number three. Hence, skipper Joe Root, who batted one-down against Sri Lanka, goes to number four. Notably, the opening clash will be Root’s 100th Test match, and he would be determined to make the occasion more special with a match-winning knock. Although Dan Lawrence impressed during two Tests against the Lankan Lions, Ben Stokes will get his number five position in Chennai. The southpaw did well with both and ball during the 2016-17 series and would like to replicate his heroics. India Likely Playing XI for 1st Test vs England: Probable Indian Cricket Team Line-up for Series Opener in Chennai.

Wicket-keeper: Buttler was one of the very few England batsmen who looked comfortable against the Lankan spinners and would like to make a mark against India. His attacking brand of cricket can put the Indian spinners under pressure which is another reason why Buttler holds England’s key in this series. However, he also needs to be précised while keeping the wickets.

All-Rounders: While England already have a potent all-rounder in Ben Stokes, they’ll have to pick another player with similar skills for the number seven spot. The candidates are Chris Woakes, Sam Curran and Moeen Ali. Although Woakes and Curran have been impressive in Tests, Ali is likely to get the spot as he’s a spinner. Also, he smashed two centuries in the 2016 season. However, lately, the southpaw has been in terrible form, and it will be interesting to see how he buries the ghosts.

Bowlers: Although England have a formidable pace attack with James Anderson, Stuart Broad, Chris Woakes and Jofra Archer in ranks, only two fast bowlers can play in first Tests as the Chepauk track is known to favour spinners. Archer is fastest in the cartel and should walk in the line-up while Anderson scalped a five-fer in the second Test against Sri Lanka and shouldn’t be dropped.

The remaining two slots will be filled by Dom Bess and Jack Leach. The two spinners performed exceptionally well against Sri Lanka, but piercing defences of Indian batsmen will be a much difficult challenge.

(The above story first appeared on Reportr Door on Feb 01, 2021 05:04 PM IST. For more news and updates on politics, world, sports, entertainment and lifestyle, log on to our website reportrdoor.com).