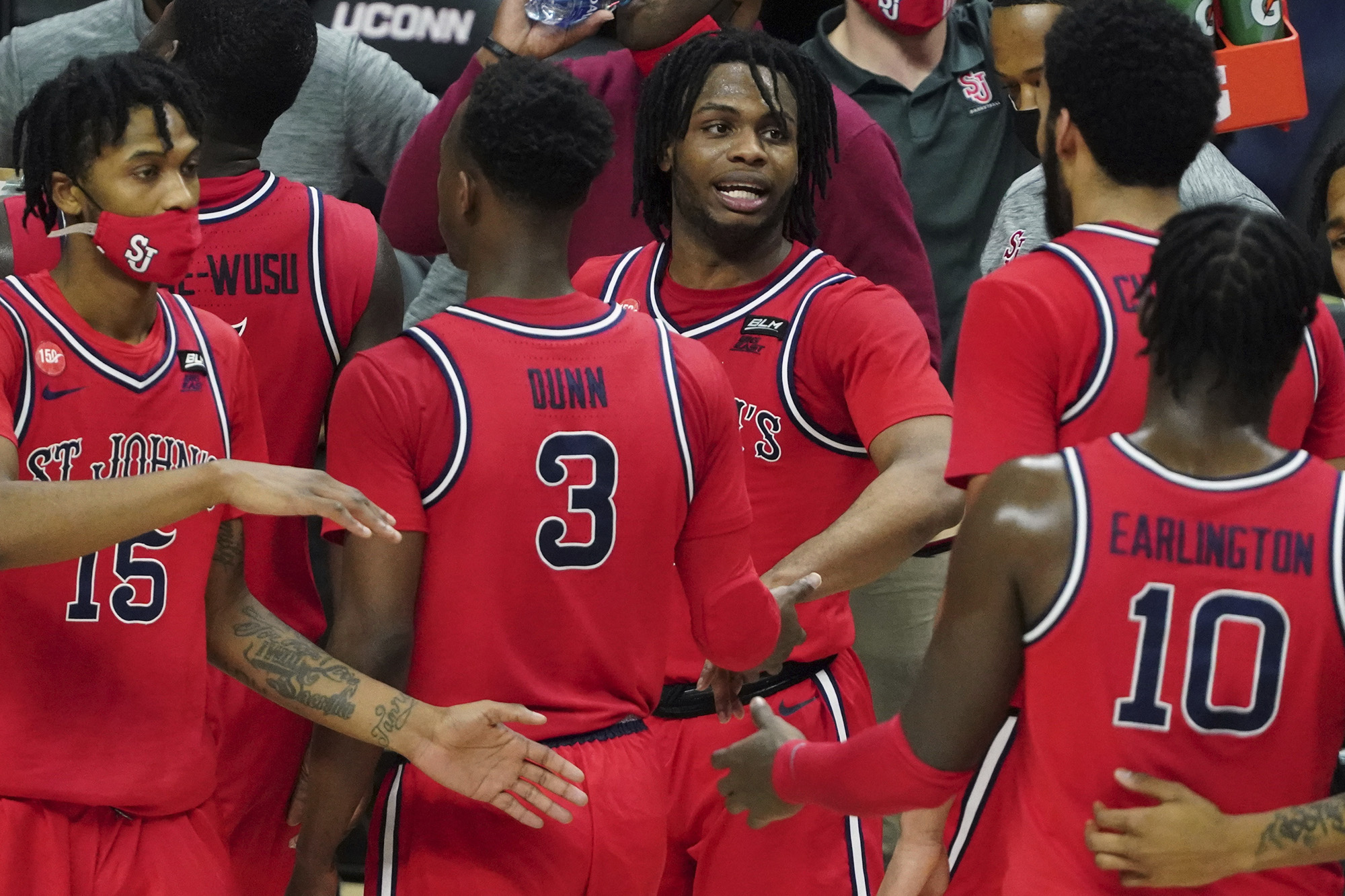 Not when Marquette was eliminating a 15-point second-half lead. Not when the game got tight in the final seconds.

Posh Alexander and Dylan Addae-Wusu didn’t let the tense nature of the moment bring the freshmen out of them. Instead, they performed like upperclassmen, keying this dramatic 75-73 win at Marquette to continue St. John’s turnaround.

The Johnnies have now w on four straight games and five of six, moving into a tie for sixth-place in the Big East after being close to the basement just a few weeks ago. It wouldn’t have been possible without the high school teammates.

Alexander’s steal and basket with 1:32 left pushed a one-point lead to three. And when Marquette answered, Addae-Wusu scored on a drive with 42.9 seconds to go. Marquette did have a chance to pull even after Julian Champagnie traveled, but Koby McEwen couldn’t finish off a drive with 3.2 seconds left. Rasheem Dunn, who had just hit two clutch free throws, pounced on the loose ball on the out-of-bounds play, and fittingly Alexander got free to run out the clock.