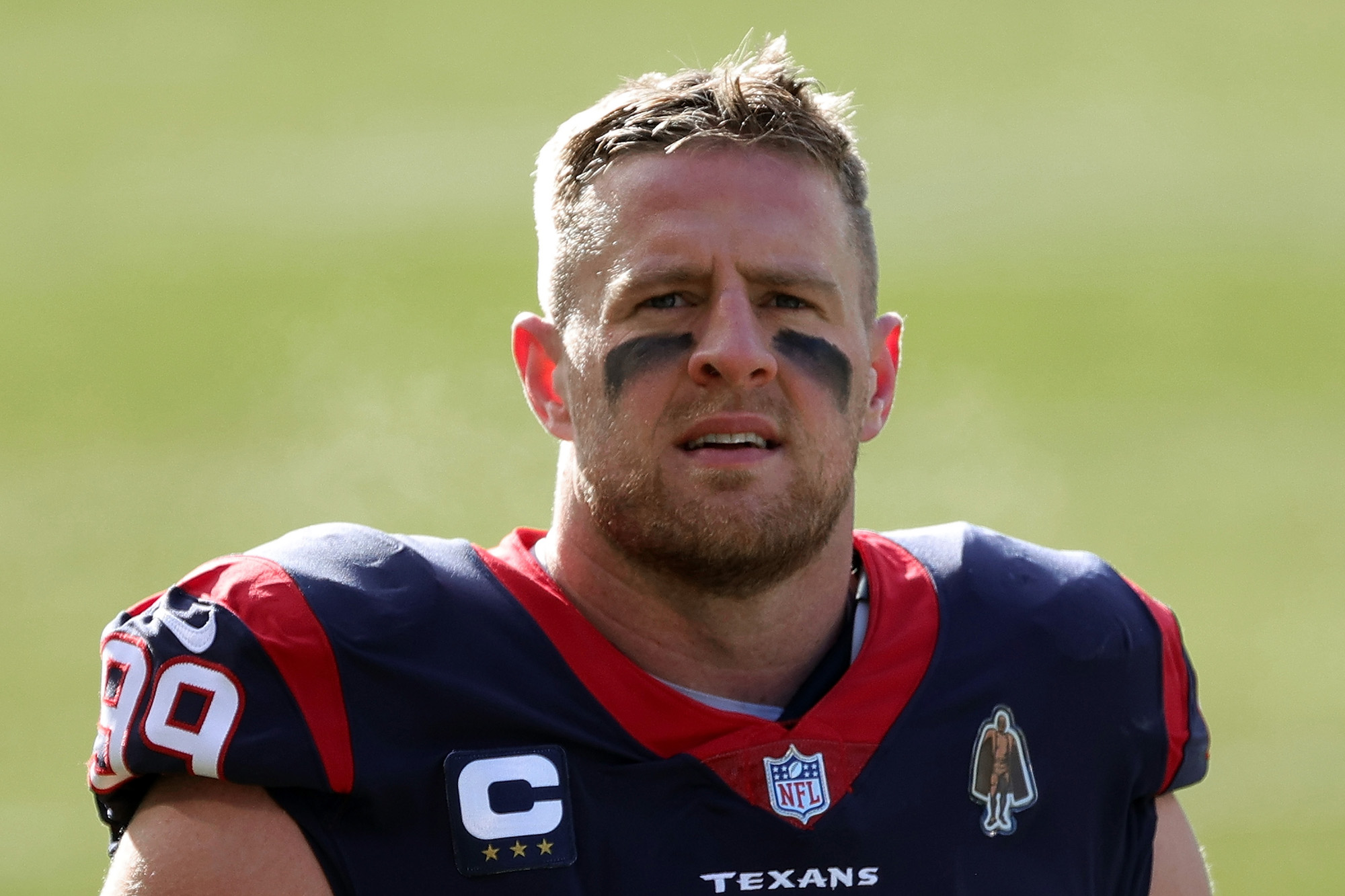 Drama in Houston is mounting for another key player.

In the midst of the Texans’ seemingly irreparable schism with quarterback Deshaun Watson, speculation of a potential divorce with three-time defensive player of the year J.J. Watt has also gained traction.

Watt joined Jimmy Fallon on “The Tonight Show” last week and spoke about how he coped with the trade rumors by going on a tropical vacation with his wife, Kealia Ohai.

“I process it by going to Hawaii for a week,” Watt said. “I probably should have stayed there. It was great. … We were enjoying Mai Tais by the pool so that was a good way for me to cope with it and I might just head back there.”

The former No. 11 overall pick has been a member of the Texans since he was drafted in 2011. The Wisconsin product has posted 531 total tackles, 101 sacks, 61 pass deflections, 26 forced fumbles, 16 fumble recoveries, two interceptions and four defensive touchdowns over 10 seasons despite numerous injuries.

His frustration with the franchise was palpable midseason after starting 1-6, prompting rumors that the five-time first-team All-Pro could be done with the Texans.

. “He knows he only has so many games left and he is ready to go and try to win. The guys in that locker room are bracing for it.”

“I don’t think it’s any secret that I don’t have 10 years left in this league,” Watt said in November. “I personally believe that I do have a few more great ones left in me… I’m not looking to rebuild. I’m looking to go after a championship, and that’s what I want to do. So, whatever is in the best interest of the Houston Texans, that’s in the best interest of myself.”

“The belief with teammates and coaches I’ve spoken to is that Watt has played his last game as a Texan,” James Palmer of NFL Network tweeted on Saturday.

Fallon specifically referenced another “therapeutic” rant during press conference in which Watt vented frustration with the team’s lack of success.

“This is a job, we’re getting paid a whole lot of money. There are a lot of people that watch us and invest their time and their money into buying our jerseys and buying a whole bunch of s–t,” Watt said at the time. “So if you can’t go out there and you can’t workout, you can’t show up on time, you can’t practice, you can’t want to go out there and win, you shouldn’t be here. … There are people that still tweet you, that still come up to you and say, ‘Hey, we’re still rooting for you, we’re still behind you.’ They have no reason whatsoever to. We stink. … That’s who I feel the most bad for is our fans.”

Reports have surfaced about potential trade interest from the Steelers, who finished 12-4 atop the competitive AFC North. They were stymied by Browns 48-37 in the wild-card round and would be a significant step up from the likely Watson-less Texans.

Watt also has two younger brothers, Derek, a 28-year-old fullback, and T.J., a 26-year-old outside linebacker, who both play for the Steelers.

“We never all played on the same team together,” Watt told Fallon of the prospect of playing in Pittsburgh. “I’m not even sure if it’s physically possible just from a bantering standpoint.”