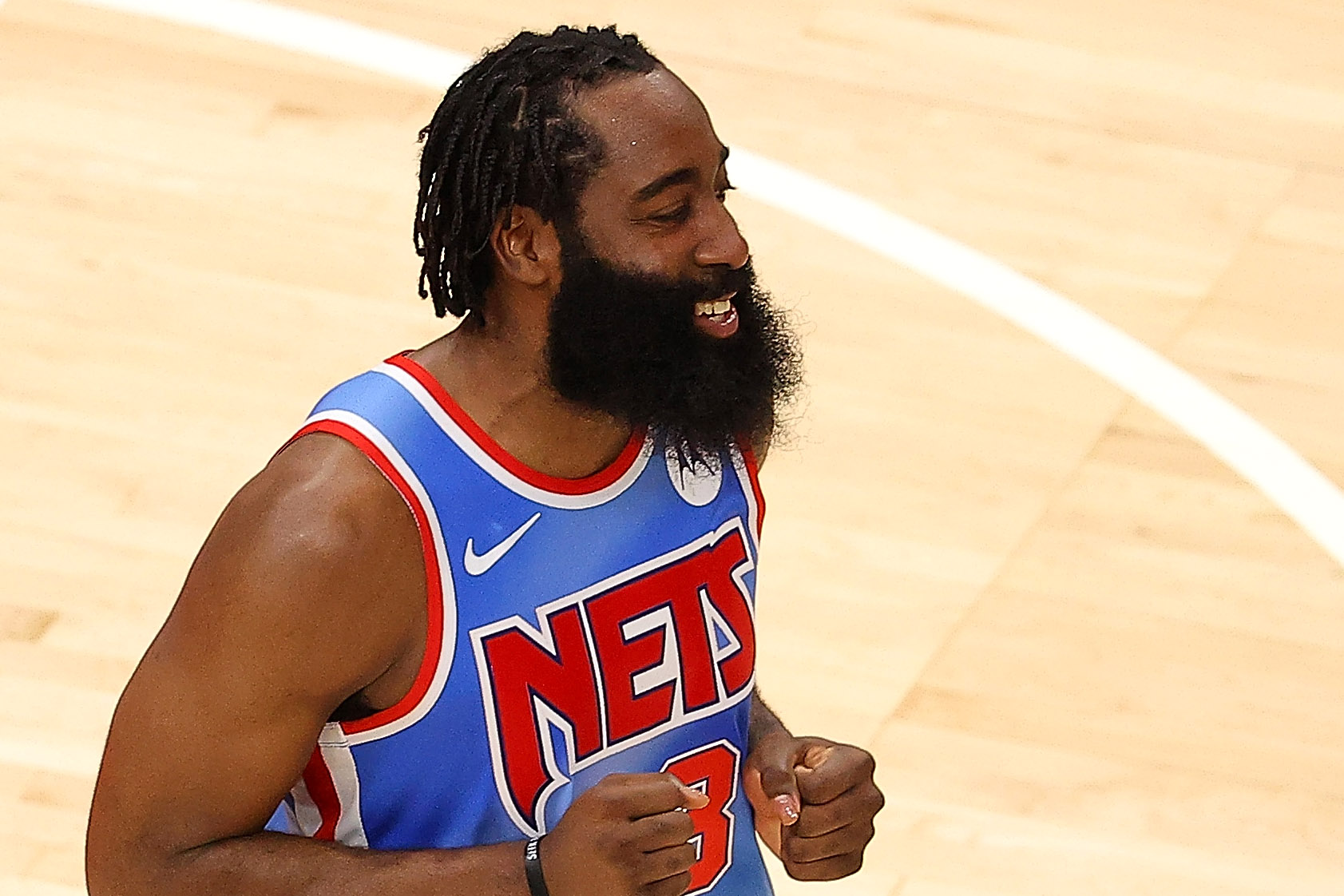 James Harden missed his first game as a Net on Sunday in Washington. After collapsing against the worst team in the East, Brooklyn will hope he’s not out too much longer.

Harden, initially listed as questionable, was ruled out several hours before tipoff with a left thigh contusion. But Steve Nash downplayed the injury as minor, and one that he didn’t expect to linger.

“Yeah, I don’t think it’s too severe. I think it’s pretty manageable, but just a precautionary measure not to get it banged again and make it severe,” Nash said. “So I don’t remember exactly when it happened. But hopefully, it’s just this game.”

Harden ended January averaging 24.3 points and 11.8 assists as a Net. He’s just the third player in team history to average at least 20 points and 10 assists in a month (minimum five games played). The Nets are 6-2 in games he’s played and host the powerhouse Clippers on Tuesday.

“So having said that, we have to compete and play together and keep building and hopefully we get a win while we do that. But it’s really important that we just keep doubling down on the way we play and trying to find that identity that we can continue to refine throughout the season.”

Iman Shumpert signed to a free agent deal Saturday — the deadline for filling that roster spot — and must turn in repeated negative COVID-19 tests in order to play by next weekend. The Nets host Toronto on Friday and play Saturday in Philadelphia.

“It’s great to have a personality. He gives our group some juice, energy and life; it’s important. And then he has a reputation of playing extremely hard, defending, doing the dirty work,” said Nash. “So, that’s always positive to bring someone who’s got a lot of fight and competitive spirit.”

The Nets signed Shumpert last season, and he averaged 4.2 points, 2.6 rebounds and 0.9 steals in 18.5 minutes. But their 9-4 mark when Shumpert played underscored a value that went beyond statistics.

He played with Harden in Houston, where he was coached by Nets assistant Mike D’Antoni. He also played alongside Kyrie Irving, Joe Harris and Jeff Green in Cleveland, where he won the 2015-16 title.

With the G-League ramping up, Nash said it’s likely that two-ways Chris Chiozza and Reggie Perry will stay with Brooklyn.

The Nets are among the teams that New Orleans has been shopping JJ Redick to. The Athletic reported that the 36-year-old guard has also been shopped to Boston and Philadelphia, where he played before. Redick bought a condo in Brooklyn in 2017, and his wife has stated she’d prefer him to play for the Nets.