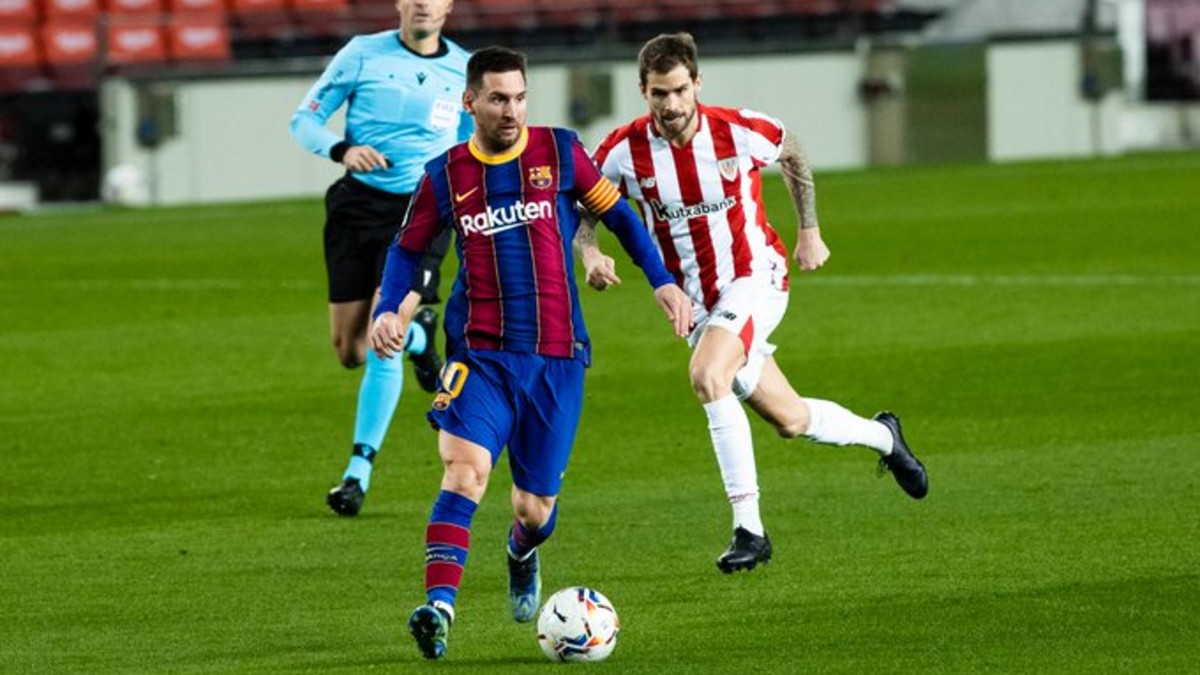 Barcelona, February 1: Argentine striker Lionel Messi on Sunday registered his 650th goal for Barcelona during the 2-1 win over Athletic Club in La Liga. Messi’s 650th goal came through a free-kick and he successfully registered a strike in the 20th minute of the match against Athletic Club.

Athletic Club then got the equaliser in the 49th minute as Jordi Alba scored an own goal, bringing the scoreline to 1-1. However, Barcelona was able to win the match as Antoine Griezmann managed to score a goal in the 74th minute, handing Messi’s side a 2-1 win.

Barcelona has now moved to the second spot in La Liga standings with 40 points from 20 matches. Out of the 650 goals for Barcelona, Messi has registered 456 in La Liga and 49 of those have been direct free-kick goals. West Ham United 1-3 Liverpool, Premier League 2020-21 Match Result: Mohamed Salah Stars as The Reds Defeat West Ham to Move at Third Spot on Points Table.

Earlier on Sunday, Barcelona threatened to take legal action against Spanish news outlet El Mundo after the newspaper published the details of Messi’s contract with the club.

Barcelona is still 10 points behind table-toppers Atletico Madrid and Messi’s team has all to do going into the business end of the competition. Barcelona will next take on Real Betis in La Liga on Sunday, February 7.