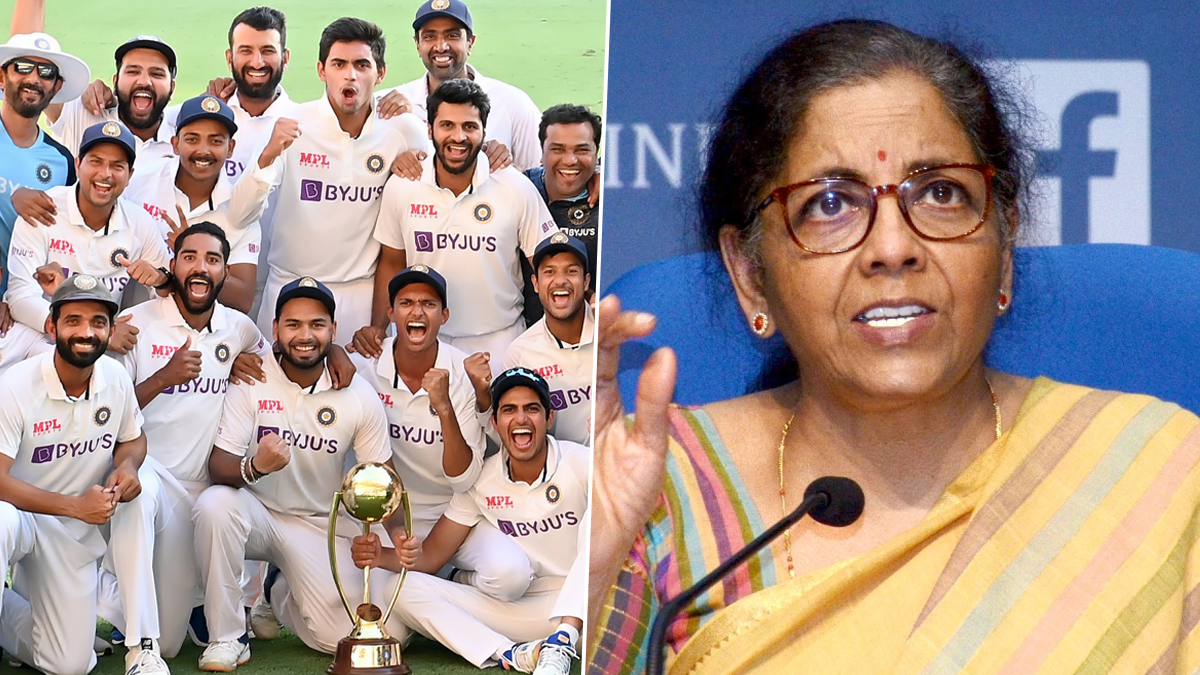 Union Finance Minister Nirmala Sitharaman, during her union budget 2021 presentation, lauded Team India’s historic 2-1 Test triumph over Australia last month. Right in the first few minutes of her speech, Sitharaman referred to the efforts of Ajinkya Rahane and others, symbolising the thirst for success that India’s youth have. All the odds were against Team India in the series, and their defeat looked a mere formality. While regular skipper Virat Kohli flew back home after the first Test, many key players including Ravichandran Ashwin, Ravindra Jadeja, Jasprit Bumrah and Mohammed Shami sustained injuries during the series. Union Budget 2021 Updates.

However, the visitors defied all the odds and thrashed Aussies at their own backyard. Young guns like Rishabh Pant, Washington Sundar, Mohammed Siraj and Shubman Gill played a crucial role in scripting history. Lauding Team India’s efforts, Sitharaman said: “I can’t help but recall the joy that we as a cricket-loving nation felt after the team India’s recent spectacular success in Australia.”

The Finance Minister further said that the Indian cricket team has inspired the nation’s youth to succeed despite all the challenges. “It has reminded us of all the qualities that we as people, particularly our youth, epitomise having abundant promise and the unsuppressed first to perform and to succeed,” she added.

Before, mentioning the Indian team’s historical victory, Nirmala Sitharam recalled Rabindranath Tagore’s words: “Faith is the bird that feels the light and sings when the dawn is still ducks faith.”

(The above story first appeared on Reportr Door on Feb 01, 2021 11:54 AM IST. For more news and updates on politics, world, sports, entertainment and lifestyle, log on to our website reportrdoor.com).