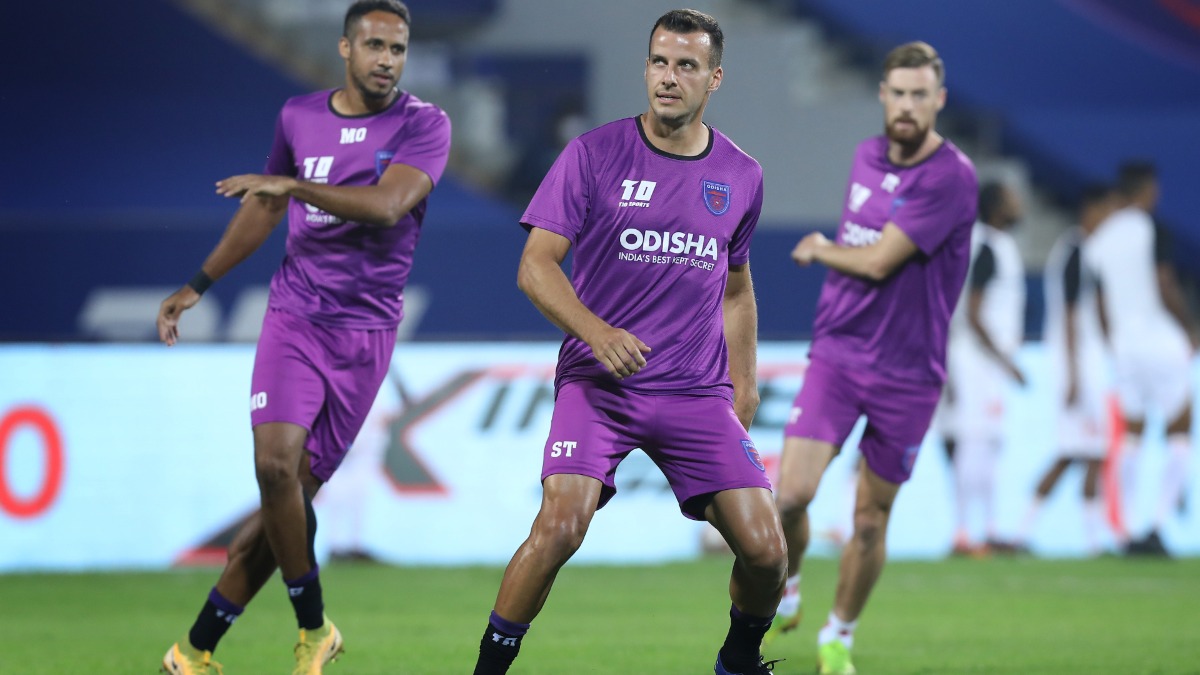 Odisha FC (OFC) will square off against Jamshedpur FC (JFC) in Indian Super League (ISL) 2020-21 match no 79. The game will be held at the GMC Stadium in Bambolim, Goa on February 1, 2021. Odisha FC will enter this game after an entertaining 1-1 draw against Bengaluru FC. While Jamshedpur FC had 0-0 draw in their previous encounter with Kerala Blasters. Meanwhile, you have arrived at the right page, if you are looking for OFC vs JFC ISL Season 7 live streaming on Disney+Hotstar along with live telecast details. OFC vs JFC Dream11 Team Prediction in ISL 2020–21: Tips to Pick Goalkeeper, Defenders, Midfielders and Forwards for Odisha FC vs Jamshedpur FC in Indian Super League 7 Football Match.

Jamshedpur FC has not won a single game in their last five outings, which includes three consecutive loses. JFC are indeed eagerly waiting for a massive win. If we speak of Odisha FC, they have had a sad story so far in ISL 2020-21 as they have registered only a single victory from 13 games they have played so far. JFC is at the eighth position with 15 points, while OFC is at the bottom with 8 points as per the latest point table of ISL Season 7.

Odisha FC vs Jamshedpur FC match in ISL 2020-21 will be played at the GMC Stadium, Bambolim, Goa. The game will be played on February 1 (Monday) and it is scheduled to start at 07:30 pm IST (Indian Standard Time). Indian Super League 2020–21 Points Table.

Fans can watch the live telecast of the Odisha FC vs Jamshedpur FC match in ISL 2020-21 on Star Sports channels. Star Sports is the official broadcaster of Indian Super League season 7 in India and will be live streaming the matches. Fans can tune into Star Sports 2, Star Sports 3, Star Sports Hindi and its HD substitutes to catch the live-action.

(The above story first appeared on Reportr Door on Feb 01, 2021 01:26 PM IST. For more news and updates on politics, world, sports, entertainment and lifestyle, log on to our website reportrdoor.com).