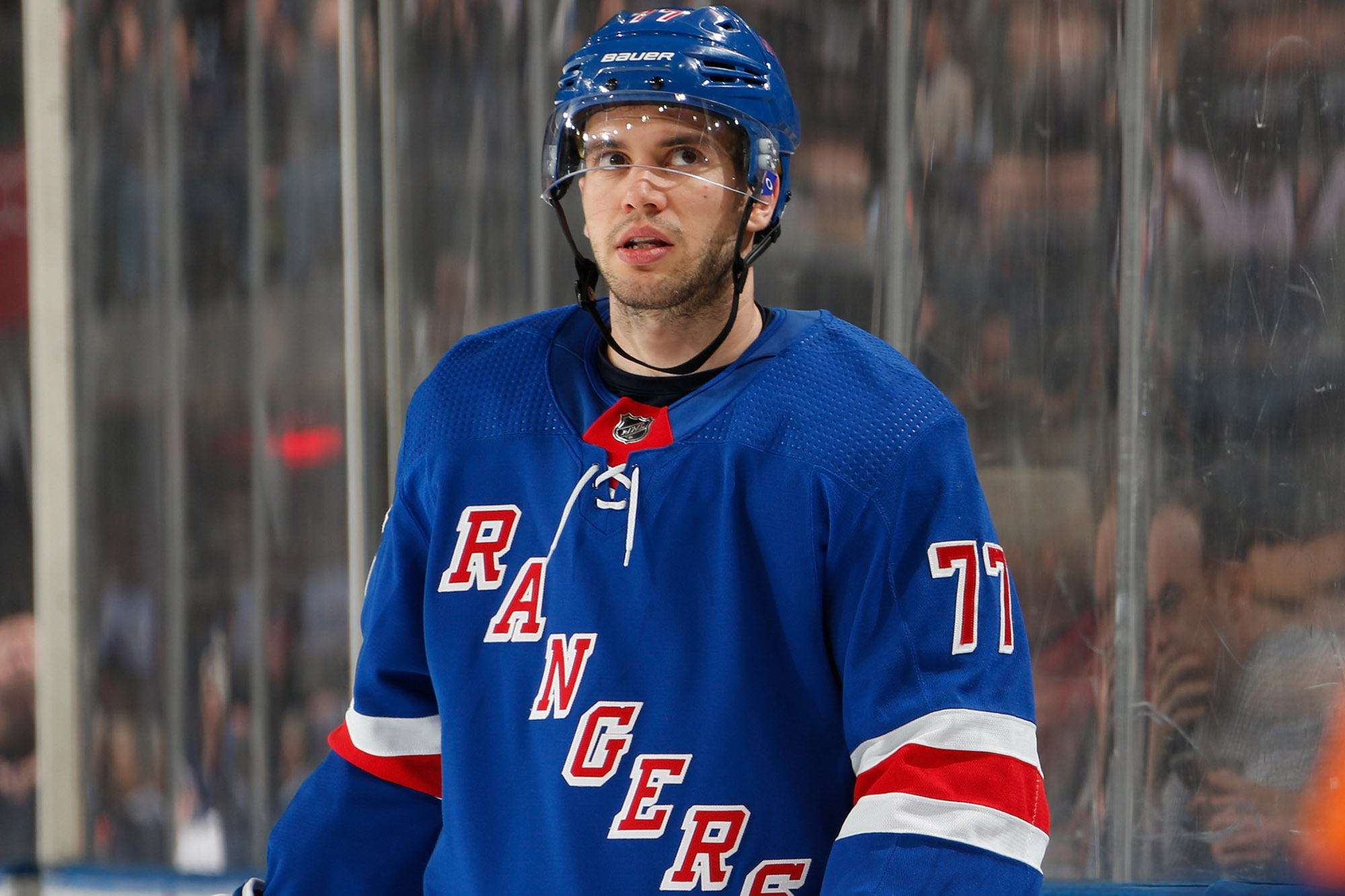 DeAngelo, the offensively gifted but hot-headed defenseman, cleared waivers on Monday after being designated following a postgame confrontation with goaltender Alexandar Georgiev after Saturday’s overtime loss to the Penguins.

The Rangers assigned DeAngelo to their taxi squad, and are expected to try to trade the 25-year-old.

A first-round pick of the Tampa Bay Lightning in 2014, DeAngelo’s production — including an impressive 53 points in 68 games last season — has consistently taken a backseat to negative attention-drawing antics.

DeAngelo has been suspended multiple times throughout his hockey career.

He signed a two-year, $9.6 million extension last offseason with the Rangers, his third team since being drafted.