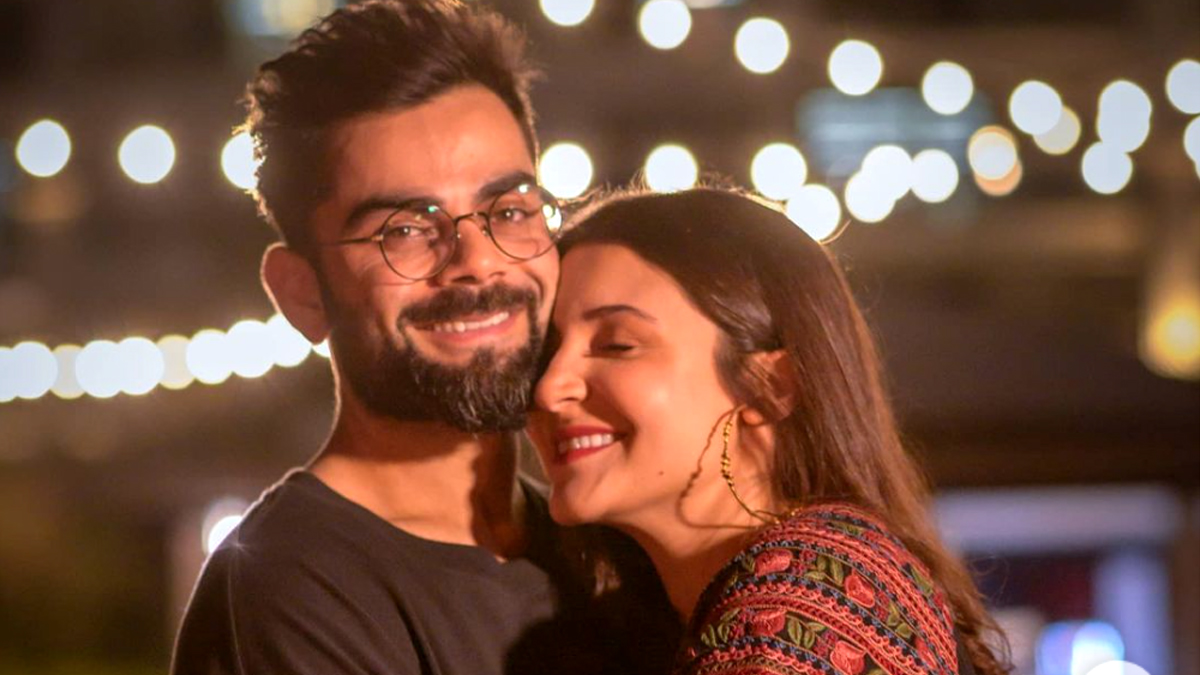 After making fans wait for so long, Virat Kohli and Anushka Sharma finally gave glimpses of their baby girl. Taking to Instagram, the Bollywood actress shared an adorable picture in which the couple can be seen holding their little princess. Anushka also revealed that the little toddler has been named Vamika. The pic didn’t take long in getting viral as fans showered their blessings in the comment section. While Virat is yet to make a post on his page about his daughter, he dropped a heart-winning comment on Anushka’s picture, which is enough to showcase his delight. Hardik Pandya, Ishaan Khatter and Others React As Anushka Sharma, Virat Kohli Name Their Daughter Vamika.

“My whole world in one frame,” the 32-year-old commented with a red heart emoji. Kohli’s response garnered a lot of attention as fans were overwhelmed, seeing the talismanic cricketer’s love for his family. Kohli is indeed on cloud nine after the birth of his first child and his followers on social media must be aware of the fact. He even changed his Twitter bio after welcoming his little princess on January 11 last month. Meanwhile, let’s look at how the star batsman showered love on Anushka and Vamika. Anushka Sharma And Virat Kohli Name Their Baby Girl Vamika! Know The Meaning Behind The Name Of The Couple’s Little Angel.

Meanwhile, Virat Kohli is set to return to the cricket field for the upcoming four-match Test series against England. The opening clash gets underway on February 5 at the MA Chidambaram Stadium in Chennai. The series holds great significance as India can consolidate the top spot in ICC World Test Championship (WTC) points table. At the same time, they can also displace New Zealand at the top of Test team rankings. On the other hand, Joe Root’s men nothing less than a series win to stay alive in the WTC final race.

(The above story first appeared on Reportr Door on Feb 01, 2021 02:52 PM IST. For more news and updates on politics, world, sports, entertainment and lifestyle, log on to our website reportrdoor.com).