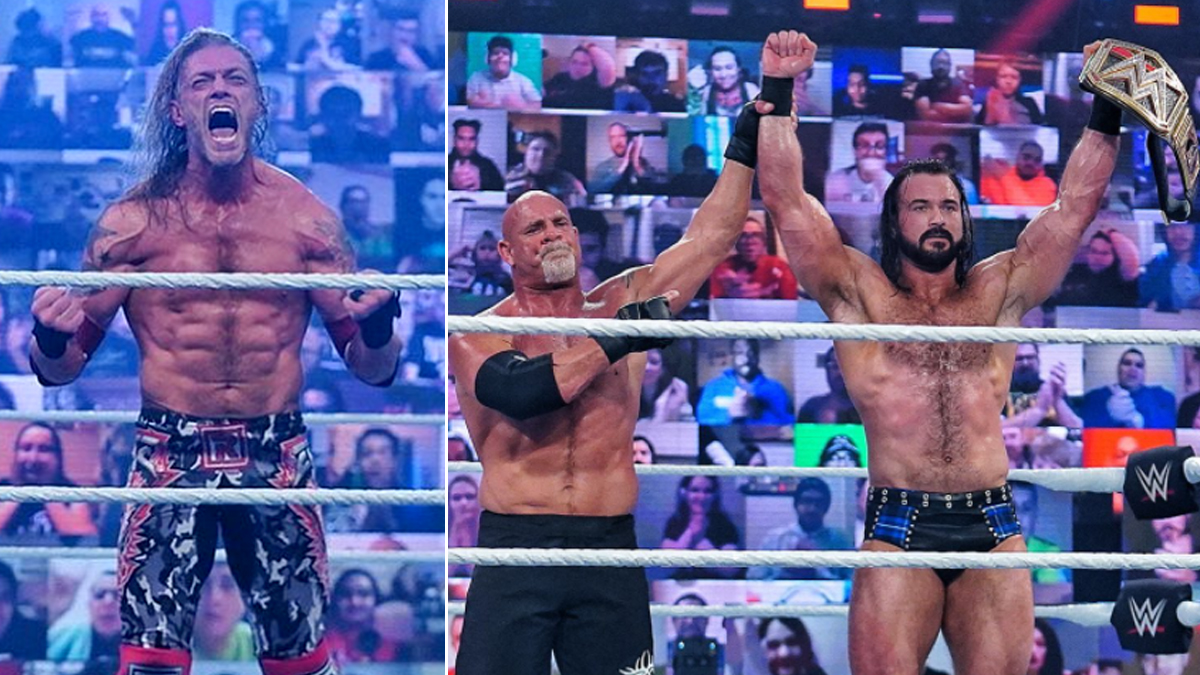 WWE Royal Rumble 2021 took place on January 31, 2021, at Tropicana Field in Tampa, Florida in presence of virtual audience via WWE ThunderDome concept. We witnessed an amazing battle between Roman Reigns and Kevin Owens in last man standing match, where The Big Dog retains Universal Championship belt. Drew McIntyre was successful in defending WWE Championship against Goldberg. However, the night will be remembered for Edge as he wins men’s Royal Rumble 2021 by dodging a surprise attack from Randy Orton. Bianca Belair wins women’s Royal Rumble 2021. Both these wrestlers now have the ticket to WrestleMania 37 where they can challenge World champion from Raw or SmackDown brand for the title match at the mega-event. Meanwhile, you have arrived at the right page, if you are looking out for winner, highlights and results from Royal Rumble 2021.

Edge was out of action for months after suffering torn triceps at Backlash 2020 where he lost to Orton. The Rated-R superstar surprisingly won Royal Rumble 2021 by entering at number 1 spot where he lasted in the match for around 58 minutes. The last entrant for Royal Rumble 2021 match was Braun Strowman, while Seth Rollins entered at number 29. Christian also made his presence at the recently-concluded pay-per view where he played a big role in Edge’s victory by uniting with him to eliminate many superstars. Damian Priest from NXT entered at number 14 and impressed fans by eliminating many wrestlers including big names like Kane, The Miz and John Morrison.

Seth Rollins is Back

Now fans will be curious to know whom Edge will challenge for the world title at WrestleMania 37. It could either be Drew McIntyre or Roman Reigns. Likewise, Bianca Belair can challenge Asuka or Sasha Banks. Stay tuned with Reportr Door for more updates from WWE.

(The above story first appeared on Reportr Door on Feb 01, 2021 10:05 AM IST. For more news and updates on politics, world, sports, entertainment and lifestyle, log on to our website reportrdoor.com).