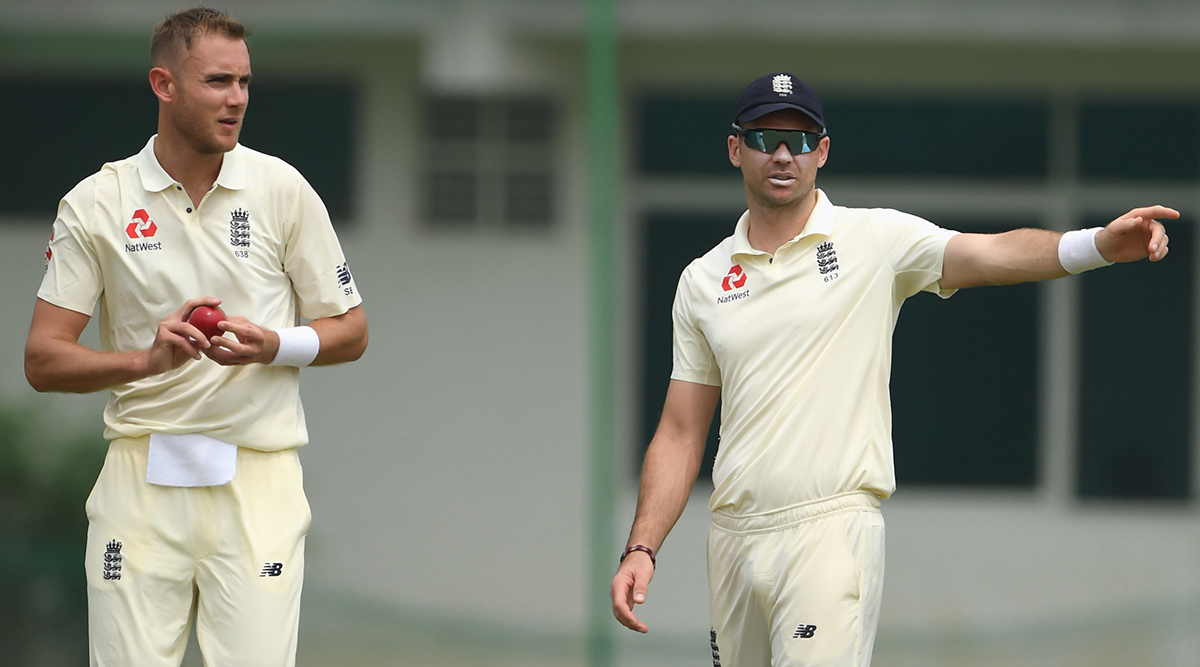 England are set to take on India in a four-match Test series in the subcontinent. Both teams are coming into the series on the back of wins away from home as India created history in Australia while England were dominant in Sri Lanka. Several new faces will be looking to make their mark for respective sides but the series remains equally important for veterans James Anderson and Stuart Broad, who will be crucial for the visitors. Top Order Remains England’s Achilles Heel As India Cement Theirs.

James Anderson and Stuart Broad have been at the forefront of England’s bowling attack in Tests for nearly a decade now and have been immensely successful, amassing over 1000 wickets between them in the longest format. And despite being in their late 30s, the duo are showing no signs of slowing down. BCCI To Allow 50% Spectators for India vs England 2nd Test in Chennai.

England’s prominent pace duo impressed in the recently concluded series against Sri Lanka. James Anderson, who played the first game, took his 30th fifer in the longest format while Stuart Broad also showed his quality in his only outing. Both of them would be hoping to replicate a similar kind of form against India and lead the visitors to a crucial win.

If the way England played in Sri Lanka was any indication, it looks like the visiting side could line-up with either Stuart Broad or James Anderson in the starting XI. But considering India’s dominance in Australia, the England management could opt for their frontline bowlers to start together and Test the hosts from the start.

Much has been made of both team’s opening order ahead of the series as England’s top two have struggled to make consistent scores in recent times a trend which continued against Sri Lanka. And though the Indian top-order flourished against Australia, they are fairly inexperienced and could face complications against the likes of James Anderson and Stuart Broad.

(The above story first appeared on Reportr Door on Feb 02, 2021 06:45 PM IST. For more news and updates on politics, world, sports, entertainment and lifestyle, log on to our website reportrdoor.com).