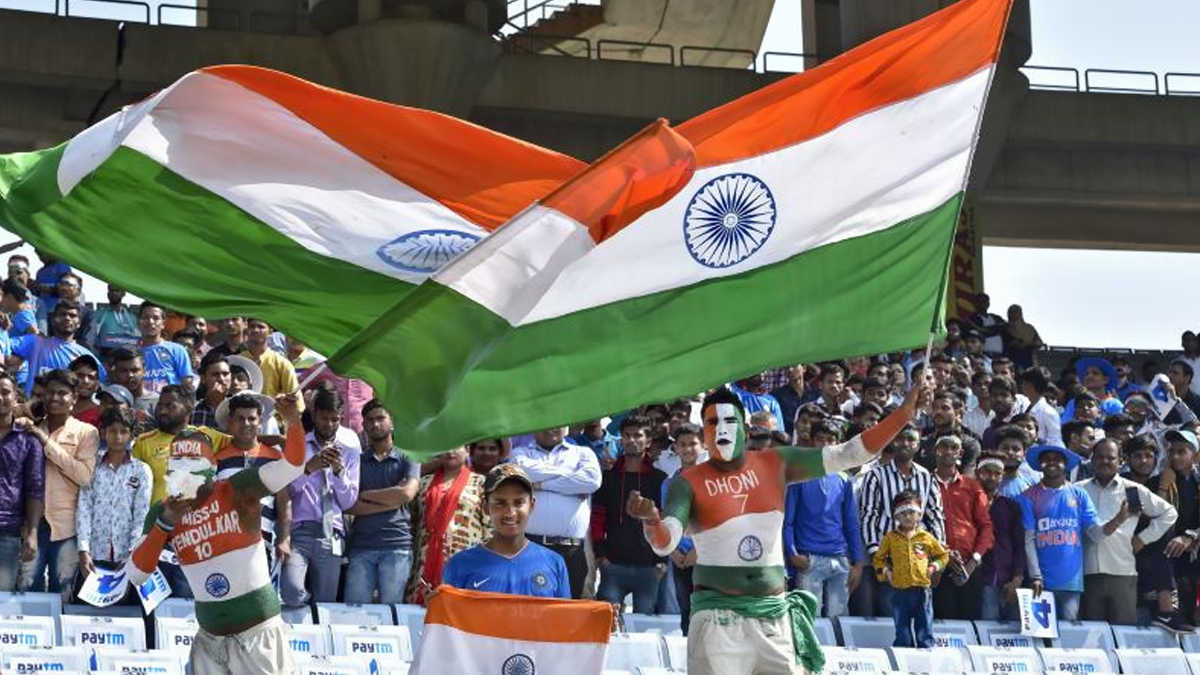 Fans will be allowed back into stadiums for the first time in almost a year when India play England in the second Test match in Chennai. The Tamil Nadu Cricket Association, on Tuesday, announced crowds up to 50% of the stadium capacity will be allowed at the MA Chidambaram Stadium in Chennai for the India vs England second Test match, which is set to be played from February 13. The TNCA, however, said that the stadium will be shut for spectators for the opening Test of the four-match series at the same venue. IND vs ENG 2021: A Look At James Anderson and Stuart Broad’s Bowling Record in Tests in India.

“The first Test Match between India and England being held between 5th and 9th February 2021 will be played behind closed doors without spectators as a precautionary measure for COVID-19 situation,” Tamil Nadu Cricket Association was quoted as saying by Cricbuzz in a release. Virat Kohli, Ravi Shastri Address Team India Ahead of 1st Test Against England in Chennai (View Pics).

“In view of the Government announcement that 50% occupancy would be allowed in stadia, Tamil Nadu Cricket Association will allow 50% spectators for the 2nd Test to be held between 13th and 17th February 2021.”

The India vs England Test series will be the first international cricket event in India since the India-Australia series here in January last year. With coronavirus pandemic raging in the country, the India vs South Africa ODI series at home had to be postponed in March 2020 and since then cricket events have been cancelled or postponed in the country. The recently concluded Syed Mushtaq Ali Trophy 2021 was the first cricket event of any sorts to be played in India since COVID-19 ravaged through all sports calendars and brought the sporting world to a halt.

(The above story first appeared on Reportr Door on Feb 02, 2021 07:40 PM IST. For more news and updates on politics, world, sports, entertainment and lifestyle, log on to our website reportrdoor.com).