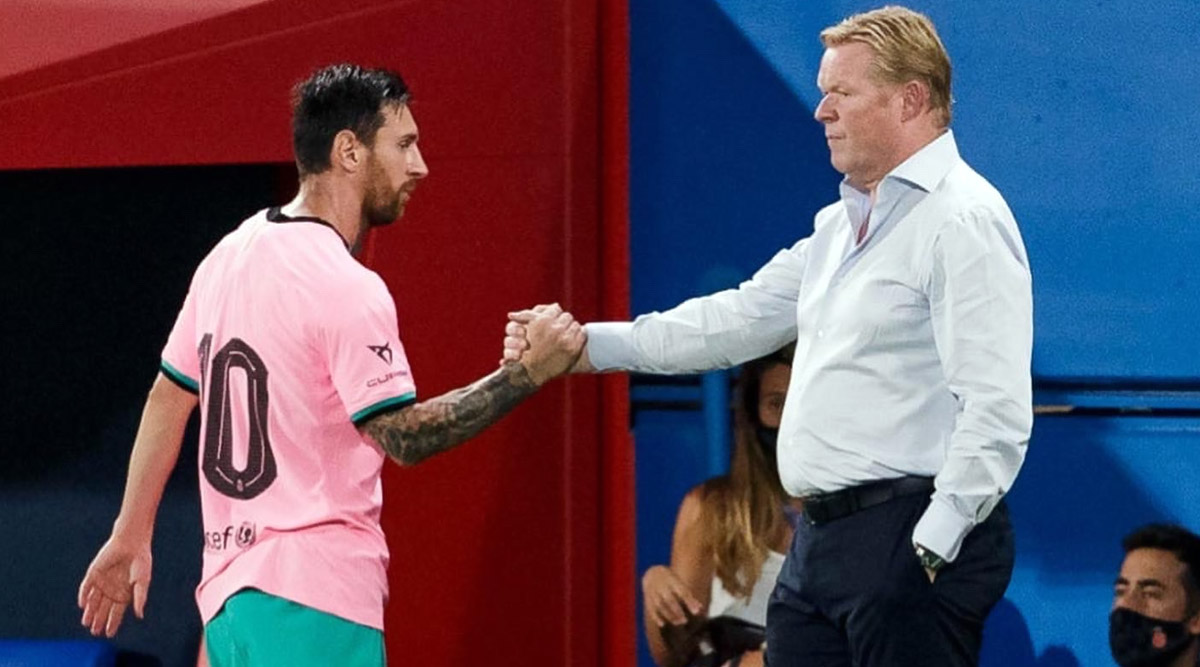 Lionel Messi is in the final few months of his contract with Barcelona and till now there is no indication that the Argentine will extend his stay with the Catalan giants. Barcelona boss Ronald Koeman stated that he is ‘not confident’ that the 33-year-old will sign a new deal with the Bluagranas but remains hopeful. The six-time Ballon d’Or winner is currently free to agree on a pre-contract with other teams. Lionel Messi Contract Leak: Barcelona Presidential Candidates Joan Laporta, Victor Font Condemns Publication of Details.

The Argentine expressed his desire to leave Barcelona last summer but after a long transfer saga, decided to stay for another year and see out his current contract with the club. Now with Messi entering his final five months at the Catalans, speculation over his future intensifying with each passing week as PSG and Manchester City are tipped as the favourites to sign him. Lionel Messi Transfer to PSG? Before Retirement Angel Di Maria Hoping to Play Alongside his Compatriot.

Ronald Koeman while speaking with The Athletic admitted that he is not sure as to whether the 33-year-old will continue playing at Barcelona but cannot imaging the Argentine playing for another club. ‘I’m not confident about that,’ said the Dutch manager when asked if Lionel Messi will extend his contract.

‘I’m hopeful, yes, about this because he’s still a great player and he’s still winning matches for us, for the team. I’m enjoying being his coach, if you look at his qualities every day in the training sessions, it’s incredible. Of course, he came as a young kid to Barcelona. And I still don’t see Leo Messi in another shirt other than the Barca shirt,’ Koeman added.

After a difficult start, Lionel Messi is beginning to fond his form in recent times and has been playing an important part in Barcelona’s recent positive run. The Argentine has scored 16 goals in 24 games for the Blaugranas this season as the team competes for silverware on multiple fronts.

(The above story first appeared on Reportr Door on Feb 02, 2021 05:44 PM IST. For more news and updates on politics, world, sports, entertainment and lifestyle, log on to our website reportrdoor.com).