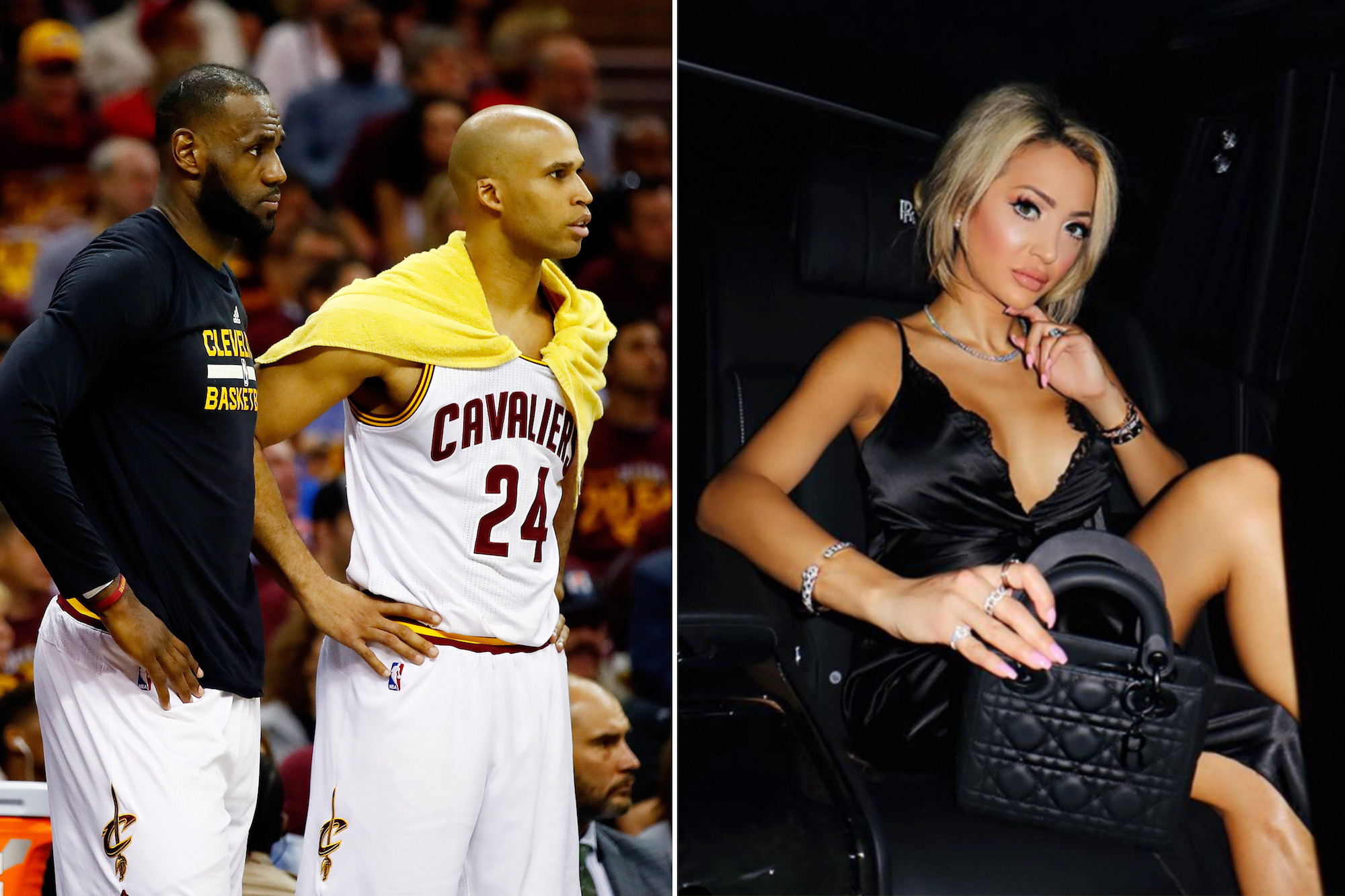 One former Cavalier isn’t on Team LeBron this time.

“richard jefferson is doing lebron dirty by liking all of courtside karen’s pics on instagram,” the Twitter account @buckets wrote shortly after the game, accompanied by four screenshots of Jefferson liking Carlos’ photos.

The 40-year-old Jefferson played for eight teams throughout his 18-year career, including the Cavaliers during James’ return to Cleveland. The pair won the NBA championship in 2016 and are close.

Jefferson, perhaps jokingly, did not refute the accusation and even went a step further.

“Wait you guys can see that? 🤬I’m in her side,” he wrote in a quote-tweet just moments later.

Carlos — who claims to be 25 years old on social media — was one of four fans ejected from Atlanta’s State Farm Arena on Monday after engaging in a verbal altercation with the Lakers star during the fourth quarter. She held up both middle fingers while being escorted out and posted an expletive-laden video on Instagram claiming James was the one that started the feud by cursing at her husband, Chris Carlos.

After the game, James, 36, coined the nickname, “Courtside Karen,” which was trending on Twitter for hours later and prompted a flood of #CourtsideKaren memes.

“Courtside Karen was MAD MAD!!” James tweeted following the Lakers’ 107-99 win in which he recorded 21 points, 7 rebounds and 9 assists.

“At the end of the day, I’m happy fans are back in the building,” James told reporters post-game. “I don’t feel like it was warranted to be kicked out. There was a back-and-forth between two grown men. We said our piece, he said his piece, I said my piece, and then someone else jumped into it and said their piece. I didn’t think they should’ve been kicked out, but they might’ve had a couple of drinks, maybe, and they could’ve probably kept it going and the game wouldn’t have been about the game anymore, so the referees did what they had to do.”

The Lakers move to 16-6 this season after Monday’s win and will face the Nuggets (12-8) at the Staples Center on Thursday.