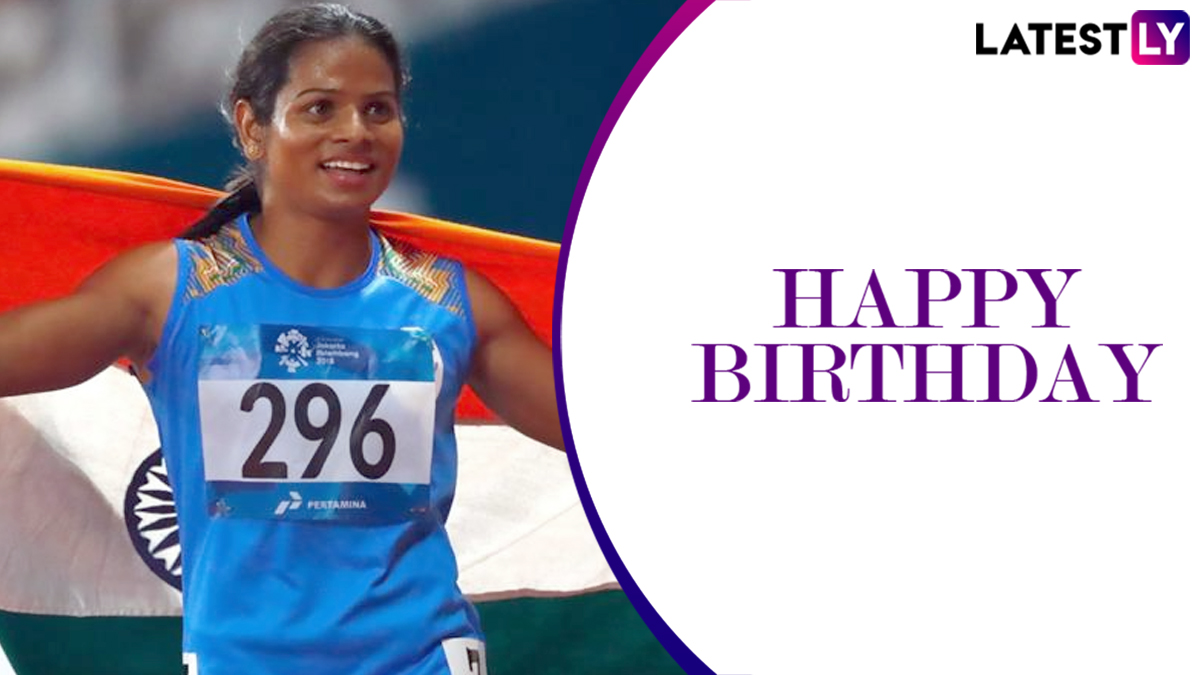 India’s first sprinter to win a gold medal at the Universiade, Dutee Chand celebrates her 25th birthday on February 3, 2021 (Wednesday). Dutee is a two-time Asian Games silver medallist and only the third Indian woman to qualify for the women’s 100m event at the Olympic Games. She also scripted history in 2018 after becoming India first medallist at women’s 100m event in 20 years. Dutee clinched a silver medal at the women’s 100m and 200m events becoming the first from the country to win a medal at the 100-metre event after 1998. Here let us take a look at some lesser-known facts about Dutee Chand. Monty Panesar, Former England Spinner, Invites Rihanna To Talk on Indian Farmers’ Protest.

Born to a poor family of weavers, Dutee struggled hard to make it big in athletics and had to train barefoot at the start of her athletics career. But despite her struggles, Dutee scripted history by winning a bronze medal at the 2013 Asian Athletics Championships and also became the first from the country to reach the final of a global athletics 100m final at the 2013 World Youth Championships. In the same year, she also became the national champion in 100 and 200 metres events. Take a look at some interesting facts about her.

At the 2018 Asian Games event, Dutee clinched silver medals at the 100m and 200m events. Next year at the Summer Universiade event in Napoli, Chand won gold in 100m race becoming the first Indian sprinter to win a gold medal at the event.

(The above story first appeared on Reportr Door on Feb 03, 2021 08:00 AM IST. For more news and updates on politics, world, sports, entertainment and lifestyle, log on to our website reportrdoor.com).