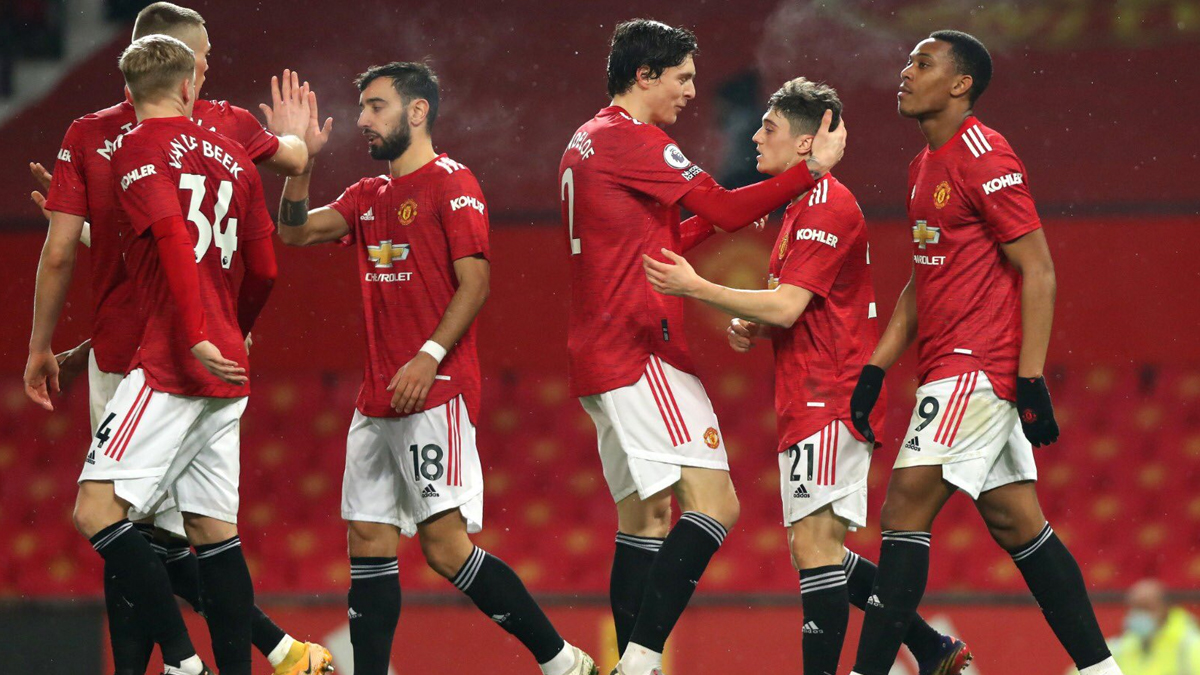 Manchester United hammered Southampton 9-0 in the Premier League 2020-21 clash on Wednesday, equalling the record for the biggest win in EPL history. Ole Gunnar Solskjaer’s men were at the top of their A-game at the Old Trafford as the visitors didn’t get any chances of making a bounce back. Aaron Wan-Bissaka, Marcus Rashford, Edinson Cavani and Jan Bednarek’s own goal made it 4-0 before half-time. Anthony Martial scored a brace in the second half, while Scott McTominay, Bruno Fernandes and Daniel James also found nets to demolish the nine-man Southampton side further. With this win, the Red Devils have equalled their own record of largest margin of victory in the Premier League. As fans continue to celebrate United’s triumph over Southampton, let’s look at five biggest wins in EPL History. Manchester United Hammer Southampton 9-0 in EPL 2020-21, Netizens Rejoice as Red Devils Equal Biggest Win.

Long before demolishing Southampton, the Red Devils thrashed Ipswich Town by the same margin in EPL 1994-15. Andy Cole wreaked havoc against the visitors and scored as many as five goals. Mark Hughes scored a brace while Roy Keane and Paul Ince registered one goal apiece to script history at the Old Trafford.

Southampton’s torrid run in EPL 2020-21 continued against Manchester United as they suffered their second 0-9 defeat inside two years. The visitors received a blow early as debutant Alexandre Jankewitz was sent off in the second minute before Jan Bednarek also received a red card for a foul. The Red Devils showed no mercy against the nine-man attack and scored one goal after another. With this win, they also advance to the second position in team standings.

It was Sir Bobby Robson’s first home game as Newcastle United manager, and his men made the occasion even more special with an emphatic show. United won 8-0 thanks to five goals from Alan Shearer and strikes from Aaron Hughes, Kieron Dyer and Gary Speed. This remains the second-biggest victory in Premier League history.

Jermain Defoe couldn’t do anything wrong when Tottenham Hotspur hosted Wigan Athletic in EPL 2009-10. While Peter Crouch opened the scoring for Spurs in the ninth minute, Jermain Defoe unleashed mayhem in the second half and scored as many as five goals. Aaron Lennon, David Bentley and Niko Kranjcar also netted goals to dent the visitors further. Paul Scharner was the lone scorer for Wigan Athletic.

(The above story first appeared on Reportr Door on Feb 03, 2021 10:10 AM IST. For more news and updates on politics, world, sports, entertainment and lifestyle, log on to our website reportrdoor.com).