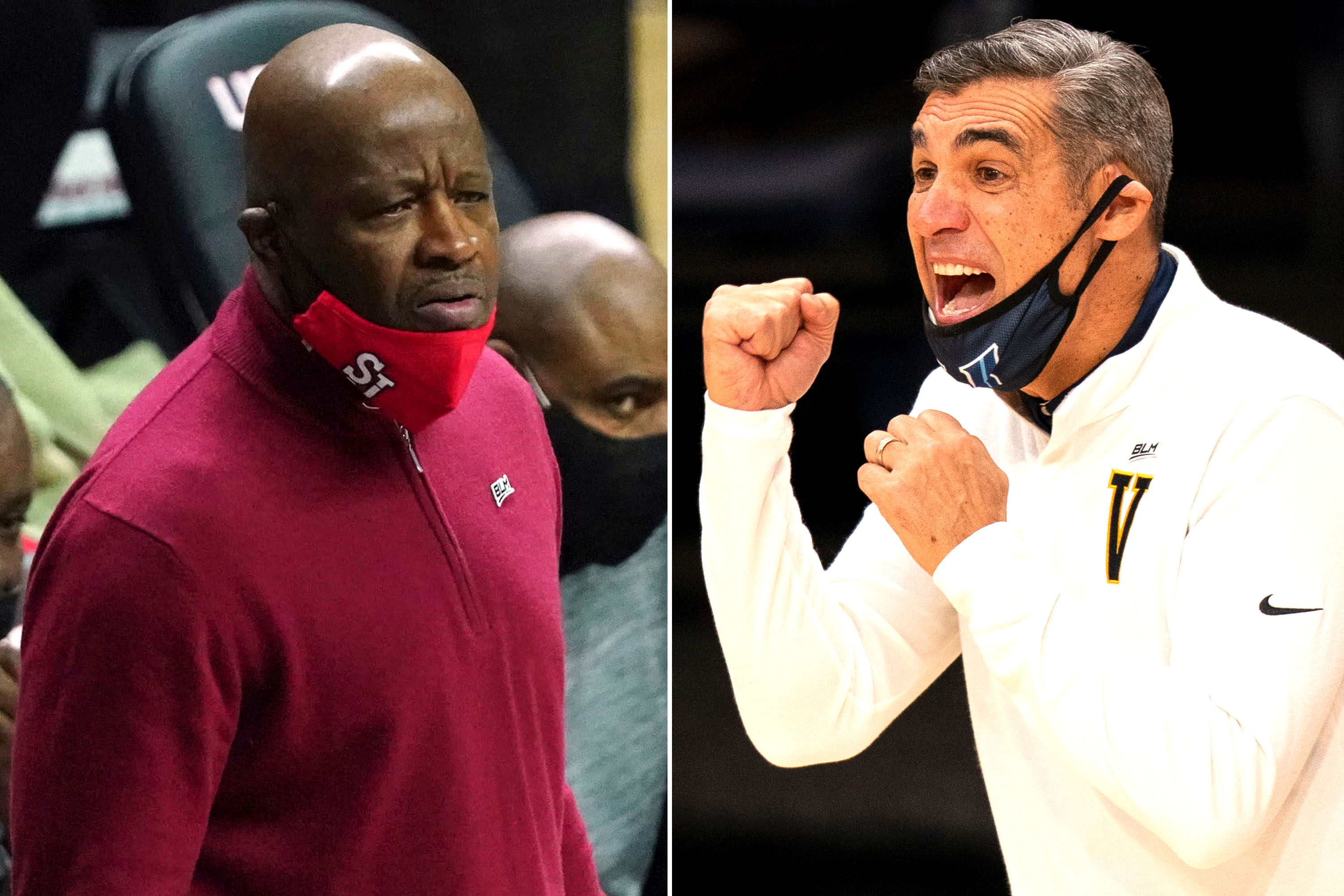 The past three weeks have been good to St. John’s.

During that stretch, the Red Storm have five wins in six games, a confidence-boost for a program that had been flirting not only with disaster, but also with irrelevance. The Johnnies have risen in the Big East standings, into a sixth-place tie with Providence after spending the early part of the conference season near the basement. They even have some fans dreaming about the NCAA Tournament if this run can mushroom.

But now appears the real litmus test. Third-ranked Villanova comes to Queens on Wednesday night, presenting both a huge opportunity and a daunting task.

“It’s about us doing what we do best, and that’s playing defense, playing hard, attacking the glass, and just playing at our pace, controlling the game at our pace.”

St. John’s (11-7, 5-6) enters this showdown playing its best basketball of the season. Point guard Posh Alexander has emerged as the league’s front-runner for freshman of the year honors. Sophomore forward Julian Champagnie is leading the Big East in scoring. The Red Storm are coming off three consecutive road league wins (the first time they have done that since January 2013) and their defense has improved considerably.

Forward Josh Roberts has been instrumental in the turnaround, proving a rim-protecting force that was previously lacking as he was buried on the bench.

“What’s changed is our identity, getting back to our identity, which is defense, being a scrappy team, getting after it up in peoples’ faces,” Dunn said. “Everyone is just on the same page, knowing what they have to bring to the table in order for us to win.”

Of course, the past five opponents (St. John’s played Marquette twice in the six-game span) were not Villanova. The top team St. John’s has played this year, No. 15 Creighton, defeated the Johnnies by a combined 36 points in two games. And Connecticut was without star guard James Bouknight on Jan. 18 in a 74-70 St. John’s victory.

Villanova, meanwhile, has won nine straight games, five by double figures. The Wildcats (11-1, 4-0) have balance, with four players averaging in double figures, and Jay Wright’s team is averaging just 8.3 turnovers per game, the fewest in the country. Point guard Collin Gillespie has 12 turnovers in 12 games and will go against Alexander, the Big East leader in steals at 2.7 per game.

“It’s not necessarily about trying to steal the basketball,” St. John’s coach Mike Anderson said. “That’s what we got to understand. We just want to be disruptive.”

St. John’s is not expected to win. It opened as an eight-point underdog, a number that will likely rise by tipoff. Then again, the Red Storm weren’t supposed to win at UConn or Marquette, either.

“We’ve proven a lot of people wrong, and this game is very big for us,” Dunn said. “It just shows us where we are as a team.”